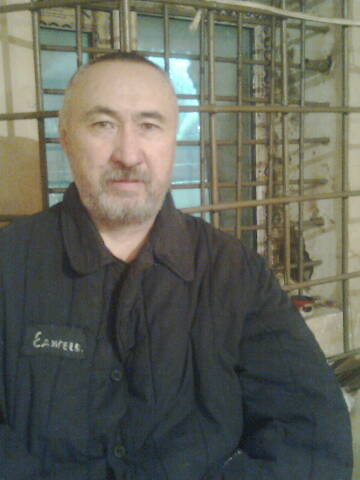 Aron Atabek was born on January 31, 1953. He studied Turkish and Mongolian cultures at universities in Russia and Kazakhstan.

Between 1989 and 1992, Aron Atabek was editor in the newspapers Alash and HAK, which were then illegal in Kazakhstan. At the same time, he wrote several works of poetry and prose inspired by Tengrist spirituality. In 1992, he founded the weekly Khak ("The Truth"). He is imprisoned and, during his incarceration, he publishes the book The Heart of Eurasia, which criticizes Kazakh President Nursultan Nazarbayev.

While Kazakhstan is still part of the USSR, Aron Atabek opposes the Communist Party. He is also the leader of Alash, an independence party, as well as the chairman of Kazak Memleketi, a Kazakh nationalist organization. After the country's independence, he became a critic of Nursultan Nazarbayev's government.

In 2007, Aron Atabek was sentenced to 18 years in prison for his role in the political organization in opposition to the destruction of a slum in 2006. According to the court, a police officer died in the context of the protests. In 2012, Aron Atabek published The Heart of Eurasia after the manuscript was smuggled out of prison. Because of this incident, Atabek was sentenced to two years in prison isolation and transferred to a prison in Arkalyk, considered one of the most repressive in the country. After fifteen years of imprisonment, he was released in October 2021 due to the deterioration of his health. Aron Atabek described his conditions of solitary confinement as "a prison within a prison" or "an absolute vacuum". His prolonged isolation is seen as going against the International Covenant on Civil and Political Rights, a treaty to which Kazakhstan is a signatory. His imprisonment would also violate the minimum set of rules for the treatment of detainees by prohibiting him from any regular contact with his relatives.

Aron Atabek died of Covid-19 in an Almaty hospital on November 24, 2021, just one month after his release.

(fr) This article is partially or fully taken from the English Wikipedia article "Aron Atabek" (see list of authors). Portal of poetry Portal of journalism Portal of literature Portal of human rights Portal of Kazakhstan Portal of the USSR