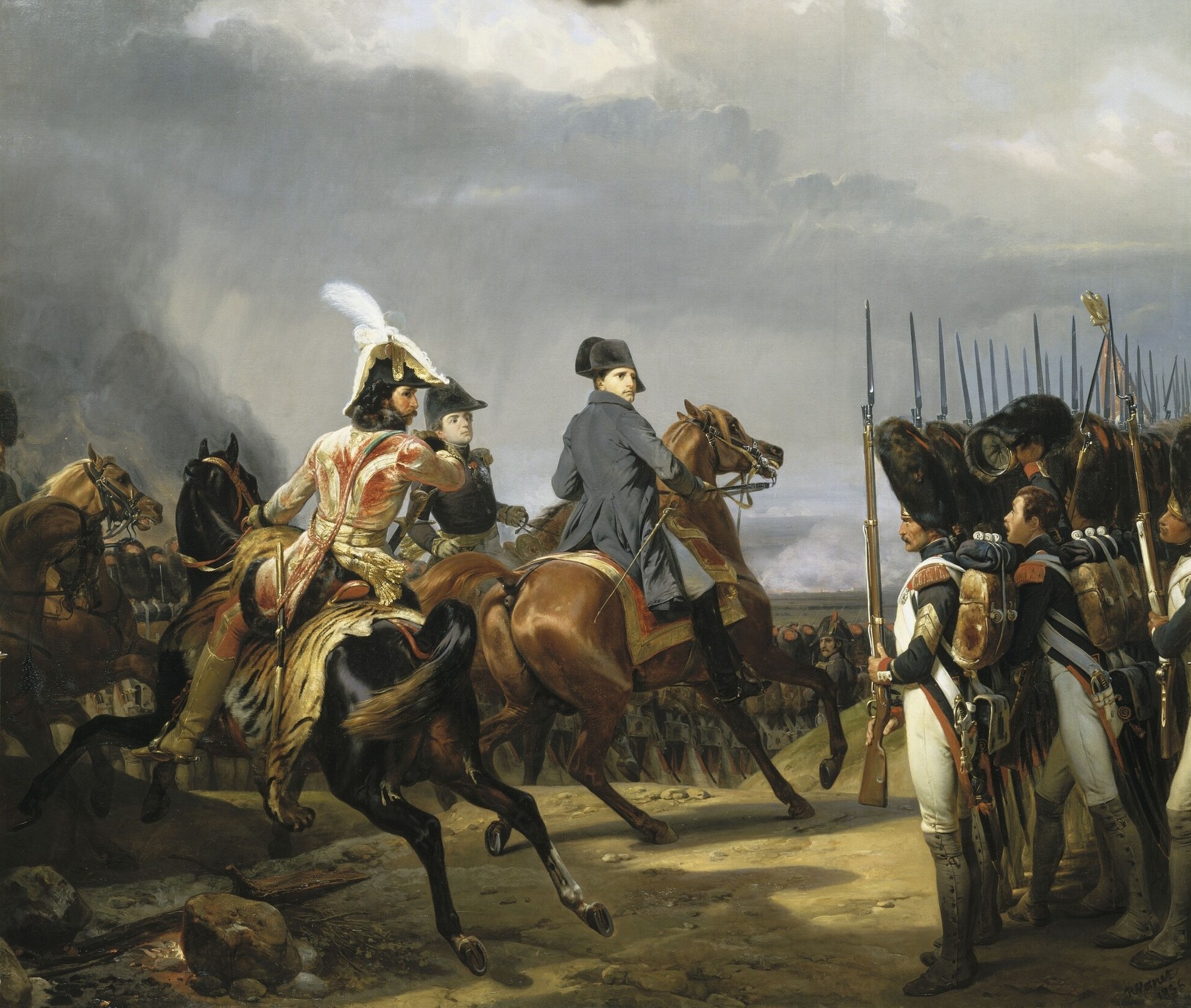 The Battle of Jena is a battle between France and Prussia on October 14, 1806 in Jena (Germany, current Land of Thuringia). It takes place in parallel with the Battle of Auerstaedt, as part of the Prussian and Polish campaign. The French are commanded by Napoleon I and the Prussians by General de Hohenlohe. Ensuring an overhanging position from the start of the battle, Napoleon won a total victory which, coupled with that of Marshal Davout's Auerstaedt, precipitated the flight of the Prussian army, already predicting the end of the campaign. of Prussia.

In August 1806, French hegemony seemed assured in Europe: Austria disarmed; the United Kingdom, ruined by war and demoralized by the French victory at Austerlitz, is doing everything to find an agreement with France, especially since William Pitt, deceased, has been replaced by Charles James Fox; the kingdom of Naples is occupied, forcing its king to go into exile in Sicily. However, Frederick William III of Prussia was unhappy that Napoleon reorganized, without keeping him informed, the Holy Empire into the Confederation of the Rhine. According to him, this new organization is too favorable to France: the main states composing it are French protectorates. In addition, Napoleon would like to return Hanover to its former sovereign, who is the King of England. However, for about six months, this territory has been occupied by Prussia, in exchange for its neutrality, while the Grand Army has been occupied in Bavaria and Moravia against Russian and Austrian units of the Third Coalition. During the months of August and September 1806, the Queen of Prussia, Louise of Mecklenburg-Strelitz, stirs up the hatred of the army and the population against France, with whom Prussia has been at peace since the Treaty of Basel (1795 ); the officers like to sharpen their sabers on the steps of the French embassy in Berlin while Frederick William III of Prussia launches to whoever wants to listen: “No need for sabers, clubs will suffice for these French dogs. " Tsar Alexander I and Frederick William III of Prussia meet in Potsdam, and swear at the tomb of Frederick II of Prussia never to separate before the victory over France. Prussia, Russia, Sweden and Saxony formed the Fourth Coalition on August 9, 1806 and mobilized their troops. The United Kingdom joined it after the death of its Prime Minister Fox on September 14, 1806. The Prussian army is divided into three groups, commanded by the Duke of Brunswick-Wolfenbüttel (70,000 men), the Prince of Hohenlohe (50,000 men) and General Ernst von Rüchel (30,000 men). On October 4, 1806, Napoleon received an ultimatum inviting him to withdraw from the right bank of the Rhine before October 8. On the 6th, he had the Grande Armée read a bulletin announcing: “Soldiers! The order for your return to France had already been given, triumphal celebrations awaited you. But war cries were heard in Berlin. We are provoked by a daring that demands revenge. "

The Grand Army (180,000 men) invaded Prussia, aiming at Berlin. The vanguard, under the command of Marshal Lannes, repulsed a Prussian corps at Saalfeld on 10 October. Prince Louis Ferdinand of Prussia, the nephew of the great Frederick, is killed there in single combat. The Prussian army resists. Murat's cavalry was sent to reconnoitre the plain of Leipzig, but without result. In fact, the Prussians decided to fall back north, leaving under Hohenlohe's orders only a strong rear guard in Jena. Napoleon then headed there with the bulk of his troops. He ordered Davout to march on Naumburg, about sixty kilometers south of Leipzig, to take the enemy at