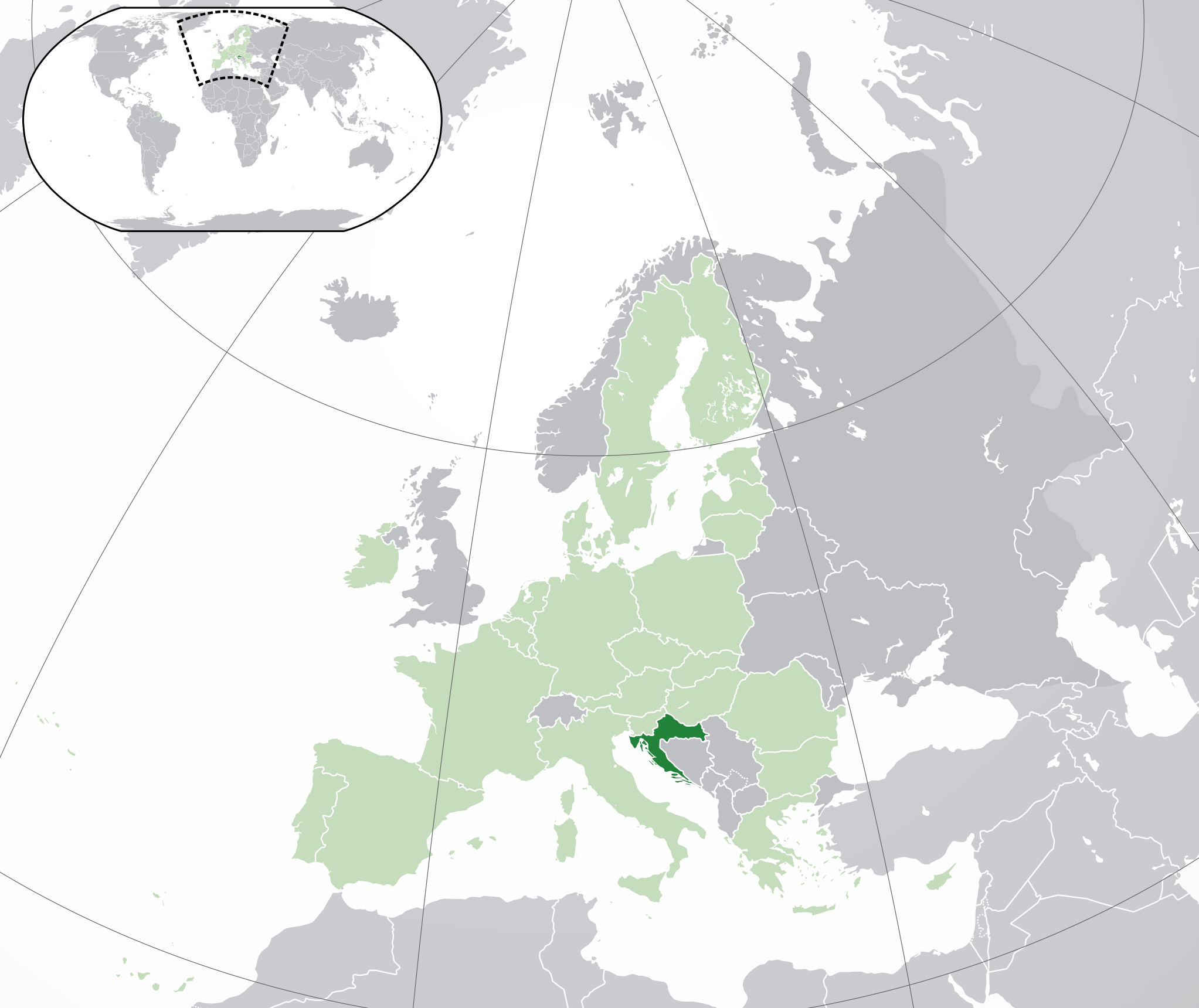 Croatia, in long form the Republic of Croatia, in Croatian: Hrvatska and Republika Hrvatska, is a country in Central and Southern Europe, independent since 1991 during the violent dislocation of Yugoslavia. Its capital is Zagreb and it has been a member of the European Union since July 1, 2013, of the WTO since 2000 and of NATO since 2009. It extends from the confines of the eastern end of the Alps in the northwest and from the Pannonian plains in the northeast, to the coast of the Adriatic Sea in the south-southwest, passing through the mountainous massif of the Dinaric Alps in the center. It is surrounded by Slovenia, Hungary, Serbia, Bosnia and Herzegovina and Montenegro.

Croatia was, throughout its history, at the crossroads of four major cultural spaces, which gives a richness to its heritage, both architectural and artistic. In addition to the Slavic character of its inhabitants, which dates back to the end of the 6th century, Croatia has been subject to Venetian influences on the Dalmatian coast on the one hand, and Austro-Hungarian influences in the plains of northern Slavonia and in the basin of the Danube on the other hand. This heritage is superimposed on that pre-Romanesque - Roman and Byzantine - more diffuse but to which it owes its Christian tradition. The immediate vicinity of the Ottoman Empire, from the 15th to the 19th century, whose expansion stopped on Croatian soil, also had its importance. First Christianized Slavic people, from the beginning of the 7th century, the Croats are still today overwhelmingly Catholic. Contemporary Croatia is also the heir to the medieval Croatian kingdom, first independent then associated in 1102 with the Hungarian crown then integrated, in 1527, into the lands of the Habsburgs, which became Austria-Hungary from 1867 to 1918. At the beginning of the 15th century, the coastal province of Dalmatia became Venetian for four centuries, then French from 1809 to 1814, within the Illyrian Provinces which put an end to the Republic of Ragusa. The Croats aspired to the formation of a kingdom of Croatia-Slavonia-Dalmatia, within the framework of the Austro-Hungarian monarchy, but the Austro-Hungarian agreement of 1867 left the kingdom of Dalmatia to Austria, while the kingdom of Croatia-Slavonia remained in personal union with Hungary, a specific relationship respecting the political subjectivities of the two kingdoms, and comparable to the bond uniting Scotland and England. The Adriatic coast has long been populated by Italian settlers who will erect cities into independent republics before submitting to Venice. Nevertheless these Latins will remain mainly on the coasts, venturing little inside the populated lands of Slavs. If the Croats have always fought, since the end of the 11th century, to preserve their autonomy, the Panslavian and Yugoslav feeling developed there from the 1830s. The 20th century saw, for the first time, Croatia united with its neighbors slavs. From 1918 to 1941, it was in the form of a centralized kingdom under the scepter of a Serbian dynasty, within the Kingdom of Serbs, Croats and Slovenes, renamed Kingdom of Yugoslavia on January 6, 1929. In the years that followed the First World War, from 1918 to 1921, Croatia was on the verge of social revolution: workers' strikes multiplied, committees of deserters held entire regions of Dalmatia and Slavonia, and the Communist Party triumphed in the municipal elections of 1920 , which earned him an immediate ban. In 1941, after the invasion of Yugoslavia by the Axis forces, the independent state of Croatia - a satellite state of Italy and Nazi Germany - was set up by the invaders and entrusted to the independence movement and fascist Ustashi, led by Ante Pavelić. Employees implement a policy of persecuting