Exploration of the Martian system 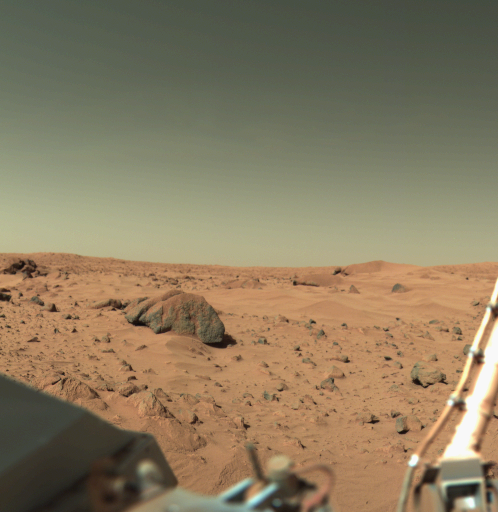 The exploration of the Martian system, which includes the planet Mars and its two satellites, holds a particularly important place in the scientific programs of exploration of the Solar System of the main space powers. In 2016, more than forty probes, orbiters and landers have been sent to the planet since the early 1960s. This interest responds to several motivations. Mars is primarily a nearby destination, making it relatively easy to send spacecraft there. Moreover, unlike the other planets of the Solar System, Mars undoubtedly experienced in the past conditions quite similar to those prevailing on Earth which could have allowed the appearance of life – which remains to be confirmed. Since the invention of the telescope, this telluric planet has intrigued scientists and the general public alike. The first flyby of Mars by the American probe Mariner 4 (1964) reveals a planet much less welcoming than imagined, endowed with a very thin atmosphere, without magnetic field to protect it from the sterilizing radiations of the Sun and comprising a surface of appearance very old lunar. However, further observations by the Mariner 9 orbiter (1971) show that Mars actually has a more complex geology with traces of volcanism and shapes possibly shaped by surface waters. Mars was one of the stakes in the space race, a peaceful confrontation between the United States and the Soviet Union during the Cold War era. The USSR was the first to land the Mars 3 lander on the planet (1971), but it only survived twenty seconds. The two American landers of the Viking program accompanied by orbiters, which arrived on Mars in 1976, are characterized by their longevity and provide a harvest of information on the planet: composition of the atmosphere, Martian meteorology, first analyzes of the Martian soil in if you. An attempt to detect microbial life using a mini on-board laboratory does not provide a decisive result. During the twenty years that followed, no more missions were launched to Mars. From this time, manned space mission projects were developed. But the technical and financial challenge raised by such a mission remains in the years 2010 out of reach of the capacities of the best endowed space agencies. The 1990s saw the resumption of Mars exploration missions, giving contrasting results. No less than seven space probes were lost: the two space probes of the Soviet Phobos program (1988) launched towards the natural satellite Phobos, the NASA probe Mars Observer (1992), the Soviet probe Mars 96 (1996) developed with strong European participation, the American probes Mars Climate Orbiter (1998) and Mars Polar Lander (1998) and finally the Japanese probe Nozomi (1998). NASA has however had two successes, one essentially technological thanks to the small rover Sojourner deposited on Martian soil by Mars Pathfinder (1996) and the other, scientific, through the orbiter Mars Global Surveyor (1996), which collects detailed data on the planet for nine years. The latter detects the presence of minerals which prove that Mars was not always the arid planet that we know today. The 2000s are much more fruitful. At the beginning of this decade, NASA developed several moderate-budget missions whose main objective was to search for the past and present presence of water. These are the 2001 Mars Odyssey and Mars Reconnaissance Orbiter (2005), the two MER rovers (2003) and the Phoenix lander (2007), which land on the polar ice cap. All the information collected supplemented by that of the European orbiter Ma