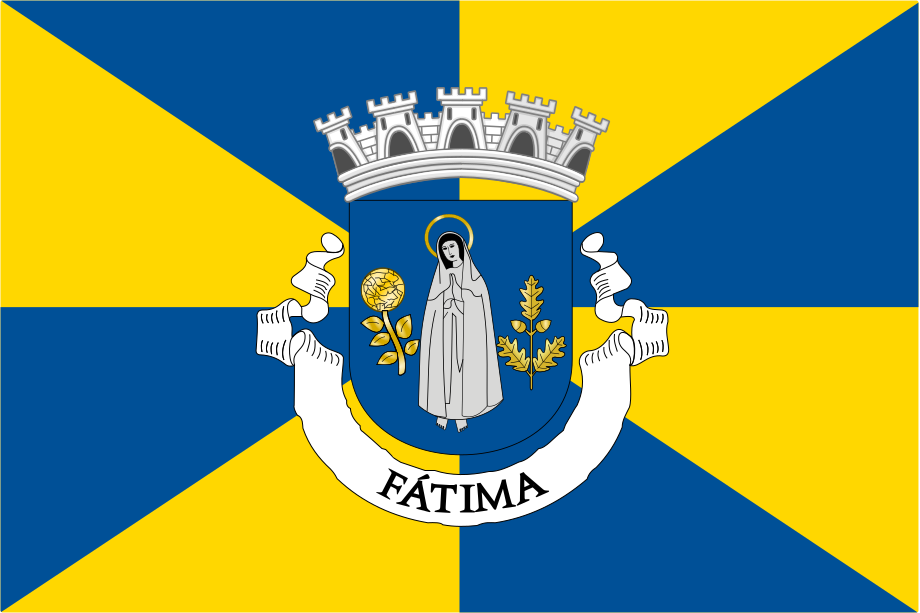 Fátima is a small Portuguese town located in the district of Santarém, province of Beira Litoral, Portugal. The origin of the word is the Arabic name Fatima (فاطمة) given to the city at the time of Gharb Al Andalus where part of Portugal was Muslim. This first name is widely used in Arab-Muslim countries because it was worn by the daughter of Muhammad. The town became famous in 1917, when three young shepherds claimed to have repeatedly witnessed a Marian apparition. On October 13, 1917, thousands witnessed the miracle of the sun spinning around like a silver disc. The Virgin Mary also delivered a message to the three children. These Marian apparitions justified the creation of the sanctuary of Our Lady of Fatima in Cova da Iria, place of a famous Catholic pilgrimage. In 2017, Pope Francis travels to Fátima for the pilgrimage. The locality had 11,596 inhabitants in 2011, it is part of the city of Ourém in the district of Santarém.

The name of the city (which was only a village originally) comes from the Arabic name Fatima, one of the daughters of the prophet of Islam. Indeed, one of them, after being captured by Christian forces during the Muslim occupation of Portugal, was betrothed to the Count of Ourem, converted to Catholicism, and baptized before marrying the Count in 1158. She took the name of Oureana (Oriane). The name of the town of Ourém derives from Oureana.[ref. necessary] Fátima became famous for the Sanctuary of Our Lady of Fatima, built to commemorate the Marian apparitions of 1917 when three little shepherd children claimed to have seen the "Virgin of the Rosary", Our Lady of Fátima, and the previous year the apparitions of the 'Angel of Peace (or Angel of Portugal). The children are said to have witnessed the apparitions in the Cova da Iria (“Anse of Irene”) and in Valinhos, near the village of Aljustrel, about 2 kilometers from Fátima. Fátima now [When?] attracts believers from all over the world, especially on international pilgrimage days, and the shrine was expanded to accommodate them. The great torchlight processions, which take place at night, are very impressive. Pilgrims gather on the Cova, a gigantic esplanade on which was built a small chapel where the Virgin appeared to the young shepherds. Around the esplanade, a considerable number of religious souvenir shops have sprung up. On the other side of the esplanade rises the imposing basilica of Our Lady of the Rosary, in neo-classical style, with a central tower 65 meters high, its construction began on May 13, 1928. It has colonnades that connect it to convents and hospital buildings. In the basilica you can see the tombs of two of the three shepherds, Francisco Marto and Jacinta Marto, who died in 1919 and 1920 respectively, and were beatified in 2000 by Pope John Paul II and then canonized by Pope Francis in 2017. The third , Lúcia dos Santos, who became a Carmelite nun, did not die until 2005, and her tomb is also in the same basilica.

Official website of the Fatima Town Hall Live broadcasts from the Chapel of the Apparitions of Fátima Tourist Office for Fátima Pilgrims Fatima Wax Museum Book: Memoirs of Sister Lucia (free PDF) A path under the gaze of Mari