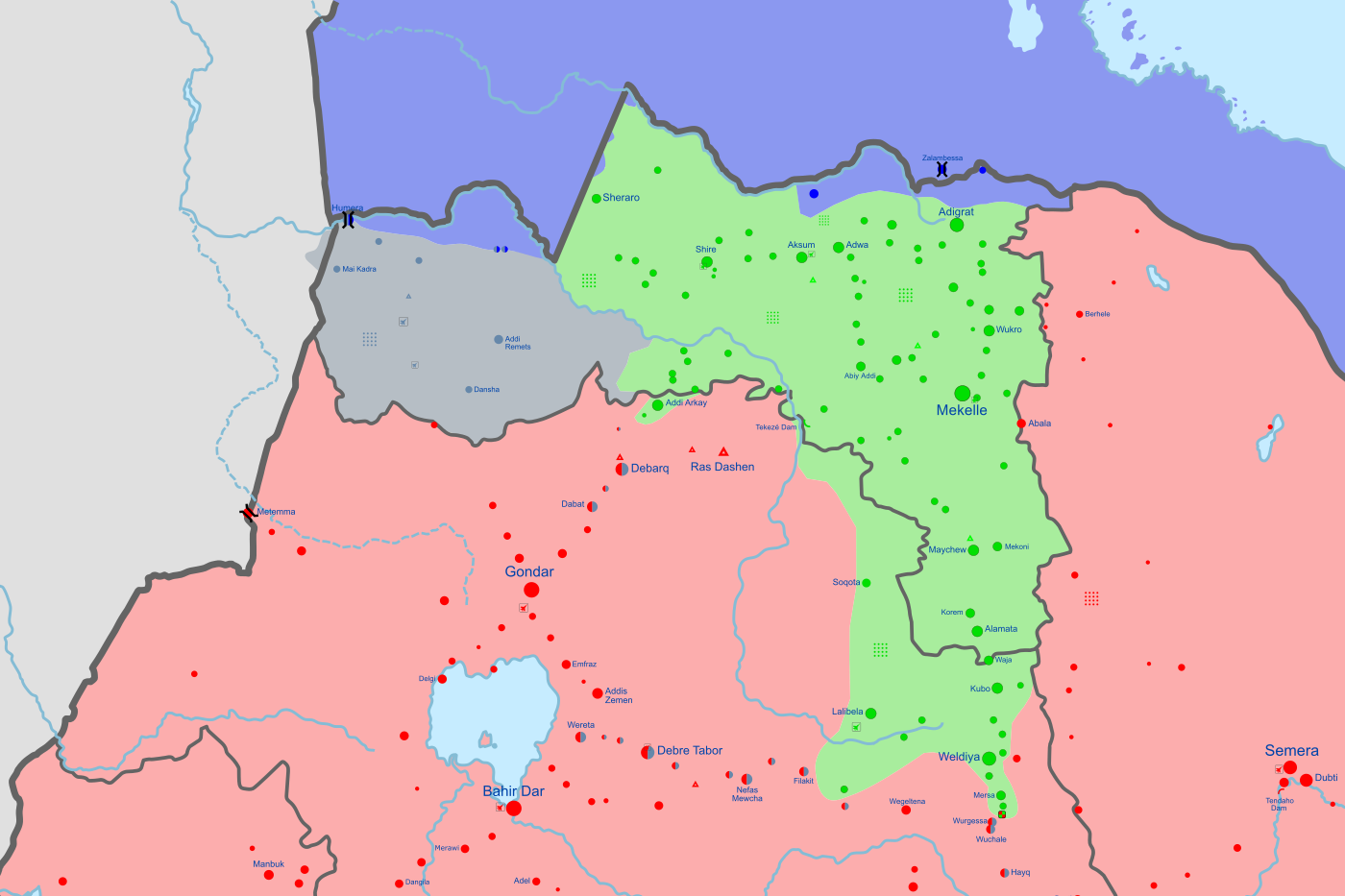 The Tigray War is an armed conflict that has been taking place between the Ethiopian federal government and the Tigray regional government since November 4, 2020. The conflict stems from the rebellion of the Tigray People's Liberation Front (FLPT) against the federal government of Prime Minister Abiy Ahmed. The latter's desire to put an end in 2019 to the ethnocentric political system in force since 1994 causes the Ethiopian government to weaken the position of the Tigrayan ethnic group, led by the FLPT, which leads the latter to refuse its political integration. within Abiy Ahmed's Prosperity Party, to conduct separate elections, then to enter into open rebellion in November 2020.

Since the entry into force of the 1994 constitution, Ethiopia has been a federal state divided into regions - sometimes called states - established on ethnic lines. Ethiopia was then an authoritarian state, led for decades by the same coalition, the Ethiopian People's Revolutionary Democratic Front (EPRDF), in which the Tigrayan minority had a very large share of power compared to that of its population. , which totals 6% of that of the country. This hegemony is particularly marked under the mandates of the Tigrayan Meles Zenawi, Prime Minister from 1995 until his death in 2012. The situation changed at the start of 2018 when the country was agitated by socio-political unrest which led to the postponement of municipal elections in April and the resignation of Prime Minister Haile Mariam Dessalegn. The FDRPE then appointed Abiy Ahmed to the post of Prime Minister of Ethiopia on April 2, 2018. He quickly embarked on a vast program of reforms, including the release of dissidents, an opening up of democratic space as well as the return peace with neighboring Eritrea, which earned it significant popularity and the obtaining, on October 11, 2019, of the Nobel Peace Prize. The new Prime Minister is also striving to reform the FDRPE into a centralized national structure, which is made up of four ethno-regional parties established independently of each other in the regions of Oromos, Amharas, Tigrayans and peoples of the South. These are thus merged into a single formation: the Prosperity Party, with the exception of the Front for the Liberation of the People of Tigray (FLPT), which refuses its incorporation. The rapprochement with Eritrea is also a source of tension, the Tigray region delimiting a large part of the border where the clashes and territorial claims of the two countries took place. The FLPT, which alone rules the Tigray region, accuses Ethiopian Prime Minister Abiy Ahmed - an Oromo, the most important ethnic group in Ethiopia - of having gradually marginalized the Tigrayan minority (6% of the population) within the coalition in the power, which the party has since left, positioning itself de facto in the opposition since 2018. [ref. necessary]

Course of the conflict

Beginning of the conflict and counter-offensive of the Ethiopian government

The FLPT became separatist after the postponement of the Ethiopian legislative elections of 2021, which were to be held in August 2020, then launched on November 4, 2020 an attack against bases of the Ethiopian National Defense Forces in Mekele, the capital of Tigray, and in Dansha, a town in the western part of the region ,. The region totals more than half of all the personnel of the country's armed forces and mechanized divisions in the Northern Command following the war between Eritrea and Ethiopia, according to a report by the International Think Tank Crisis Group (ICG) published at the end of October 2020, around 20% of the total workforce is from Tigray and for the most part has