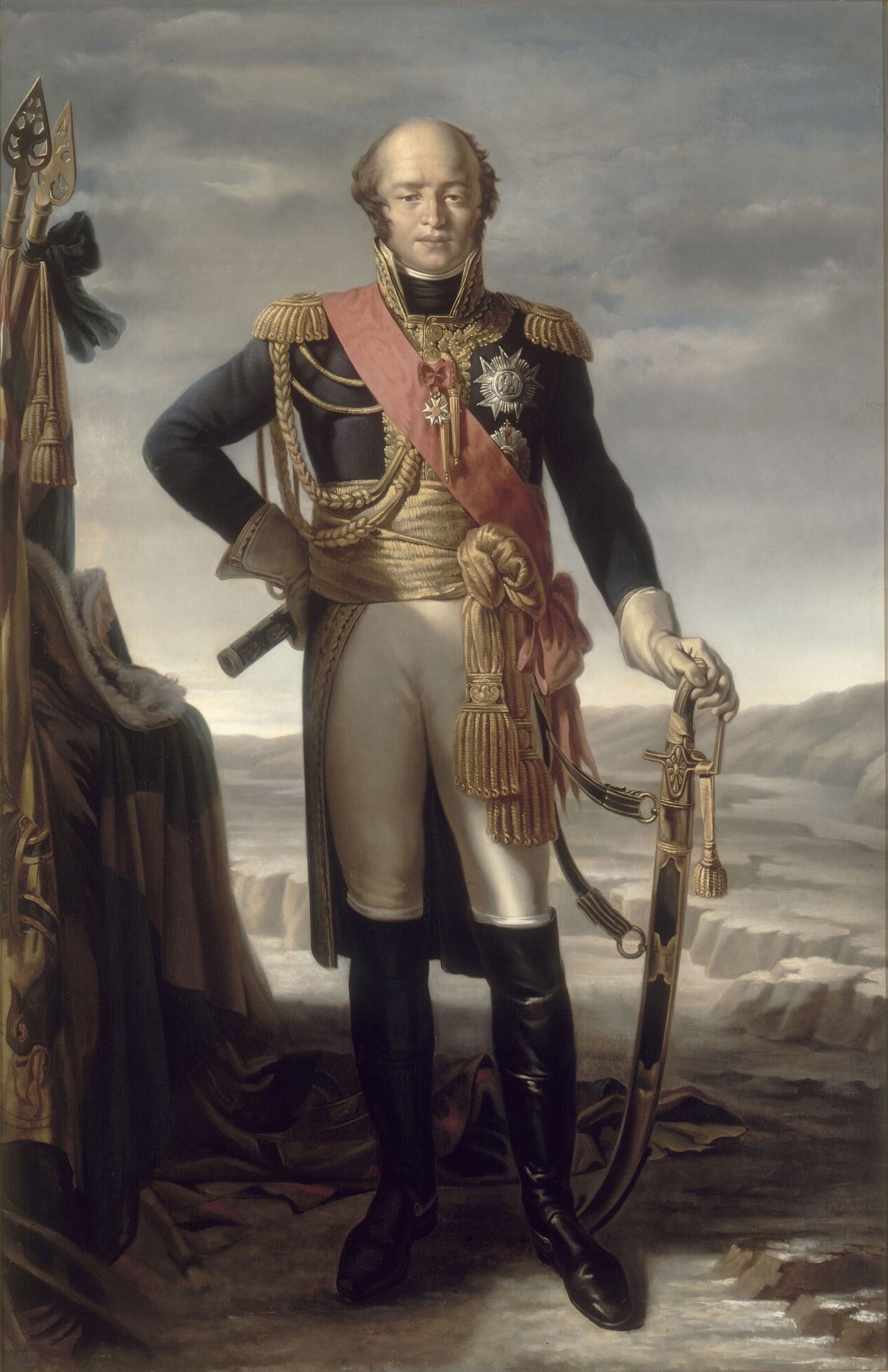 Louis Nicolas d'Avout then Davout, Duke of Auerstaedt, Prince of Eckmühl, born May 10, 1770 in Annoux in Burgundy and died June 1, 1823 in Paris, is a French general of the Revolution and the Empire, raised to the dignity of Marshal of the Empire by Napoleon in 1804. Coming from a family of lower nobility, Davout made his debut in the army of the Ancien Régime before embracing revolutionary ideas and becoming from 1791 battalion leader of the Yonne volunteers. From then on, his advancement was dazzling: brigadier general in July 1793, he took part in the Egyptian campaign under the orders of Napoleon Bonaparte before being promoted to major general in 1800. He inaugurated his new command by taking the head of the cavalry of the army of Italy with which it stands out in Pozzolo. On May 19, 1804, Napoleon, who became Emperor, raised Davout to the dignity of Marshal of the Empire. Davout played a major role during the Napoleonic wars, notably at Austerlitz in 1805 and at Auerstaedt in 1806 where he routed the main Prussian army. As a reward for this last victory, the Emperor granted him, on October 25, 1806, the honor of entering Berlin first. Davout then distinguished himself at the Battle of Eylau, before taking up the post of Governor General of the Duchy of Warsaw. Commander-in-chief of the German army in the absence of the Emperor, he participated brilliantly in the German and Austrian campaign at the end of which he received the title of Prince of Eckmühl. Employed in Russia, where he led the Ist Corps, then in Germany after the retreat of the French troops, Davout shut himself up in Hamburg and managed to resist the attacks of the Allied armies until the fall of the imperial regime. Passive under the First Restoration, the marshal rallied during the Hundred Days to Napoleon I who appointed him Minister of War. After the defeat of Waterloo, he retired to his lands of Savigny-sur-Orge. Considered to be Napoleon's best tactical subordinate, Davout is the only Marshal of the Empire to have remained undefeated during his military career. Difficult and demanding of his officers, he is particularly severe on the training and discipline of his troops. He was however criticized by the Emperor at Saint Helena who declared bitterly: "He ended up betraying like the others when he saw my cause in danger, and, when he saw it lost, he wanted to keep his honors and all that he owed me in riches and greatness; he served me badly […] You don't know men, you don't know Davout like me ”.

“When an D'Avout comes out of the cradle, a sword comes out of its scabbard. " - Adage of the D'Avout family. Louis Nicolas d’Avout, born May 10, 1770 in Annoux, Burgundy, is the son of Jean François d’Avout and Adélaïde Minard de Velars. Coming from a noble family traditionally destining his children to serve the king, Louis Nicolas, who established himself during his career as a specialist in infantry combat, was paradoxically born into a family turned towards the cavalry. His father, like his grandfather before him, was an officer in the Royal-Champagne cavalry regiment. In 1779, when he was nine, his father died of a hunting accident. Davout was then placed, at the beginning of the year 1780, at the Benedictine College of Auxerre until his aptitudes enabled him, at the end of the summer of 1785, to be one of the few gentilshommes cadets appointed for the Military School. superior of Paris. He entered the military school on September 27, 1785, to stay there for three years. The young Napoleon Bonaparte, also a resident of this establishment, left it a month earlier. When it came out in February 1788, the F