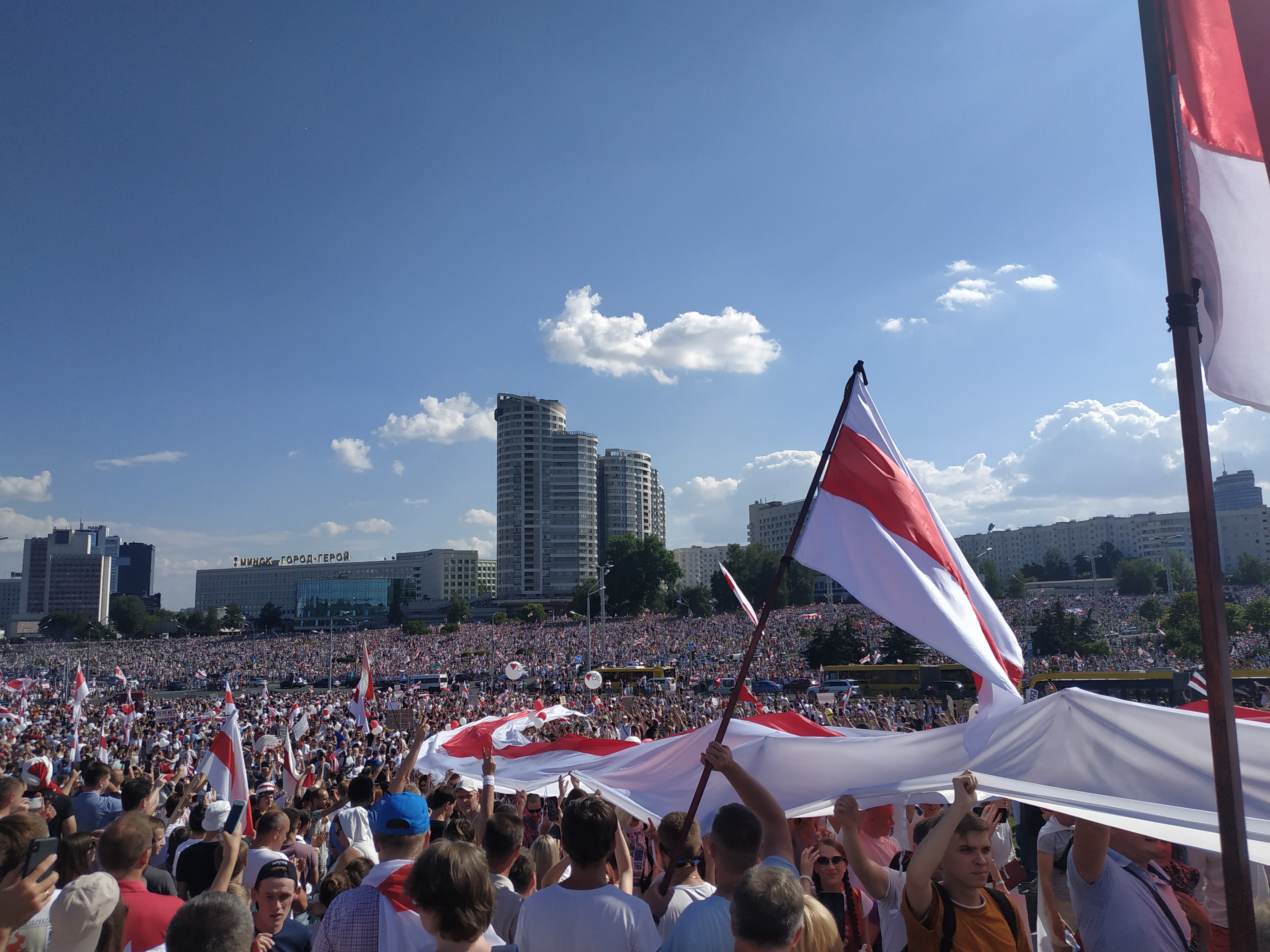 The 2020-2021 protests in Belarus, dubbed the Slipper Revolution, and the Anti-Cockroach Revolution, are a series of street protests against Belarusian President Alexander Lukashenko. The protests, which are part of the Belarusian democracy movement, are taking place before and during the 2020 Belarusian presidential election, in which Lukashenko is running for a sixth term. Her victory with a score of 80% against opposition candidate Svetlana Tikhanovskaïa appears tainted by massive fraud and provokes the anger of part of the Belarusian population.

Lukashenko is generally referred to by Western media as Europe's "last dictator" and has been in power for 26 years. Under his authoritarian rule, the government has frequently suppressed opposition, including during the failed revolution of 2005 and protests in 2017. Lukashenko faces growing opposition over his handling of the coronavirus pandemic, which he has denied being a serious threat when the elderly who were his main supporters were the most exposed to the virus. Of the five elections won by Lukashenko, only the first was considered likely free and fair by international observers. According to researcher David Teurtrie, from the Europe-Eurasia Research Center at Inalco, “a few years ago, Lukashenko had a real popular base. The economic crisis has weakened its support. But the majority of the elites that make up the regime come from the security forces. They do not appear to be sensitive either to the economic impact or to the image that the country can project. There are also no oligarchs playing on divisions. Belarus remains a country extremely closed to Western influence.

Businessman and blogger Sergei Tikhanovski, who called Lukashenko a "cockroach", as in the children's poem The Mighty Cockroach (with the slipper symbolically crushing the cockroach) was arrested at the end of May 2020 by the Belarusian authorities, who 'accused of being a foreign agent. In June 2020, street protests against Lukashenko take place. A number of opposition candidates have stood for election as a result of the move, but many of them are arrested. On June 19, Lukashenko announces that he has "thwarted a coup attempt", and announces the arrest of his main rival, Viktar Babaryka. The latter claims that the bribery and corruption charges were falsified and that the arrest was politically motivated to prevent him from winning the election. Tikhanovski's wife, Svetlana Tikhanovskaïa, registered as a candidate after Babaryka's arrest. Opposition activists, journalists and bloggers are also arrested as part of the crackdown. Human rights group Viasna estimated that between early May and early August around 1,300 people were arrested for protesting. Lukashenko says the opposition protests are part of a foreign plot potentially orchestrated, he says, by Americans, NATO, Russians or Ukrainians. It also announces the arrest of 33 people, presented as presumed mercenaries of the Wagner group, a private Russian military company. The Russian mercenaries had actually been trapped by the Ukrainian intelligence services (GUR) who were trying to kidnap members of the private security company Wagner, suspected of having lent a hand to the rebels in the Donbass war. The GUR, which had lured them to Belarus allegedly to offer them a contract via a fake company