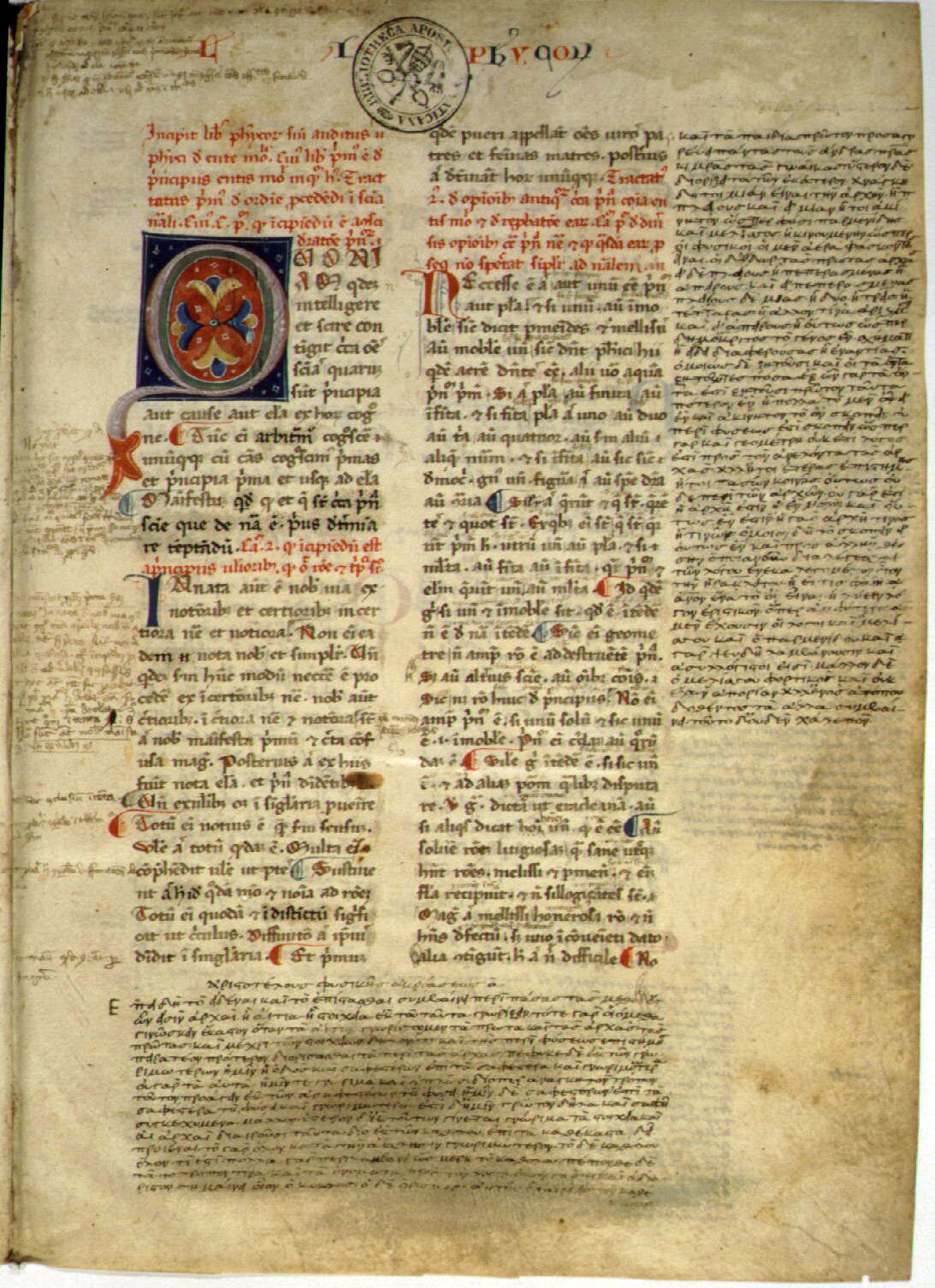 A manuscript (from the Latin manu scriptus) is, literally, a text "written by hand", on a flexible medium, whether by its author ("autograph manuscript") or by a copyist, before the invention of printing. The term applies to different supports (papyrus, parchment or paper) but is not used for rigid supports, such as wax tablets or epigraphic or rock inscriptions. Before the development and spread of the printing press, from the middle of the 15th century, all books were manuscripts. Beyond this period, the manuscript can be used for texts of restricted distribution or for preparatory documents (taking notes, draft, etc.). By extension, the term now designates the draft of an original text submitted to an editor for publication. These manuscripts are sometimes referred to as typescripts when they refer to documents typed using a typewriter or computer with word processing software.

Manuscripts kept in libraries are identified by a symbol, generally preceded by the abbreviation ms (singular) or mss (plural). The call number is made up of the name of the place of conservation, followed by that of the institution which keeps the document, of the fund where it is kept when applicable (French, Latin fund, etc.), and the inventory number of the manuscript, which can be simple (100) or complex (fol-lat-32). Manuscripts are referenced in the catalogs of their place of conservation (for example, in the General Catalog of Manuscripts of the Public Libraries of France). The National Library of France has a manuscripts department, divided into two sections: Western and Eastern manuscripts.

In ancient societies, the writing of a manuscript was entrusted to a scribe. This function was highly regarded during the times of ancient Egypt and the kingdoms of Mesopotamia. To become a scribe, a training of a dozen years was necessary. Scribes were therefore very rare and sought after. They formed a separate social class under the protection of the god Thoth. Many ended up occupying high ranks by becoming judges, ambassadors or high-ranking officers. In European countries, the copying of manuscripts remained a highly specialized activity until the invention of the printing press. It has long been the domain of monasteries. After a sharp decline due to the fall of the Roman Empire and the barbarian invasions, the production of manuscripts experienced strong growth in the 8th century (estimated at 311%), then in the 9th century (362%), and after a decline in the following two centuries, an increase in the 12th century (263%) and this growth continued in the following centuries (see graph opposite). France, of which 15,920 manuscripts are known during the 8th century, left 74,190 from the 9th century. An increase is linked to economic growth and the creation of a real market, with versions illustrated by rich illuminations. From the 18th century, autograph manuscripts appeared. They were extremely rare before, if not non-existent, except in the world of the theater, where the authors established themselves copies of their work for the realization of the spectacle. With the elaboration of the concept and copyright, the manuscript coming from the hand of the author himself appears as a guarantee attesting to its quality. In the Muslim world, the manuscript tradition was maintained well beyond the 15th century, due to the prohibition in 1485 of the printing press by Sultan Bajazed II, a prohibition which would remain in force until the beginning of the 19th century. .

In the history of the book, the Middle Ages is an important period which fits