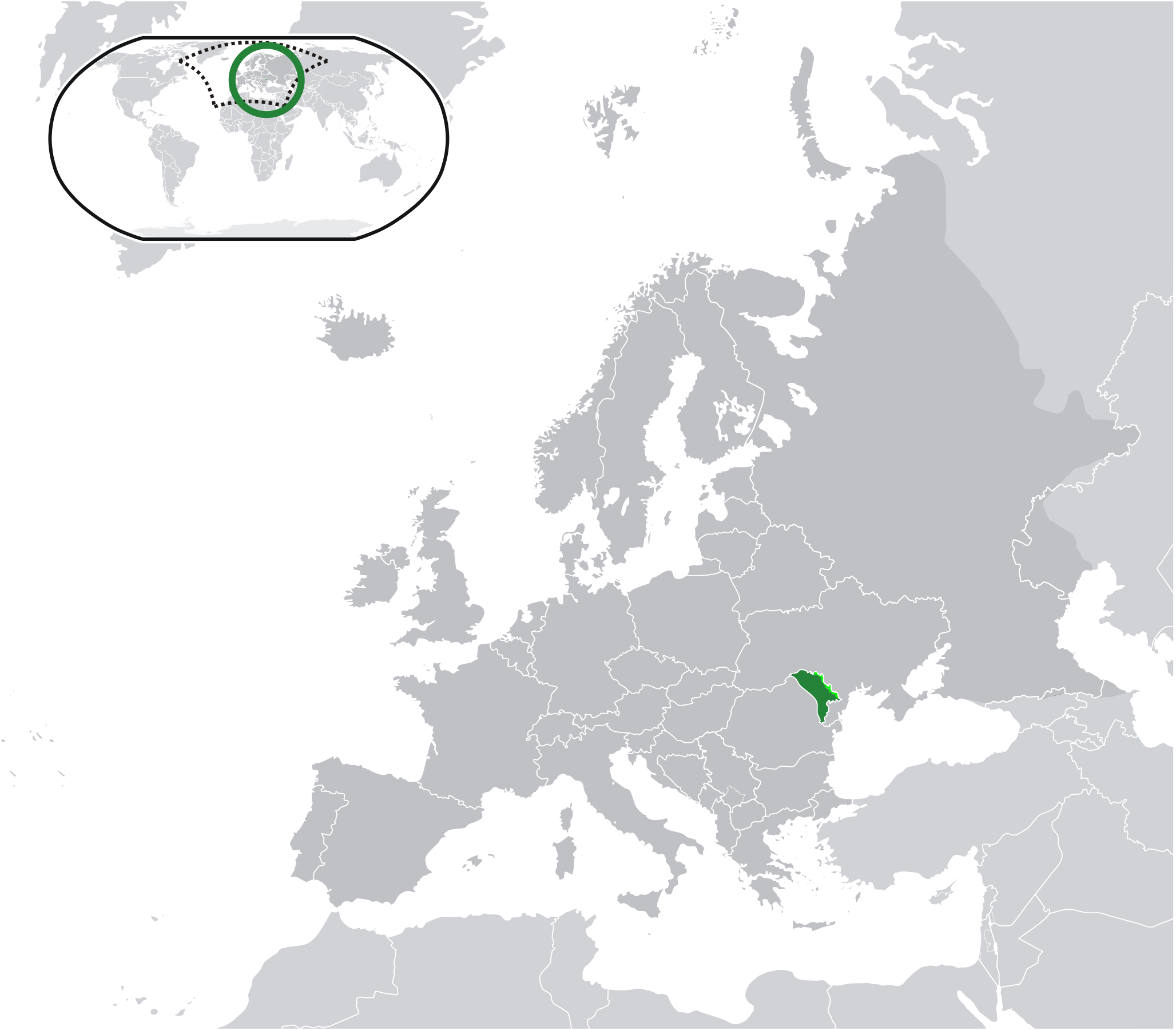 Moldova (in Romanian Moldova orientală by distinction from Moldova occidentală belonging to Romania; in Russian Молдавия-Moldaviya), in long form Republic of Moldova (Romanian Republica Moldova, Russian Республика Молдова, hence the variant Republic of Moldova) is an eastern European country, landlocked between Romania and Ukraine, encompassing parts of the historic regions of Bessarabia and Southern Podolia (known as Transnistria). Its rolling landscapes include forests, cropland, wetlands and vineyards. Its capital is Chișinău. The part of the present Moldovan territory located on the right bank of the Dniester was part of the principality of Moldavia (tributary of the Ottoman Empire from 1538), from the fourteenth century to 1812, when it was ceded to the 'Russian Empire. The latter made it his "government of Bessarabia" and colonized there many populations other than the Moldovans, who nevertheless remained in the majority. Having become autonomous during the Russian Revolution of 1917, the Moldovan democratic republic declared itself independent in 1918 and then united with the kingdom of Romania. In 1940, following the German-Soviet pact, Romania was forced to cede Bessarabia to the Soviet Union, which made it its Moldovan Soviet socialist republic. The Moldovan SSR declared its independence from the Soviet Union in August 1991 and was admitted to the United Nations in March 1992, but the presence of significant minorities, especially Slavs (one third of the inhabitants) and of a Russian army (the fourteenth) which took part in the secession of the self-proclaimed state of Transnistria and in the Dniester war of 1992 and the emergence of Russia as a superpower dissuaded the Moldovans from approaching Romania despite the common historical, linguistic and cultural heritage. The current constitution, adopted in 1994, makes it a parliamentary republic. Located at the limits of the spheres of influence of two superpowers which are both partners and antagonists, Moldova is located in the zone of Russian influence and is part of the CIS which emerged from the USSR, but on the eastern borders of the Union European Union and NATO: it is also a member of the Organization for Democracy and Development (GUAM), of the NATO Partnership for Peace since March 16, 1994, of the Central Free Trade Agreement. European Union and the Eastern Partnership of the EU since 2009 and has had an Association Agreement with the EU since July 1, 2016. Due to this geopolitical situation and the political tensions and compromises it generates, Moldova has seen its agricultural and industrial production gradually decrease, falling below the threshold of self-sufficiency, as a corollary with a strong rural exodus and a significant expatriation of the country. active population ; but at the same time, the service sector has grown significantly. In 2020, it is the poorest country in Europe in terms of GDP per capita and has the lowest human development index on the continent.