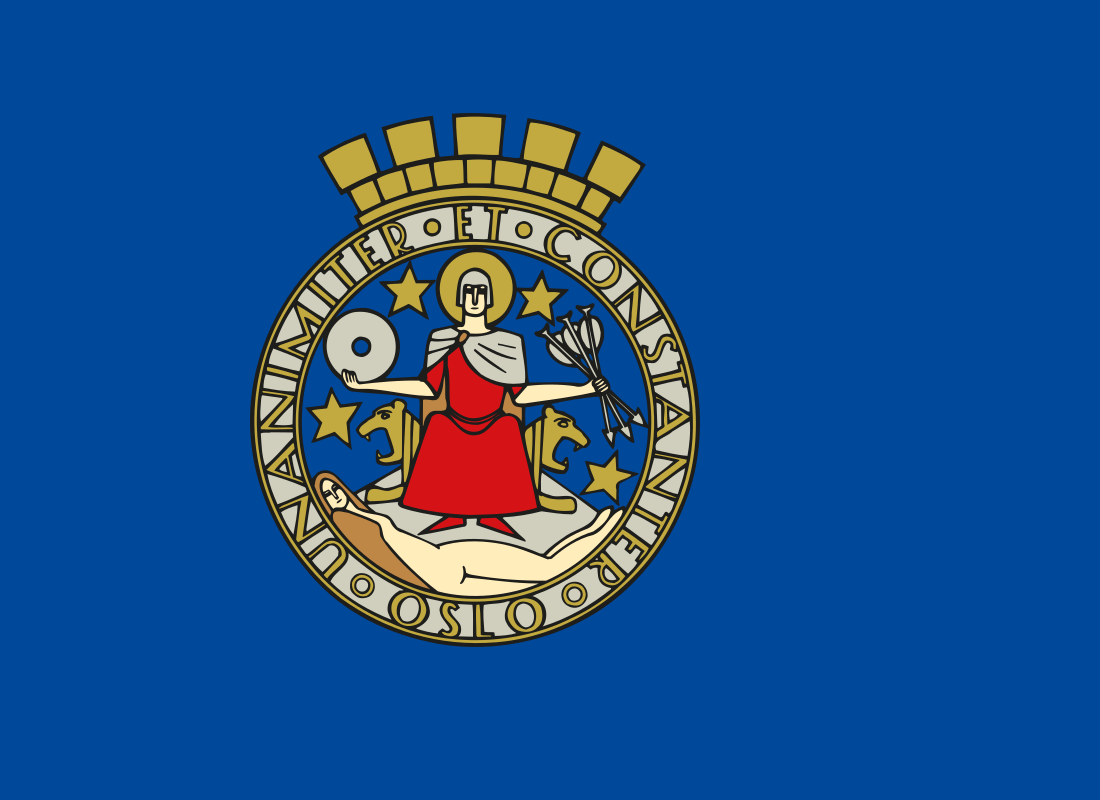 Oslo (/ ↓ ʊʂˈlʊ /) is the capital of Norway. The city was called Christiania from 1624 to 1924, according to the ancient Latin script inherited from Danish, or commonly Kristiania in Danish-Norwegian. On January 1, 1925, it officially took the name of a modest suburb, historic site of the first city, founded at the end of the Oslofjord by Harald III and promoted royal capital under Håkon V. The city of Oslo has a population of over 690,000 in 2020, 25.6% of whom are immigrants, making it the largest city in Norway. The Greater Oslo region, for its part, has a total population of 1,546,706 inhabitants in 2020. The capital thus includes 12.9% of the Norwegian population and constitutes both a municipality and a fylke (county), comprising fifteen bydeler (boroughs), extending widely around the Oslo fjord and to the northeast. There is no generic use gentile in the Norwegian language for locals and natives of Oslo (on the model of Tokyo, we sometimes speak of Oslo in French, even very recently of Oslovians). In Norwegian, the accepted term is Osloborger, whose literal translation into French is “citizen of Oslo”. The town covers 450 km2 and has large parks, as well as cross-country ski trails. Important rail and port communication hub, the city is served by a dense road and motorway network and numerous suburban trains.

After various speculations, the origin of the name of the city seems to have definitely gotten rid of procrastination and certain romantic or older rantings, such as that of the geographer and historian Peder Claussøn Friis in 1613. In the Middle Ages, the name of the city was transcribed Ásló, as well as Ósló, or "the land of the Ases". The word ló, in Old Norse, means "clearing" or "strip of land"; the term ás in Old Norse or ós in Old Høgnorsk refers to one of the two great families of Norse gods. Oslo is nicknamed Tigerstaden (the "City of the Tiger"), in reference to the criticism of the author and polemicist Bjørnstjerne Bjørnson in his 1870 poem Siste Sang ("Last song"), criticizing the city for adorning itself of variable colors according to the socio-political context - the country was then under the Swedish yoke and struggling to launch its cultural revolution, identity and independence. However, contemporary Oslo residents find this nickname flattering, a symbol of their great capacity to welcome immigrants and integrate their culture. During the Jubilee of the year 2000, a statue representing a tiger is placed on the Fridtjof Nansen square (on the north side of the town hall), a larger bronze of the same symbol being erected on Jernbanetorget (place de la Gare) , as well as others in various places of the capital, in particular in Furuset, district where many immigrants live, mainly from Pakistan, Vietnam and the Maghreb (Morocco and Algeria) (in decreasing order of importance of communities).

According to the Nordic sagas, Oslo was founded around the year 1048 by King Harald III. Recent archaeological excavations have unearthed Christian tombs dating from before the year 1000, proving that a community had previously settled on the site. This tends to confirm the traditional attribution of its foundation to Olaf Tryggvason on that date while also justifying the celebration of the millennium of Oslo in 2000. Oslo asserted its role as capital from the reign of Håkon V Magnusson (1299-1319), who established his permanent residence there and began construction of the citadel of Akershus. A century later, Norway came under Danish rule, and Oslo was reduced to the rank of simple capital