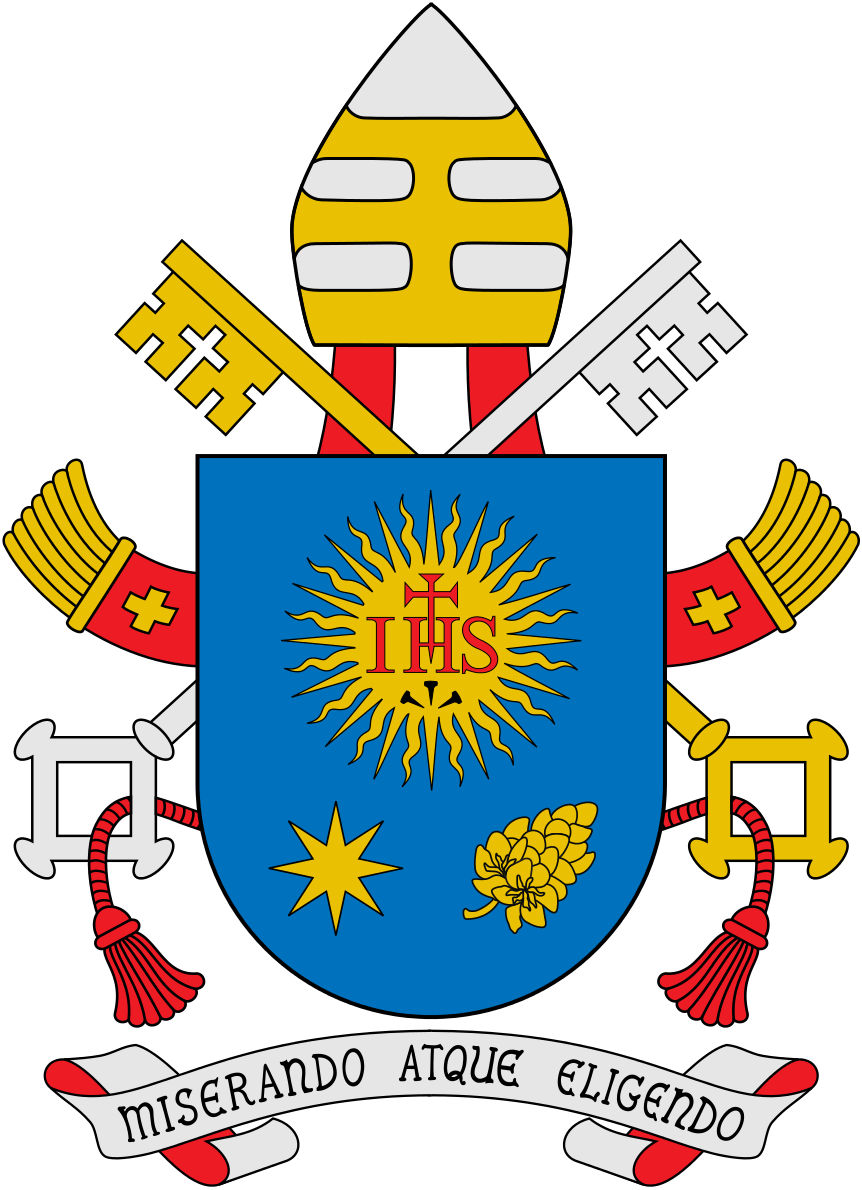 The pope is the bishop of Rome and the head of the Catholic Church. He is elected after the death or resignation of his predecessor. According to Catholic tradition, which other Christian denominations do not share, the authority of the pope is transmitted by succession from the apostle Peter himself, who received it directly from Jesus Christ. However, the way of conceiving and exercising this authority has evolved over the centuries. The Pope is the monarch of the Vatican. This state, totally landlocked in the city of Rome in Italy, is the smallest independent country in the world by its area (0.44 km2) and its population (800 inhabitants). The current pope is Jorge Mario Bergoglio, under the name of Francis, elected on March 13, 2013. Succeeding Benedict XVI, he is the 266th pope.

Although this is the most popular name for the bishop of Rome, the term "pope" was not originally an official title; it comes from the ecclesiastical Latin papa which itself comes from the ancient Greek πάπας (papas), a late form of the word πάππα (pappa), a familiar and affectionate term of childish language which designates the father (“papa”). This mark of affectionate veneration, already present in Homer, came into use in Eastern Christianity to honor episcopes, then bishops, and even priests. Appearing in the West at the beginning of the 3rd century, the title is gradually reserved for local bishops, applied for example to Cyprian of Carthage as well as to Augustine of Hippo but also to the bishop of Alexandria Heraclas (v. 250), whose successors at the head of the Coptic Orthodox Church still retain the title today. The first epigraphic attestation related to the bishop of Rome is in the catacomb of Saint Callixtus, on the cubiculum of a deacon named Severus about bishop Marcellinus (296–304): “jussu pp [papae] sui Marcellini”. Since then, the abbreviation of "dad" in "PP" has become widespread, especially in the papal signature. The title then tends to become specific from the end of the 4th century but the precision "Papa urbis Romae (aeternae)" ("Pope of the (eternal) city of Rome"), attests to a use still generalized in all of the bishops. In the 6th century, the title papa was used by the chancellery of Constantinople to address the Roman bishop, a title which, from the 8th century, his successors used to designate themselves without specification. In 968, the Council of Pavia enjoined Archbishop Arnulf II of Milan to renounce this title, which had been reserved since the end of the 11th century for the primate of Rome — "quod hoc unicum est in mundi" ("because he is unique in the world”) — following the Dictatus papae of Gregory VII. The word "pontificate" comes from one of the titles of the pope, "Sovereign pontiff", in Latin Pontifex maximus, worn by the high priest in ancient Rome and then until the 6th century by the emperor of Byzantium. The pope is not a "spiritual leader" [ref. necessary] because according to the Catholic faith he receives his mission from Christ himself, as bishop of Rome and successor of the apostle Peter: to watch over and preside over the unity of all the dioceses governed by the bishops in communion with Rome.

The Bishop of Rome

The prestige of the bishop of Rome in Christianity since early Christian antiquity resides above all in the double apostolic foundation associating Peter and Paul and in the presence of their tombs in this city, one in the Vatican, near the ancient Circus of Nero, and the other on the Via Ostiensis, at the gates of Rome. In the first centuries of our era, Rome thus became a city of pilgrimages “ad limina apostolorum”. The Roman Church has always proclaimed its apostolic foundation, on which it bases its mag