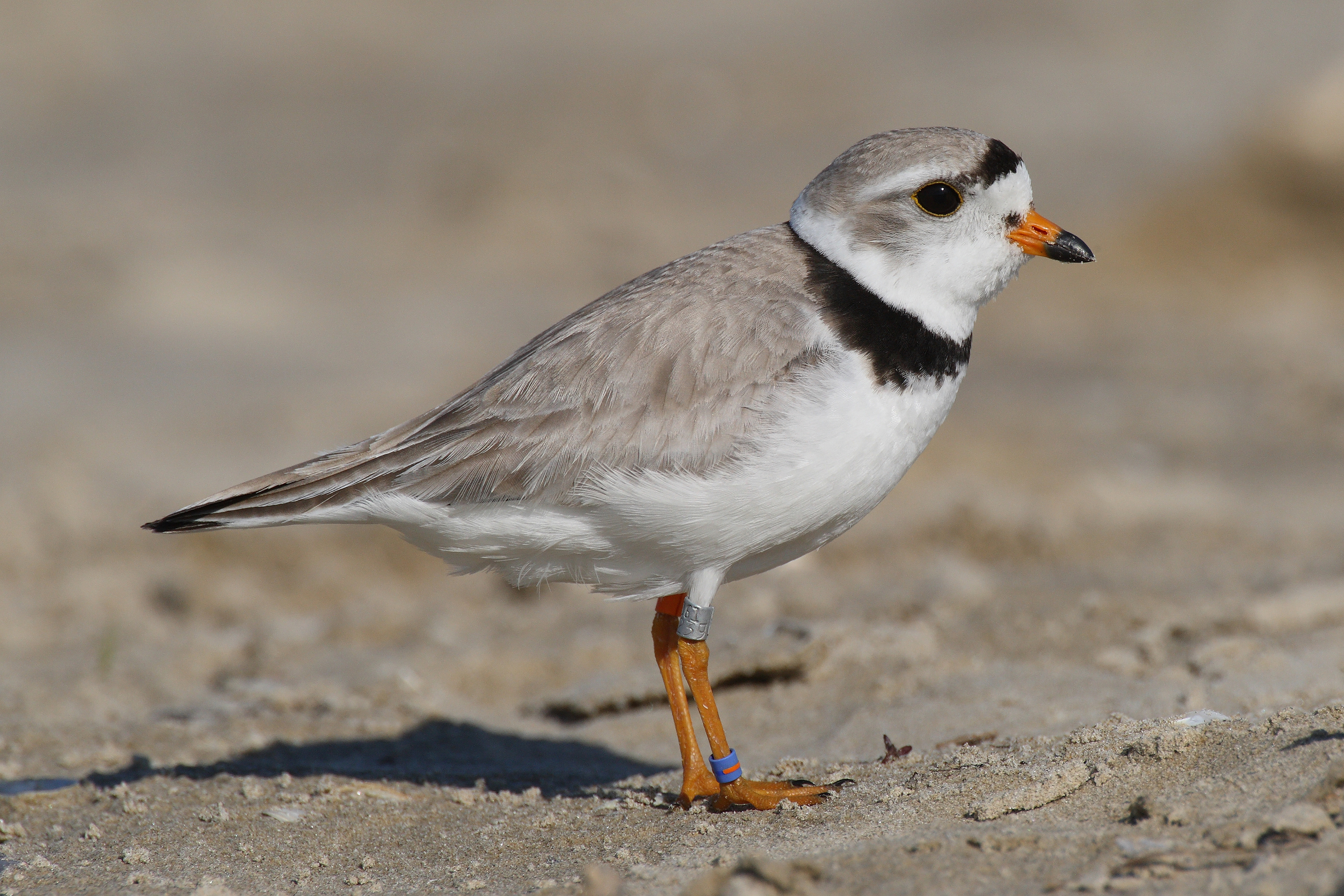 Piping Plover (Charadrius melodus) is a species of small shorebird in the Charadriidae family. The size of a sparrow and sandy in color, it nests and feeds on sand and gravel beaches. The adult has yellow-orange legs, a black stripe across the forehead from eye to eye, and a black ring around the neck during the breeding season which is often larger in the male and is used to try to d attract females. He runs for a short distance then stops. It is difficult to see when it is motionless because its plumage blends well with the sand of the beach. Males and females are difficult if not impossible to tell apart. Simply, during the breeding season the males generally have a broad black band around the neck while the females have a narrow one.

Its name comes from the small plaintive whistles often heard before the bird is visible.

Its total population is currently estimated at about 6,410 individuals in 2003, including 3,350 on the Atlantic coast alone, or 52% of the total. The population has been increasing since 1991.

Its breeding habitat is beaches or sandy areas on the Atlantic coast, the shores of the Great Lakes, and west-central Canada and the United States. It nests directly on sandy or gravel beaches.

It forages on beaches, most often by sight, moving quickly across the beach over short distances. Typically, the Piping Plover forages for food in the high tide area and along the water's edge. It mainly eats insects, sea worms and crustaceans.