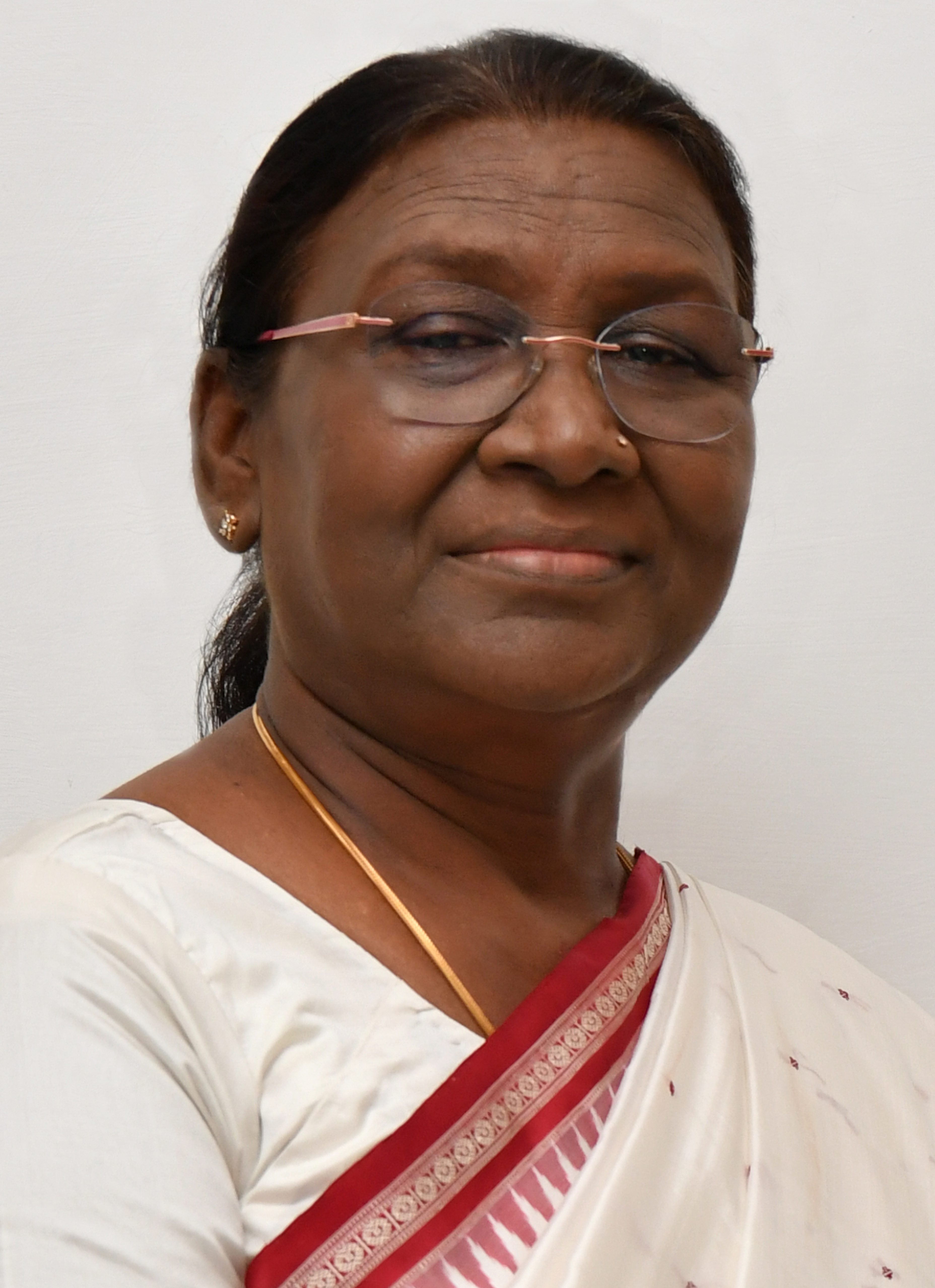 The President of India (Hindi: भारत के राष्ट्रपति IAST: Bhāratīya Rāṣṭrapati; English: President of India) is the head of state of the Republic of India. He is formally the head of the executive, legislative and judicial branches and commander-in-chief of the Indian Armed Forces. The President is indirectly elected for a five-year term by an electoral college made up of members of Parliament (Lok Sabha and Rajya Sabha) and the state legislatures. The Indian Constitution provides for the President to exercise his prerogatives directly or through subordinate officers. However, his power is only formal because the president is required to follow the advice of the prime minister, responsible to the Lok Sabha and de facto holder of executive power with the government. The official residence of the President of India is Rashtrapati Bhavan in New Delhi. He also has second homes in Shimla and Hyderabad. The current President of the Republic is Droupadi Murmu, from the Bharatiya Janata Party, invested on July 25, 2022.

Origin of the function

When India became independent on August 15, 1947, it did so in the form of a dominion, the Indian Union, whose head of state remained the king represented in India by a governor general. The first Governor General is Louis Mountbatten, who until then was Viceroy of the Indian Empire. He was replaced in 1948 by an Indian, Chakravarthi Rajagopalachari. A new Constitution came into force on January 26, 1950. It made India a federal parliamentary republic. The King and the Governor General are then replaced by a President of the Republic who will be the Head of State.

Article 58 of the Constitution sets the conditions for being eligible for the post of President of the Republic: be an Indian citizen; be 35 years of age or older; be eligible for the Lok Sabha. A person is not eligible as President of the Republic if he holds a paid position in the Government of India or any state government. However, the following may be candidates: the Vice-President of the Republic; the governor of a state; a Union or State Minister; a member of Parliament or the Legislature of a State. If the Vice President, Governor, Minister or Member of Parliament is elected President, he is deemed to have resigned his office on the date of the commencement of his term as President. The Presidential and Vice Presidential Act of 1952 requires presidential candidates to file the signatures of 50 electors as nominators and 50 electors as seconders in order for their name to appear on the ballot. Each member of the Electoral College can sponsor only one candidate. A candidate must also make a deposit of 15,000 rupees in the Reserve Bank of India, this deposit is returned to him if he obtains one-sixth of the votes.

The President of the Republic is elected for a five-year term by instantaneous second round voting by an electoral college made up of members of the Lok Sabha and the Rajya Sabha, respectively lower house and upper house of Parliament, as well as those of the Assemblies laws of each of the 28 states and the territories of Delhi and Pondicherry. The votes are weighted by assigning each vote a “weight” in number of votes, according to two principles. On the one hand, the total votes of the members of Parliament must equal the total votes of the members of the state legislatures. On the other hand, the number of votes attributed to the members of the state legislatures must correspond to the demographic weight of each of them. To do this, the population of each state is divided by 1,000 and then this figure is divided by