President of the French Republic 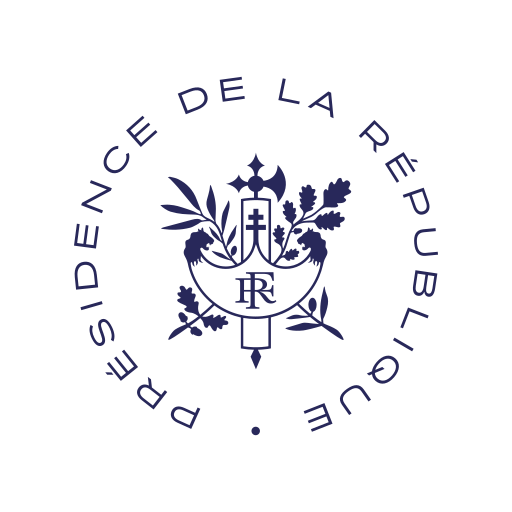 The President of the French Republic is the head of state in France, exercising the highest functions of the executive power of the Republic. Officially, under the Fifth Republic, the president shares executive power with the Prime Minister: we speak of a semi-presidential regime. In practice, when he has acquired a parliamentary majority, the President concentrates all executive power, even if the Prime Minister remains Head of Government and responsible for his policy before the National Assembly. The French Republic had a president during the 2nd Republic, between 1848 and 1852, then under the 3rd Republic from 1871 to 1940, and finally since 1947 during the 4th and 5th Republics. This function was assumed by twenty-five people, the interim provided twice by Alain Poher not being taken into account. All the Presidents of the Republic have resided at the Élysée Palace in Paris. From 1848 to 1852 and since 1962, the President of the Republic is elected by direct universal suffrage. It is the most important political function in France, by the protocol order, but also by incarnation of the authority of the State. The president is the head of state in France and the chief of the armies. He is the guarantor of the independence of the judicial authority, of the regular functioning of the public authorities and of the continuity of the State, as well as of respect for the Constitution of the Fifth French Republic. It plays an eminent role in foreign policy as the guarantor of national independence, territorial integrity and respect for treaties, which it negotiates and ratifies. He has the right of pardon on an individual basis, can pronounce the dissolution of the National Assembly, or the exercise of exceptional powers for thirty days at least before possible referral to the Constitutional Council by Parliament. He is also Grand Master of the National Order of the Legion of Honor, Grand Master of the National Order of Merit, Co-Prince of Andorra, first and only Honorary Canon of the Basilica of Saint John of Lateran and protector of the Institut de France, the French Academy and the national domain of Chambord. The other functions, attributions and methods of appointment have changed a lot over time according to the regimes, but also according to the circumstances and the men called upon to fulfill this duty. Under the Fifth Republic, in place since 1958, its power was much more extensive than under the Third and Fourth Republics, like the Second Republic. The mandate of the President of the Republic was four years from 1848 to 1852 then seven years from 1873 to 2002; since this last year, after the holding of a referendum, this period has been five years. The current President of the French Republic is Emmanuel Macron. He emerged victorious in the French presidential election of 2022, which made him the first president of the Fifth Republic to be re-elected by universal suffrage outside the period of cohabitation.

Presidency before the Fifth Republic

When the monarchy fell in 1792, France no longer had a head of state. This function is de facto assumed by the various committees resulting from the National Convention. But the executive was unstable until the advent of the Consulate in 1799. The First Empire temporarily put an end to republican ideas.

The February 1848 revolution ousted King Louis-Philippe I and established the Republic. To decide on new institutions, the constituents drew inspiration from the United States, whose political model was popularized by Alexis de Tocqueville in his work De la democratie en Amérique published in two books in 1835 and 1840. The constitution of November 4, 1848 chose to entrust executive power to