President of the Philippines 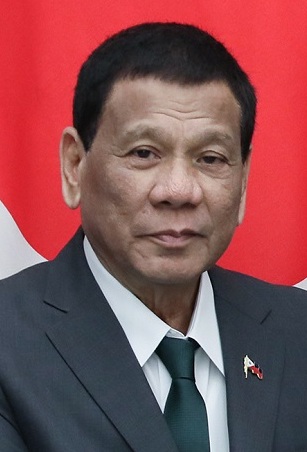 The president is elected by first-past-the-post system for a non-renewable six-year term. The ballot takes place by direct universal suffrage: all citizens of the Philippines of voting age (eighteen years and over) can vote if they have resided at least one year in the country, as well as in the six months preceding the election in the place where they want to vote, insofar as no judicial condemnation prohibits them the right to vote. The Congress of the Philippines is responsible for the proper conduct and secrecy of the vote. Candidates for election must be citizens of the Philippines since birth, have resided in the archipelago for at least ten years at the time of the election, be forty years of age or older, be registered to vote, and be able to read and write. The Vice President of the Philippines is elected for the same term and under the same procedure as the President. He can temporarily replace the president in the event of the latter's death, resignation, dismissal or inability to govern. The Philippine presidential and vice presidential elections have the particularity of being organized on the same day but on separate ballots, thus allowing voters to vote for a president while voting for a vice president who is not necessarily his running mate. The two elected officials are therefore regularly from different political sides.

The president is the guarantor of the law and is the highest official in the executive branch. He can appoint, with the consent of Congress, high officials, ambassadors, ministers, consuls and officers whose rank is higher than colonel or captain. He is the commander-in-chief of the armies, and can decree martial law in agreement with Congress in the event of a threat to national security. He can grant pardon, commutation of sentence or reprieve. It can to a certain extent contract or guarantee foreign loans, with the agreement of the central bank and within the framework defined by law.

The president may be removed from office following a so-called impeachment procedure in the event of violation of the Constitution, treason, corruption, particularly serious crimes or abuse of the public trust. An impeachment procedure must first be validated by a third of the members of the House of Representatives and succeeds if it is voted by two-thirds by the senators.