First Battle of the Isonzo 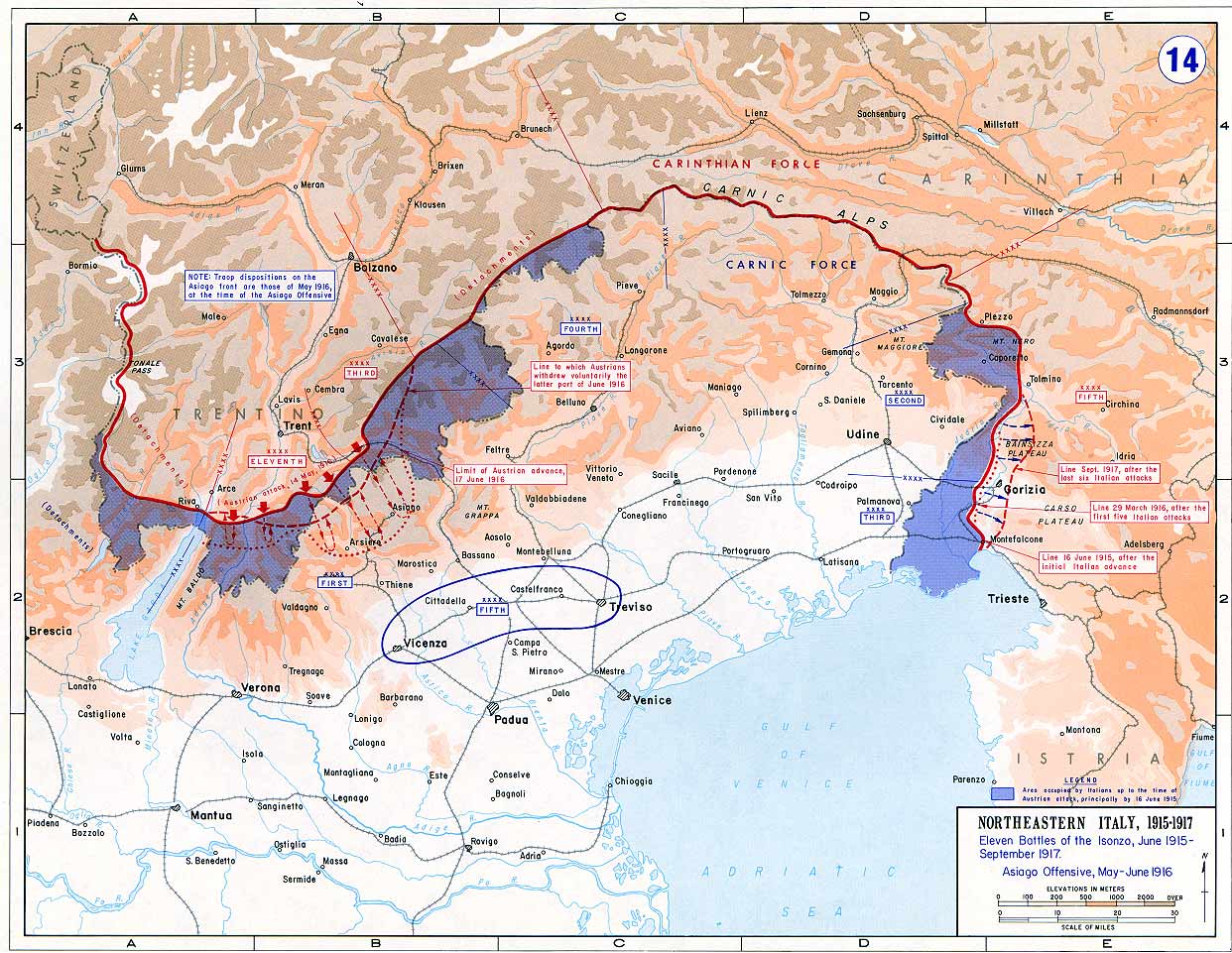 On June 23, 1915, during the First World War, the Italians opened the first of the twelve battles of the Isonzo against Austria-Hungary. For Italy the objective is the conquest of the city of Trieste, the main Austrian port on the Adriatic Sea. The Austrians can count on a better quality of armament, in particular on more powerful artillery pieces, but they are in numerical inferiority compared to the Italians. However, mountain warfare gives defenders a great advantage over attackers. This explains the passive attitude of the Austro-Hungarian army which, until 1917, was content to defend its positions, without carrying out large-scale attacks.

The course of the battle

The 200,000 Italians, initially about twice as numerous in men and artillery pieces as the Austro-Hungarians, gained ground during the first phase of the battle. However, their main offensive, which began on June 30, 1915, ended in failure. Indeed, the Italian forces, which attack on a front of 30 km, only manage to take position at a single place on the left bank of the Isonzo. A new attack on July 5, 1915 produced few results. The Italian armies, the 2nd under General Pietro Frugoni (it) and the 3rd under the Duke of Aosta, took the lead in the offensive. The Italian III Army aims to break the front between Monfalcone and Sagrado towards the high plateau of Doberdò while the II Army would advance between Monte Sabotino (it) and Podgora. The aim was to conquer the Gorizia bridgehead, cross the Isonzo, seize the Kuk and Priznica mountains, and also carry out an attack on the Tolmin bridgehead. Despite its numerical superiority, the Italian army could not achieve any of its goals. Only in Sagrado did it manage to push on to the high plateau of Doberdò, advancing less than 2 km. The Italians suffered heavy losses: 15,000 to 16,000 men, including 4,000 for the battle of Gorizia alone. Austro-Hungarian losses amounted to 10,000 men. July 7, 1915 marked the end of the first battle of the Isonzo.

Among the consequences of the battle is the deportation by Austro-Hungarian troops of a large part of the Italian populations of the towns of Monfalcone and Sagrado to internment camps located further north, in particular in the town of Wagna.