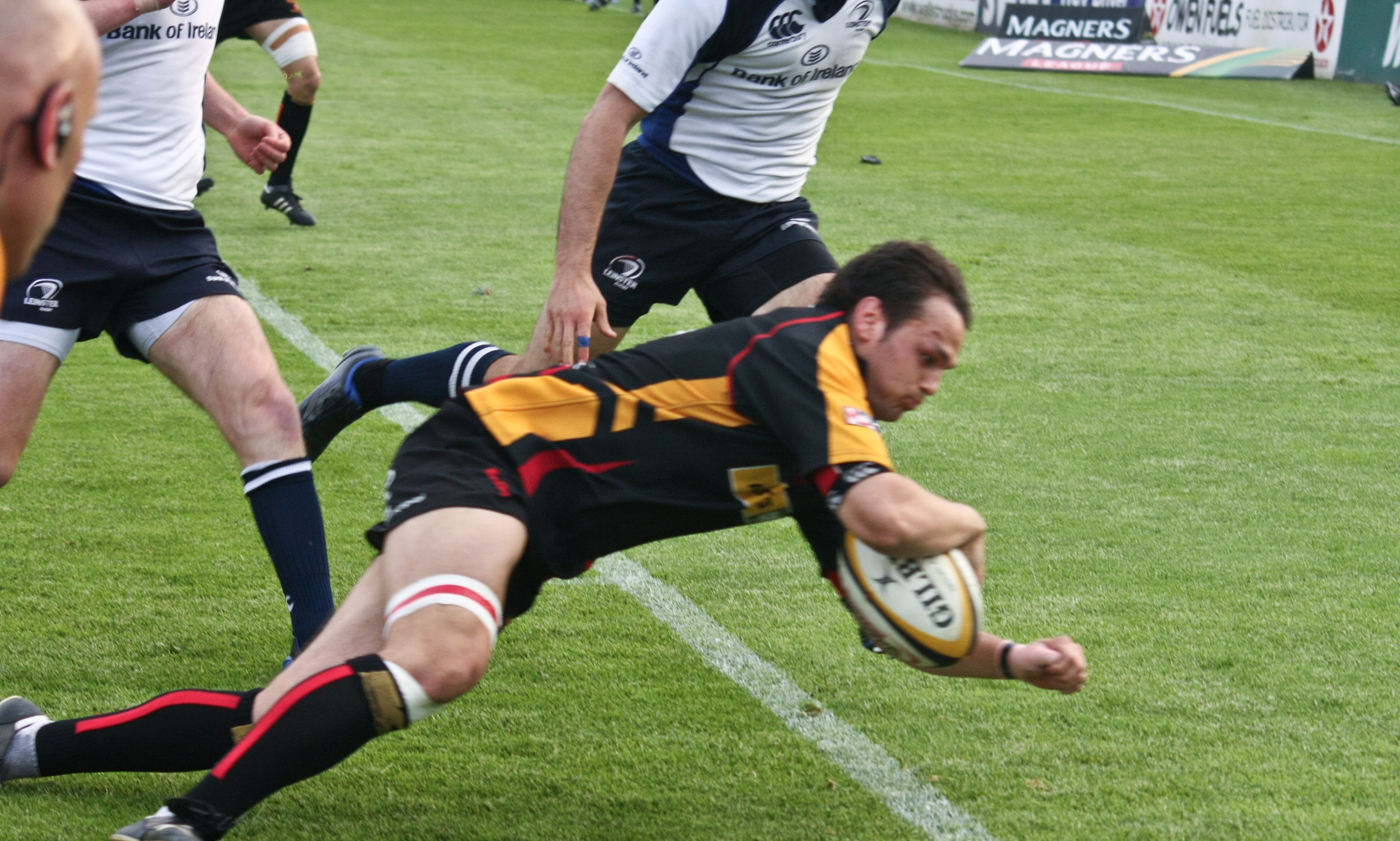 Rugby union, also called rugby union in English-speaking countries, which is played in teams of fifteen players on the field with substitutes, is the most practiced variant of rugby, a family of team sports, whose specificities are scrums and the keys, pitting two teams against each other for an oval ball, played by hand and foot. The objective of the game is to score more points than the opponent, by tries (giving the right to transformations), penalty goals or even by drops (kicks dropped in the course of the game). Nowadays, the try is worth five points and seven if converted, the drop and the goal (penalty) are worth three points each. Rugby fifteen originated in England and developed at the end of the 19th century in Anglo-Saxon countries (United Kingdom, Ireland, South Africa, Australia, New Zealand) and in France. In the 21st century, the main international rugby union competitions are the Six Nations Tournament in Europe, the Rugby Championship in the southern hemisphere, and on a global level since 1987, the World Cup. The International Rugby Board (IRB), created in 1886 (which became World Rugby in 2014), governs this sport, publishes its rules, as well as the world ranking of national teams.

Some studies claim that the ancestor of rugby is soule (or sioule), a sport widely practiced in medieval France. Soule has indeed common characteristics with rugby, such as knappan in Wales, hurling in Cornwall and Ireland, calcio in Italy, which are played at the same time. But these games quickly died out at the end of the 18th century, unlike folk football which found refuge in English colleges. The original variant was invented on the grounds of the main college in the city of Rugby (England). Legend has it that during a game of football in mid-1823, William Webb Ellis, a pupil of this college (the Rugby School) and future pastor, carried the ball in his arms behind the opposing goal line while the rule is to push it at the foot. In reality, the origins of rugby are much more complex and fall within the context of the development of the practice of “collective” sports in the education of public schools, in particular the Rugby School headed by headmaster (director) Thomas Arnold, which in the 1830s aimed to educate children of the wealthy classes (upper middle class and aristocracy). This British educator then relied on athletic sports, in particular rugby football, a popular practice during country festivals and whose virile and warlike values ​​should allow these young people to be able to control themselves in a violent confrontation, to strengthen their bodies to better able to subject him to Victorian morality. This pedagogy must also teach them to lead institutions and companies. This sports practice of Arnold is gradually spreading to other schools thanks to students and teachers who have passed through Rugby. The British colleges of the time each practiced a ball game derived from soule. Each college has its own rules and kicking and handplay are common. The gesture of William Webb Ellis, to keep the ball in hand, in a phase of play that does not allow it, has gradually changed the rules of the college of Rugby. But with the appearance of the railroad, the colleges will no longer be isolated and sporting events will become possible. It is therefore necessary to agree on the rules to be adopted. We thus see in the first meetings the matches taking place according to the rule of the receiving college. But very quickly the need for more uniform rules is felt. Quarrels arise between supporters of a favorite game