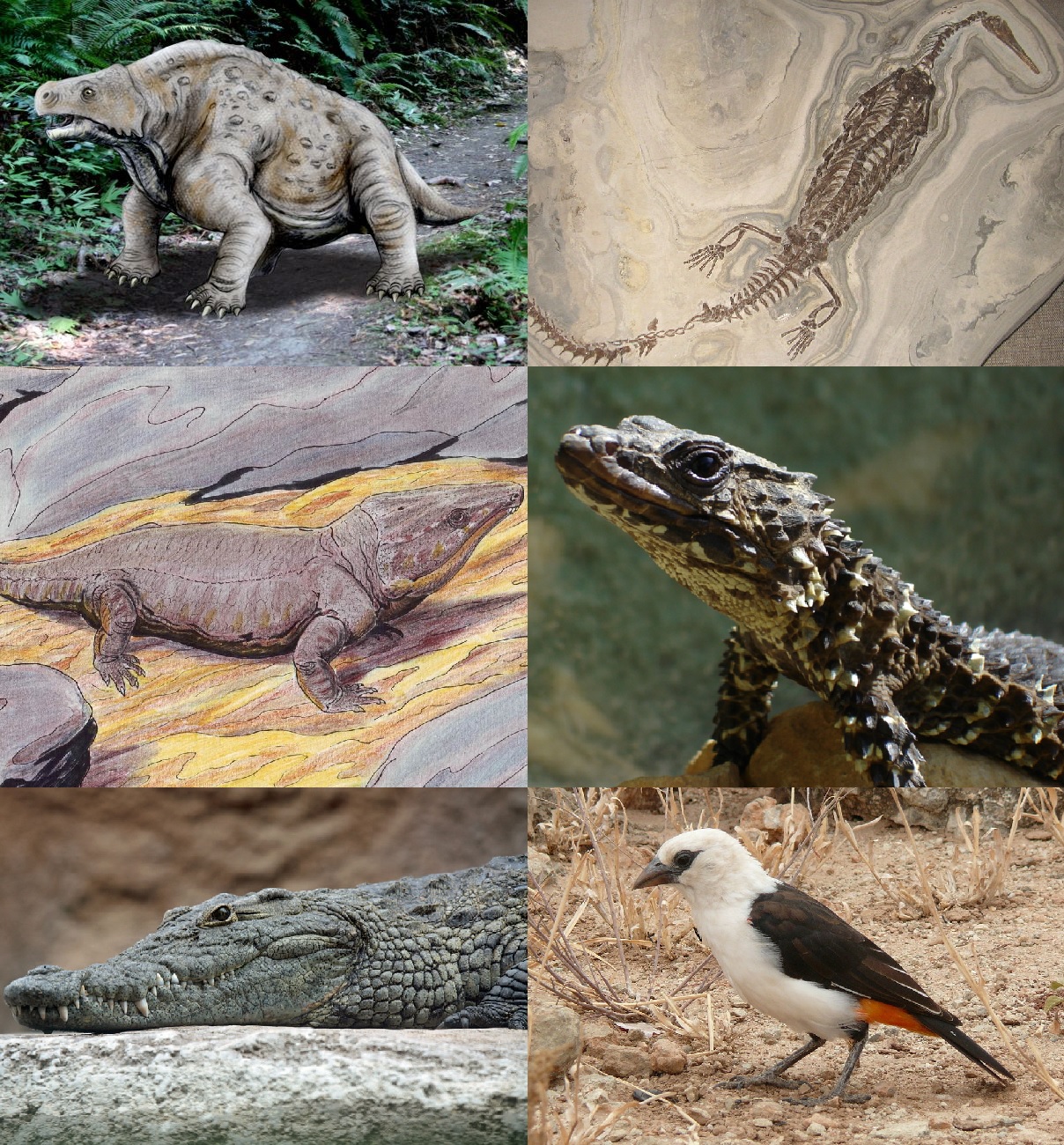 Sauropsids (Sauropsida) are a clade of tetrapods including reptiles and birds. It is a monophyletic group of animals which is the sister group of the synapsids, today only represented by the mammals, with which they form the taxon of the amniotes. The Sauropsida base falls into two main groups of "reptiles": Eureptilia ("true reptiles") and Parareptilia ("next to reptiles"). Eureptilia encompasses all living reptiles (including birds), as well as various extinct groups. Parareptilia is generally considered to be an entirely extinct group, although a few hypotheses about the origin of turtles have suggested that they belong to the parareptiles. The term "Sauropsida" originated in 1864 with Thomas Henry Huxley who grouped birds with reptiles, based on fossil data.

History of the taxon

The naturalist Thomas Henry Huxley (1825-1895) demonstrated the deep relationships existing between reptiles and birds, which he brought together in 1864 in a group called sauropsids. The oldest known sauropsid fossils are dated to around 312 million years (Ma), which corresponds to the end of the Carboniferous. Among the sauropsids, the dinosaurs formed the most important part of the large animals in the Mesozoic, until the Cretaceous-Paleogene extinction, 66 Ma ago. After this crisis, the mammals recovered the ecological niches thus freed, except those of birds which also diversified. Reptiles in the common sense, i.e. without birds, form a paraphyletic group which, therefore, is not relevant for assessing the degrees of relatedness between these species. One cannot say of any reptile that it is closer to another reptile than to a bird: crocodiles, for example, are phylogenetically closer to birds than to lizards. Reptiles are therefore rather an evolutionary grade. The group of sauropsids, on the other hand, being holophyletic, clearly indicates that all the animals which belong to it have an exclusive relationship, and does not prejudge the different degrees of kinship between species within this group (the term sauropsid does not indicate whether the crocodile is closer to the bird or the lizard, and therefore no longer misleading). The evolutionary grade of reptiles has been dropped in cladist classifications. Evolutionary researchers, on the other hand, continue to use the classical definition and accept it as a taxon in its own right (paraphylia not being rejected in this school of taxonomy).

Characters of the taxon

Some characters specific to sauropsids: Presence of a ventral keel under the cervical vertebrae, the hypopophysis. The excretory system produces ornithuric acid. The iris of the eye has striated muscles that compress the lens to bring it into focus.