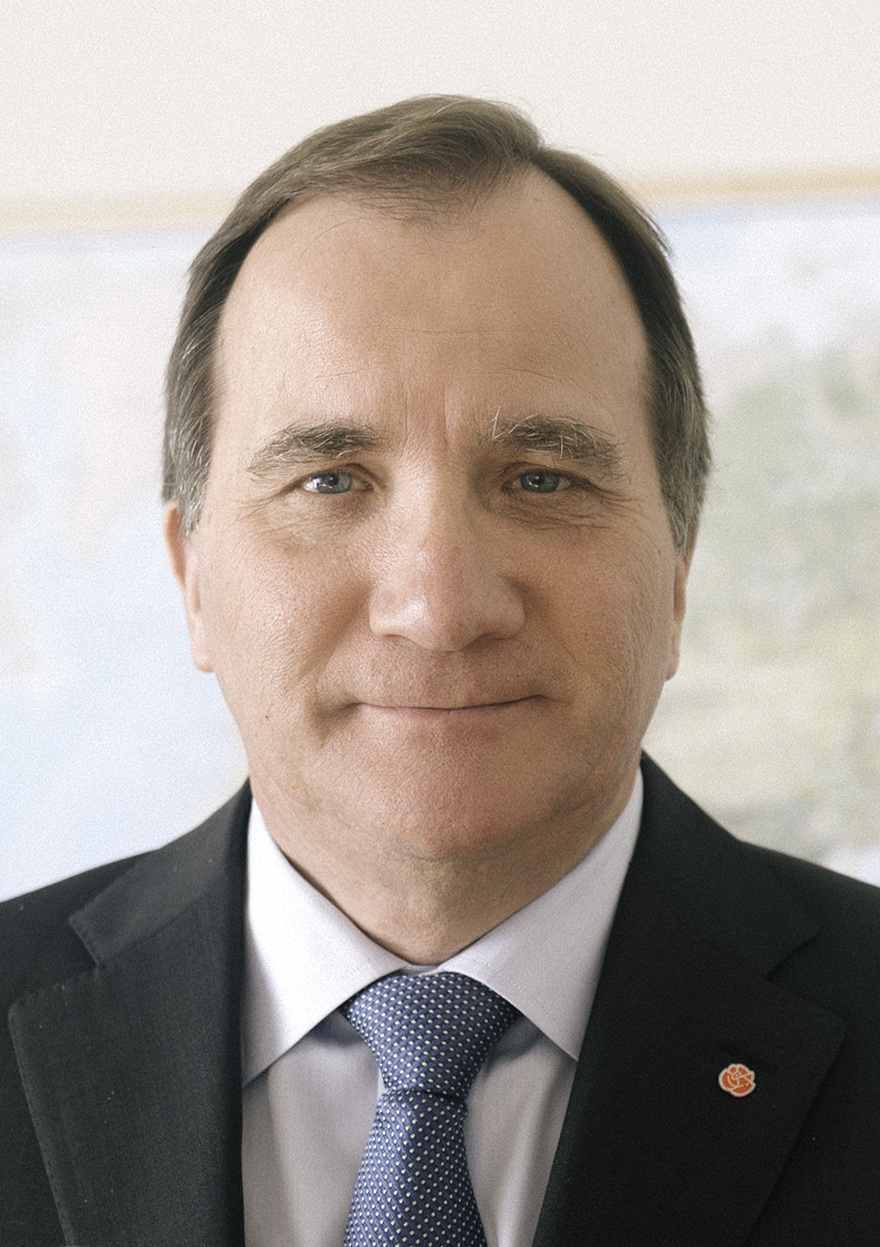 Stefan Löfven (/ˈstěːfan lœˈveːn/) is a Swedish statesman and trade unionist born July 21, 1957 in Stockholm. He is a member of the Swedish Social Democratic Workers' Party and Prime Minister from 2014 to 2021. A member of the Swedish Metalworkers' Union (Metall) since 1981, he chaired the new union IF Metall from its founding in 2006. He left trade unionism after taking over the leadership of the Social Democratic Party in 2012. After his party's victory in the 2014 legislative elections, he was appointed Prime Minister and led a coalition of social democrats and ecologists. He was reappointed in 2018. Overthrown then reinvested in the summer of 2021, he resigned four months later.

Stefan Löfven was born in Hägersten-Liljeholmen in the southern suburbs of Stockholm. He has an older brother and has never known his father. At the age of ten months, he was placed in a foster family in Sunnersta (municipality of Sollefteå), his biological mother not being able to take care of a second child. His adoptive father, Ture Melander (1926-2003), was a lumberjack, then a factory worker, while his adoptive mother Iris Melander worked as a home help. The Melanders have two other children, Monika and Roland.

He took two years of economics courses at Sollefteå high school, then a 48-week welding course in Kramfors. After his military service, he began studying economics in higher education in Umeå but gave up after a year and a half.

He began his professional life in 1979 as a welder at Hagglund & Sons in Örnsköldsvik. He stayed there until 1995. At Hagglunds, he met his future wife, Ulla. In 1981, he became shop steward for the Swedish Metalworkers' Union (Metall) at his factory, after which he ran for a number of union positions. He was appointed Metall's Central Mediator in 1995, working on contract issues nationally and internationally. He was placed as international secretary of the trade union center in 1998, then in 1999, he took up the position of general secretary. He was elected vice-president of the union in 2001. In November 2005, the merger congress of Metall and the Swedish Industrial Union (Industrifacket) took place, which together formed the union IF Metall. Stefan Löfven is chosen to take over as chairman when the merger takes effect on January 1, 2006.

Stefan Löfven was elected to the executive committee of the Social Democrats in 2006. After Håkan Juholt abruptly left the position of chairman of the Social Democratic Party, the executive committee meeting on January 26, 2012 suggested Löfven to take the leadership of the party. He is invested in these functions the next day. It is he who leads the Social Democrats in the general elections of September 14, 2014: the party ends up in the lead with 31% of the vote, while the three left-wing parties win a relative majority in the Riksdag. Löfven is for the first time elected parliamentarian. Löfven has been criticized by the Swedish Society for Peace and Arbitration, with the latter claiming he was an arms lobbyist as he advocated increased state arms purchases to support the defense industry , which employs thousands of people throughout the country and which was in crisis due to the signing of contracts with Brazilian arms companies.

On October 3, 2014, he was appointed Prime Minister by the Riksdag, then formed a minority coalition government with the Greens, made up of twenty-three ministers. Two women, Margot Wallström and Magda