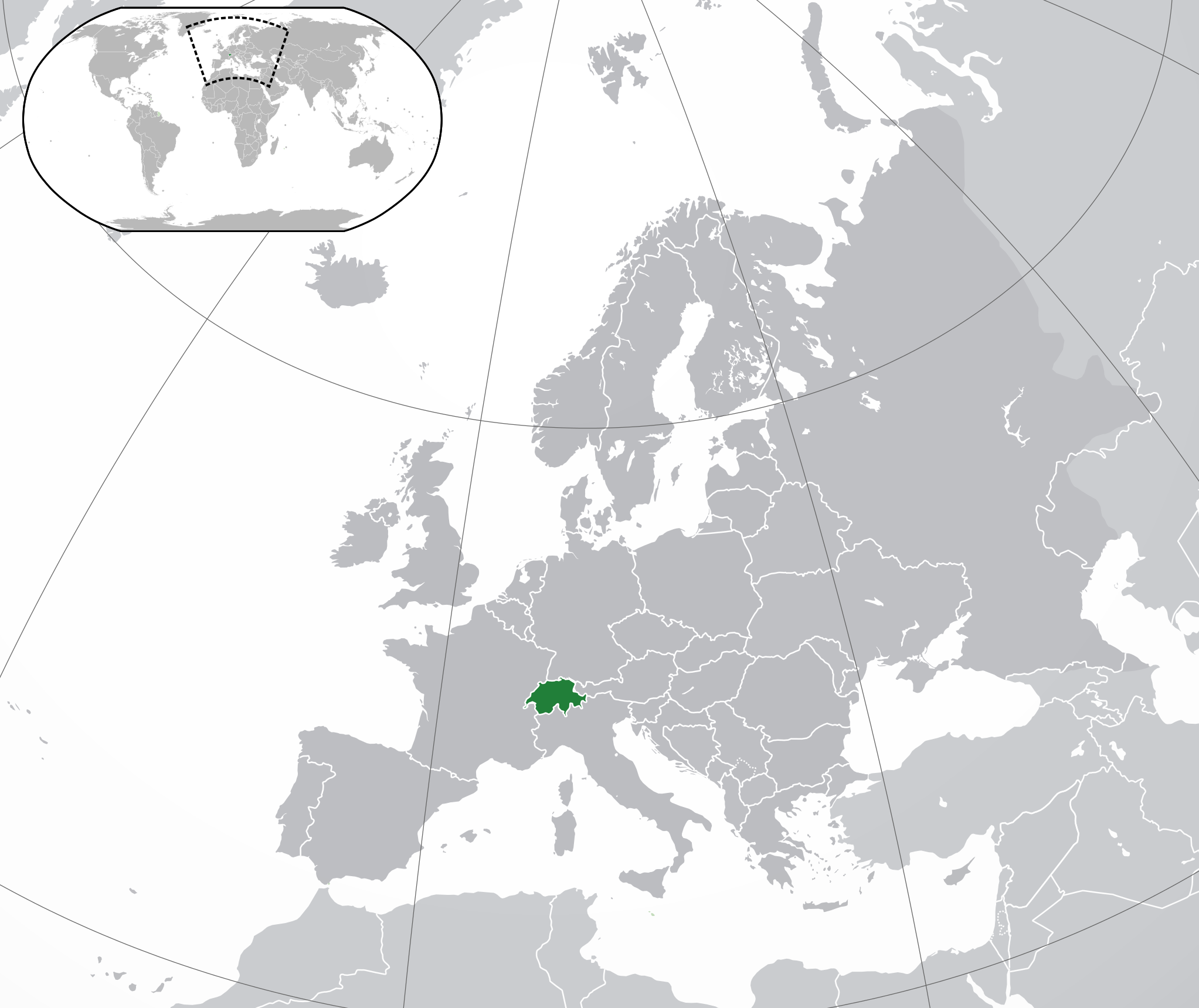 Switzerland, in long form the Swiss Confederation, is a country in Central Europe and, according to some definitions, in the West, made up of 26 cantons, with Bern as its de facto capital, sometimes called a “federal city”. Switzerland is bordered by Germany to the north, Austria and Liechtenstein to the east-northeast, Italy to the south and southeast, and France to the west. It is a country without an ocean coast, but which has direct access to the sea via the Rhine (Mannheim Convention). The area of ​​Switzerland is 41,285 km2. It is geographically divided between the Alps, the Swiss Plateau and the Jura. The Alps occupy most of the territory (60%). The population of Switzerland exceeds 8.5 million inhabitants and it is concentrated mainly on the Plateau, where the largest cities are located. Among them, Zurich, Geneva and Basel are the most important agglomerations of the country in terms of economy and population, and world cities with headquarters of international organizations and having international airports. The establishment of the Swiss Confederation is traditionally dated August 1, 1291, a day celebrated every year as a National Day. The country has a long tradition of political and military neutrality and only joined the United Nations in 2002. However, it pursues an active foreign policy and is frequently involved in peace-building processes around the world. Switzerland is also the birthplace of the International Committee of the Red Cross; it is also home to many international organizations, including the second largest UN headquarters after New York: the United Nations Office in Geneva as well as the headquarters of the Bank for International Settlements in Basel, the headquarters of the World Health Organization in Pregny-Chambésy in the canton of Geneva and the headquarters of the International Olympic Committee in Lausanne. In the European domain, it is one of the founding members of the European Free Trade Association, and a member of the Schengen area, but not of the European Union or the European Economic Area. Switzerland has four cultural and linguistic regions and therefore has four national languages: German, French, Italian and Romansh. While the first three languages ​​are official, Romansh is only partially official. Consequently, the Swiss form a nation in the civic sense of the term, having no strong uniqueness on an ethnic or linguistic level; the strong sense of identity and community of the Swiss is based on a common historical background sharing common values, such as federalism, direct democracy and alpine symbolism. Ernest Renan cites it by name as an example in What is a Nation? One of the most liberal economies on the continent, Switzerland has the second highest nominal GDP in the world per capita, as well as the ninth GDP in purchasing power parity according to Credit Suisse and the IMF. The Swiss have the second highest life expectancy in the world on the list published by the United Nations DESA. Switzerland is ranked as one of the ten least corrupt countries; moreover, over the last five years, the country has been ranked first in terms of economic and tourism competitiveness, according respectively to the Global Competitiveness Report and the Travel and Tourism Sector Competitiveness Report, both carried out by the World Economic Forum.