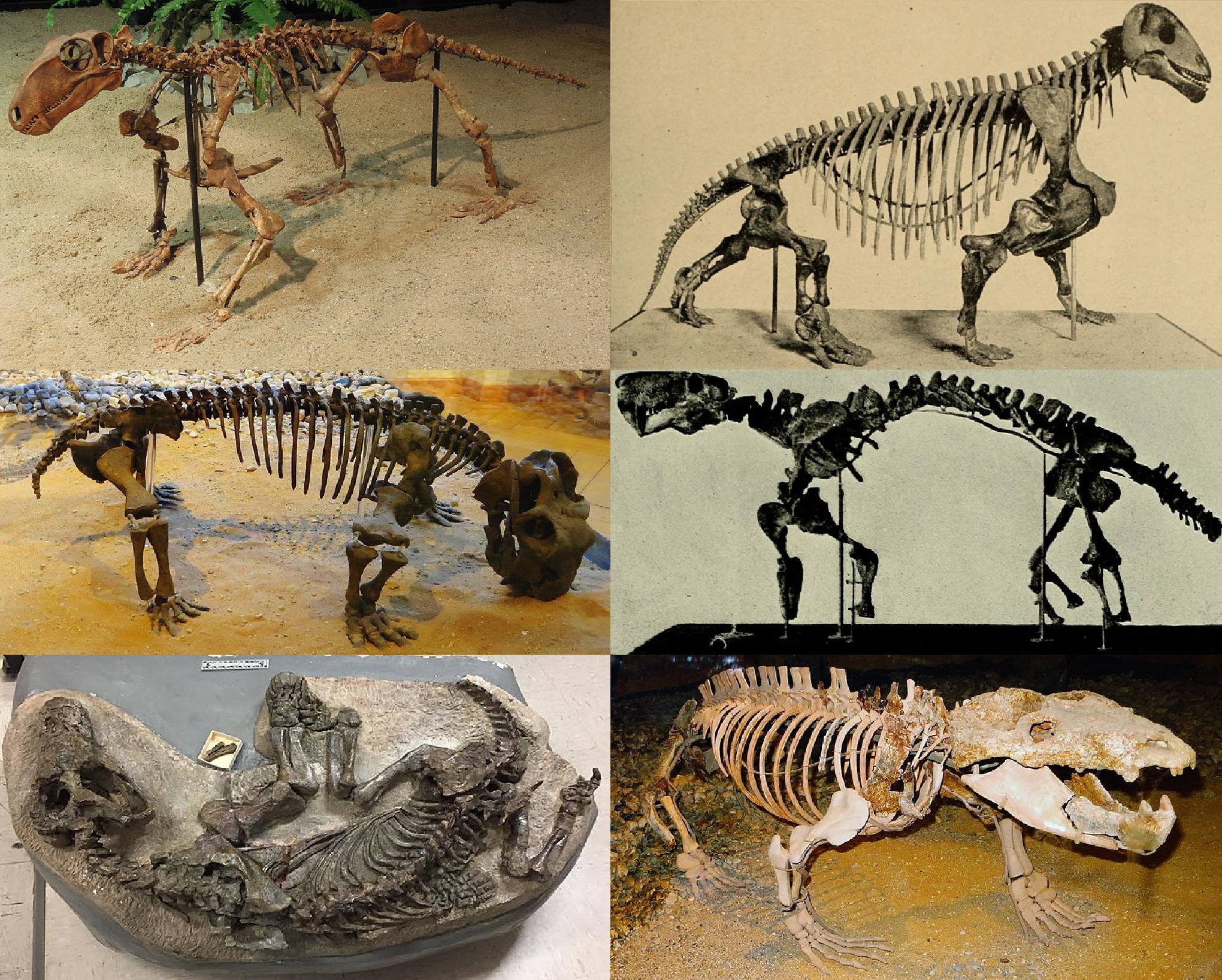 Therapsids (Therapsida), sometimes called theromorphs (Theromorpha) according to some sources, form a major group of eupelycosaurian synapsids that includes mammals and their ancestral lineages. Many of the traits considered unique to mammals today have their origins in early therapsids, including limbs that are jointed below the body, not laterally as in many reptiles and amphibians. The oldest known therapsids are dated over 272 million years old and descended from sphenacodonts, gradually replacing pelycosaurs (an invalid term used to refer to more basal synapsids) as the dominant large land animals from the Middle Permian through the Triassic. inferior. Following the Permian-Triassic extinction, the relative importance of therapsids diminished compared to the diapsid reptiles which diversified rapidly during the middle Triassic, with only the dicynodonts and the eutheriodonts surviving this event, the other lineages having extinct. The eutheriodont therapsids include the cynodonts, a highly diverse group that gave rise to mammals during the Middle Jurassic, the latter being among the few representatives of the group that survived the Triassic-Jurassic extinction. The last of the non-mammalian cynodonts, the tritylodontids, continued to exist until the Lower Cretaceous.

The temporal pits of therapsids are larger than those of pelycosaurs and their jaws are more complex and powerful: the teeth differentiate into frontal incisors for pinching, large lateral canines for perforating and tearing as well as molars for shearing and chopping food, due to the fact that many current species and in particular non-mammalian have a fleshy palate which already allows them to eat and breathe at the same time.

The legs of therapsids are positioned more vertically below their bodies than are those of reptiles and pelycosaurs. Also, compared to these groups, the feet are more symmetrical, with the first and last toes short and the middle toes long, an indication that the axis of the foot is placed parallel to that of the animal, without extending laterally. This orientation would have given a gait more like that of a mammal than that of a lizard or a pelycosaur.

The physiology of therapsids is poorly understood. Most Permian therapsids possess a pineal foramen, indicating that they have a parietal eye like many modern reptiles and amphibians. The parietal eye plays an important role in thermoregulation and circadian rhythm in ectotherms, but is absent in modern mammals, which are endothermic. Towards the end of the Permian, the dicynodonts, therocephalians and cynodonts show parallel tendencies towards the loss of the pineal foramen, the latter being completely absent in the probainognathian cynodonts. Oxygen isotope evidence, which is correlated with body temperature, suggests that most Permian therapsids are ectothermic, and that endothermy evolved convergently in dicynodonts and cynodonts by the late Permian. In contrast, histological evidence suggests that endothermy is shared across therapsids, whereas estimates of blood flow and lifespan in Morganucodon suggest that even early mammaliaforms have "reptilian-like" metabolic rates. Evidence of respiratory turbinates, thought to indicate endothermy, is reported in the therocephalian Glanosuchus, but later study shows that the