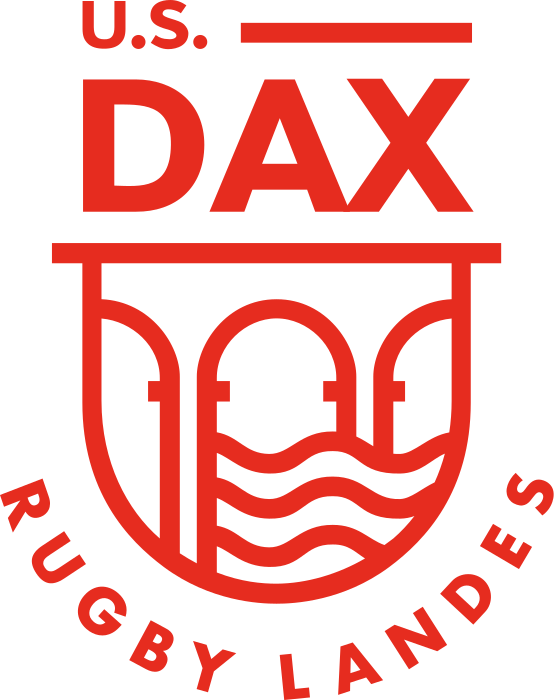 Union sportive dacquoise rugby Landes is a French rugby union club. Based in Dax in the Landes, it is the professional men's rugby union section of the omnisports club. For the 2021-2022 season, the first team chaired by Benoît August is evolving in National and is coached by Jack Isaac, Emmanuel Maignien and Arnaud Mignardi. The omnisports club was created in 1904 following the merger of the Vélo Club dacquois and the Stade dacquois, the city's cycling and rugby union teams. Five-time winner of the Yves du Manoir challenge, the first team has never won the French championship, finalist five times. It has been playing at the Maurice-Boyau stadium since the end of the 1950s. Since 2005, the entity has also had a training center on which the first team relies.

At the dawn of the 20th century, the Vélo Club dacquois and the Stade dacquois constituted the two sports clubs of the city of Dax; the first represents cycling in the spa town, while the second practices rugby union, a cousin of the Aquitaine barette, in the colors red and black. Following initial contacts to obtain the right to practice on the Cuyès field, these two associations then merged during the winter of 1903-1904 to give birth to the Union sportive dacquoise. The multi-sports club bringing together the rugby union and cycling sections was quickly joined a year later by the Basque pelota section. Rugby players begin by meeting clubs in the region, which have also just been created, such as Aviron Bayonnais, Stade Hendayais, Biarritz Olympique, Section Pau or Boucau Tarnos Stade. US Dax won its first title of 2nd series Basque Coast champion in 1912, with several future internationals in its squad: Maurice Boyau, Abel Guichemerre and Maurice Biraben, the first of whom would give his name to the local stadium several decades later. During this period, several ephemeral clubs emerged in 1911 and 1912 to play a few matches on the sidelines of US Dax: Étoile dacquoise, Racing club dacquois and Merciers club dacquois. During the First World War, the rugby section of the US Dax survived thanks to the contribution of the Genêts team from the Dax higher school. They won on April 14, 1918 under the jersey of the Genêts the title of French school champion with in its ranks Jean and Marcel Loustau, Charles Lacazedieu and Hector Fargues, future players of the US Dax, the last three being intended to wear the jersey of the French team. At the end of the war, the Dacquois club won the Basque Coast championship twice, in 1919 and 1920.

During the 1920s, the Cuyès pitch was redeveloped, and the Dacquoise team was at that time called "the great team". After several changes in the workforce and a relegation to the honor division, equivalent to the second division, narrowly avoided, the US Dax made a good figure in the Basque Coast championship and in the French championship. Despite everything, after a stormy match against AS Bayonne which led to two player suspensions, it was relegated after a disputed play-off match at the end of the 1928-1929 season. This stay in the second division lasts only one season, after a dam of accession in division excellence victorious. Around September 1931, US Dax left the organization of the French Rugby Federation to join the French Amateur Rugby Union for a season, a group of dissident clubs. Back in the French championship after the UFRA incidents, the "red and white" play a group match against Aviron bayonnais during season 1