The riots in Kazakhstan in 2022 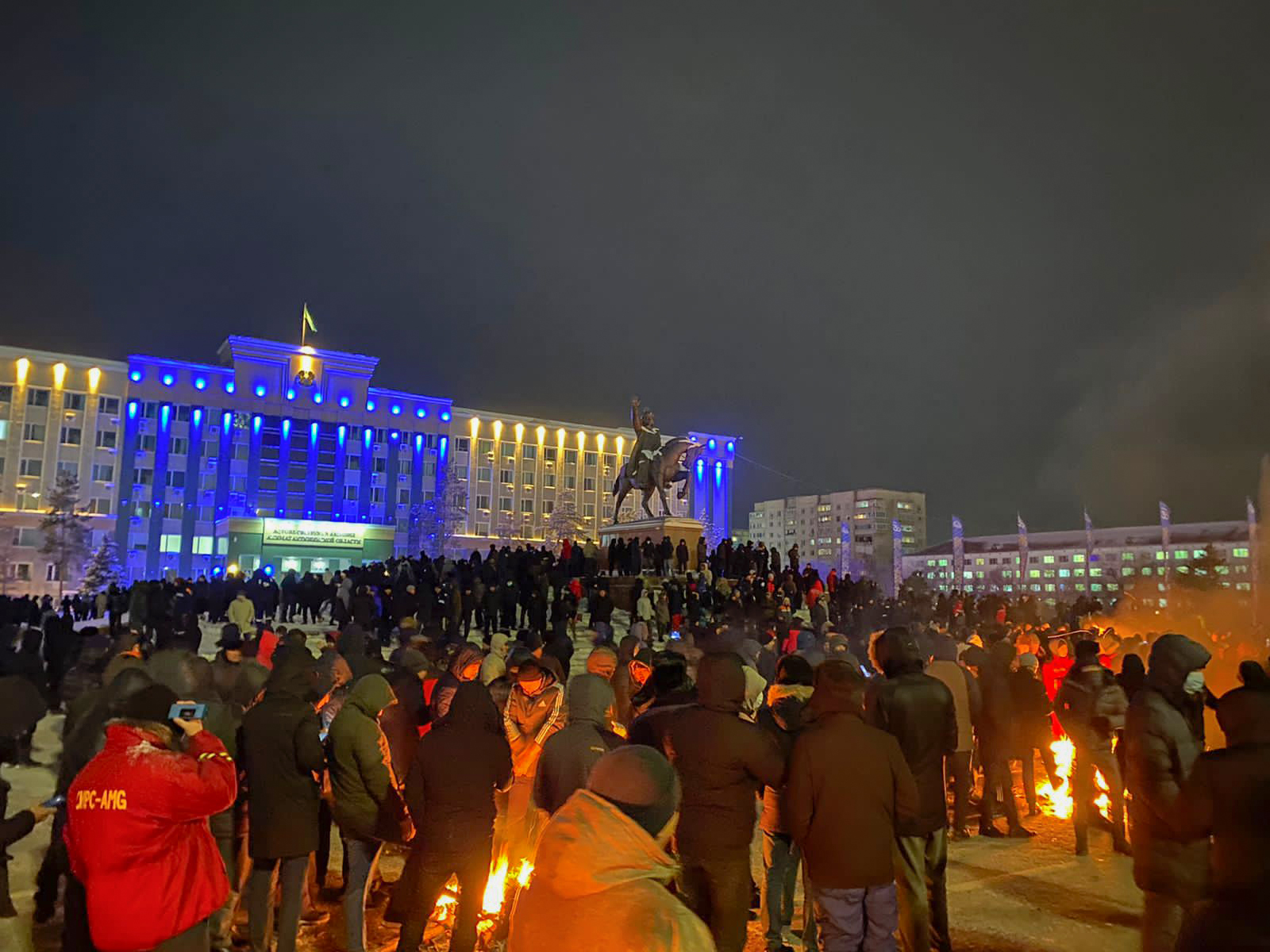 The unrest in Kazakhstan in 2022 began on January 2, as a result of the abolition of the price cap for car gas (LPG) and a sharp rise in its price. The protests began in the city of Zhengozen in the southwest of the country and quickly spread to other parts of the country, including Almaty and the capital, Nur-Sultan. The general dissatisfaction with the government and former President Nursultan Nazarbayev only sparked further tensions in the protesters. As there are no opposition political groups in Kazakhstan, the riots were organized directly by the citizens. In response to the violent demonstrations, President Kasim-Zhomart Tokayev declared a state of emergency in the Manggistua area and in Almaty from 5 January 2022. The government led by Askar Mamin resigned that day. At Tokajev's request, the Collective Security Treaty Organization (CSCE), a military alliance of post-Soviet states that includes Armenia, Belarus, Kyrgyzstan, Russia, Tajikistan and Kazakhstan, has agreed to deploy military troops in Kazakhstan. The official goal of this is to maintain peace. Dozens of insurgents have been liquidated, Kazakh police report. Former President Nazarbayev has been removed from the presidency of the Security Council of Kazakhstan. In a statement issued on January 7, the order was largely restored and he also said it had allowed law enforcement forces to use live ammunition and an unannounced fire order against protesters he described as "bandits and terrorists" and to "destroy them." On January 10, the government declared a national day of mourning in memory of police and soldiers killed in protests. Tokayev called the uprising a coup attempt the same day. On January 11, Tokayev announced that the protests were over and that TSDP troops would leave the country within 10 days. On the same day, the new prime minister, Alikhan Smailov, was also inaugurated.

Kazakhstan is one of the most successful economies in Central Asia, with oil production accounting for a large percentage of economic growth until oil prices fell in the mid-2010s. In 2012, the World Economic Forum identified corruption as the biggest problem in the country’s business, while the World Bank ranked Kazakhstan among the biggest corruption hotspots, on a par with Angola, Bolivia, Kenya and Libya. The main location of the demonstrations is in Zsangaöz, the country's oil extraction center, where serious demonstrations have taken place in the past. A riot broke out in the city in 2011 on the 20th anniversary of the country’s independence, claiming 16 deaths and 100 injuries, according to official figures. Kazakh security forces opened fire on protesters demanding better working conditions. At that time, the price of liquefied gas was around 30-35 axes, and it has risen since then. The outbreak was caused by the Kazakh government's gradual switch to gas market trading in gas, which began in January 2019, with the goal of phasing out state subsidies for gas and setting prices for the market instead. , which then rose from 55 to 65 KZT. Since January 1, 2022, this price has almost doubled to 120 KZT ($ 0.28) per liter, or $ 1.06 per gallon. Another reason for the protests is the Nur