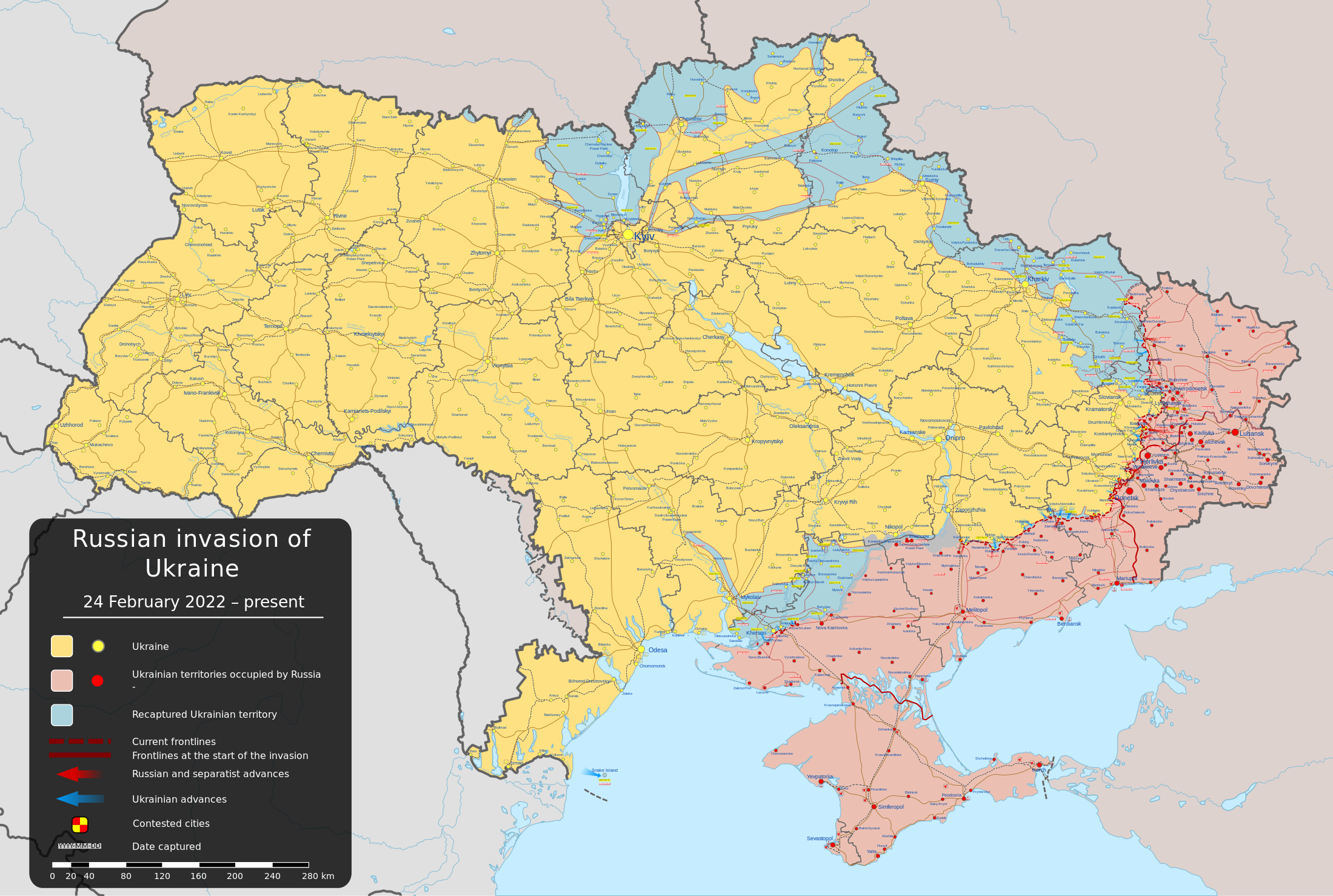 The Russian invasion of Ukraine in 2022 began on February 24, 2022, when Russia launched an operation against Ukraine. This is the largest traditional military conflict (“special military acts” in the Russian sense) in Europe since World War II and the largest escalation since the start of the Russo-Ukrainian war in 2014. The operation began after the recognition of the Donetsk and Lugansk People's Republics, followed by the invasion of the Russian army into Donbass on 21 February 2022. Russian President Vladimir Putin called NATO's post-1997 enlargement one of the greatest threats to Russia's national security and demanded that the organization be legally barred from joining Ukraine. At 06:00 Moscow time (GMT + 3), Putin officially announced a Russian military operation in Ukraine, and minutes later a rocket attack hit several parts of Ukraine, including the capital, Kiev. According to the Ukrainian border guards, they attacked their joint border crossings with Russia and Belarus. Shortly afterwards, the Russian army broke into the country. Ukrainian President Volodymyr Zelensky promulgated the statarian in Ukraine. As a result of the war, Ukraine submitted its application to the European Union. In connection with the escalation of tensions between Russia and Ukraine, news of the accumulation of tens of thousands of Russian soldiers and military equipment at the Ukrainian border in October 2021 resulted in officially announced military maneuvers. At the same time, Russian officials repeatedly denied preparations for the invasion, calling similar allegations “hysteria,” “provocation,” and “misinformation” to the West in January and February 2022. On February 21, Russian President Vladimir Putin gave a nearly hour-long speech announcing the independence of the two self-proclaimed republics of Donetsk and the Lugansk People's Republic in the Donbass region of eastern Ukraine, while questioning Ukraine's position. The next day, the Federation Council approved the use of military force abroad, and Russian troops invaded both Donbass areas. On the morning of February 24, Putin issued another announcement announcing the launch of a "special military operation" to "demilitarize and demobilize Ukraine." He justified the "military operation" on the grounds that Russia itself must be protected from NATO enlargement and the Russian-speaking population of eastern Ukraine, which is allegedly facing harassment and genocide by the Ukrainian government, must be helped. In the same speech he called the Ukrainians neo-Nazis; however, he firmly rejected the final occupation of Ukrainian territories outside the Donbask region and did not even mention plans to conquer Kyiv and other Ukrainian cities.Ukraine announced the cessation of diplomatic relations with the Russian Federation almost immediately after the invasion began. Due to the outbreak of fighting, President Volodymyr Zelensky declared a state of war that day and a general mobilization in Ukraine on 25 February. Russian troops from Russia, the Crimea, and Belarus invaded Ukraine, followed by Russian-backed armed separatists in the Donetsk and Luhansk regions. The first setbacks were against Ukraine’s military infrastructure, military airports, air defense facilities and other strategic objectives, so ground forces gradually invaded the interior of the mainland to siege and conquer key cities, including Kiev itself, for which defense and serious logistics problem