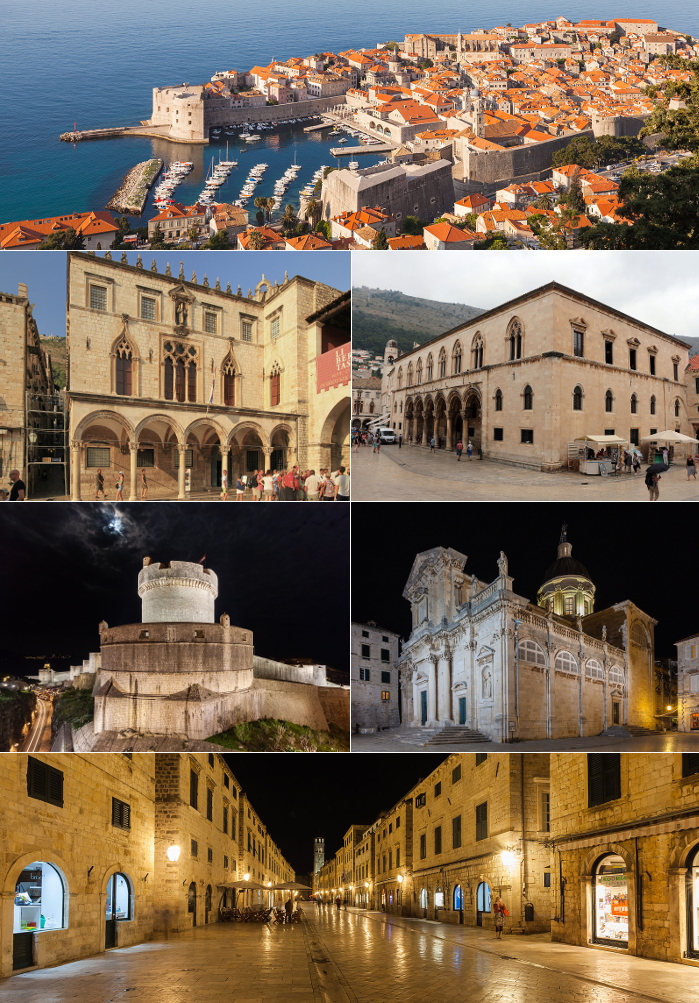 Dubrovnik, old Hungarian name Raguza (Latin: Rausium, later Ragusium, Italian: Ragusa), a city and port in Croatia, in the southernmost part of the country, on the Adriatic coast. The seat of Dubrovnik-Neretva county, the number of inhabitants is 43,728. It is one of the most important tourist destinations in Europe and attracts visitors from all over the world. The city known as the Pearl of the Adriatic was previously also called the Athens of the South Slavs. In the Middle Ages, it was one of the centers of maritime trade and the seat of the Republic of Ragusa, which rivaled the Republic of Venice for a long time. It had its heyday in the 15th and 16th centuries, when it was one of the largest cities in Europe with 40,000 inhabitants. King Louis I of Hungary acquired it from Venice in 1358, and it was owned by the Hungarian crown until 1526. It is a significant Hungarian memory that the jawbone and skull piece of King St. Stephen and the right hand of St. László are preserved in the city's monasteries. The city is one of the most important centers of Croatian art, language and literature, and is home to many famous poets, writers, painters and scientists. Its center has been part of the World Cultural Heritage since 1979. Dubrovnik Airport is the country's third busiest airport with around two million passengers a year. The patron saint of the city is St. Balazs (Sveti Vlaho), whose statues can be found all over the city. St. Balázs is just as important to Venice as Mark the Evangelist, so the city's largest church was named after him. The townspeople celebrate St. Balázs's Day (February 3) with a festival. This was already a holiday in the Republic of Ragusa, in which everyone participated. On this day, prisoners, exiles and converts were allowed to move freely in the city two days before and after the celebration, but if no one recognized them, then the freedom was extended one week before and after the celebration. Tourists and distant relatives come to the city from all over the country for the festival. At this time, the locals dress up in national costumes and put together different cultural programs.

Origin of his name

The city was formed in the 7th century on the Dalmatian coast. It was founded by refugees from Epidaurum, which is close to the settlement, on the Rausius rock reef, and was called Laus. The name Ragusa is derived from the word Lau, which means steep in ancient Greek. According to another idea, lava or lau, which means rock in Greek, and laus in Latin means slope, chasm, and their name can be derived from them. It is certain that this early settlement name and the rock reef on which it was built provided the basis for further names of the city: Laus → Lausium → Rausium → Ragusium → Ragusa. Dubrovnik comes from the Slavic noun dub ( oak). it is mentioned in 1189, and the name of the town can be read in a letter dated 1215, which belonged to Stefan the Serbian Spaniard. Various writings have survived from later, in which the word Dubrovnik appears. Miletius writes in the 11th century that Ragusa's Slavic name is Dubrovnik, after the word Dubravi, which comes from dubrava, meaning oak.

In addition to the delta region of the Neretva River, the Dubrovnik-Neretva Province also includes the narrow coastline that is separated from the inland areas by a mountain range. This mountain range of the Dinári Mountains branches into three mountain ranges, the slopes of which are also clearly visible from the outer areas. The peaks of these mountain ranges form a natural boundary between the coast and inland Herzegovina, which is located there, forming an anthropogeographic and climatic boundary between the Adriatic coast and the interior areas of the mainland. and the very narrow Dubrovnik coastline extending to the bay of the Dubrovačka River