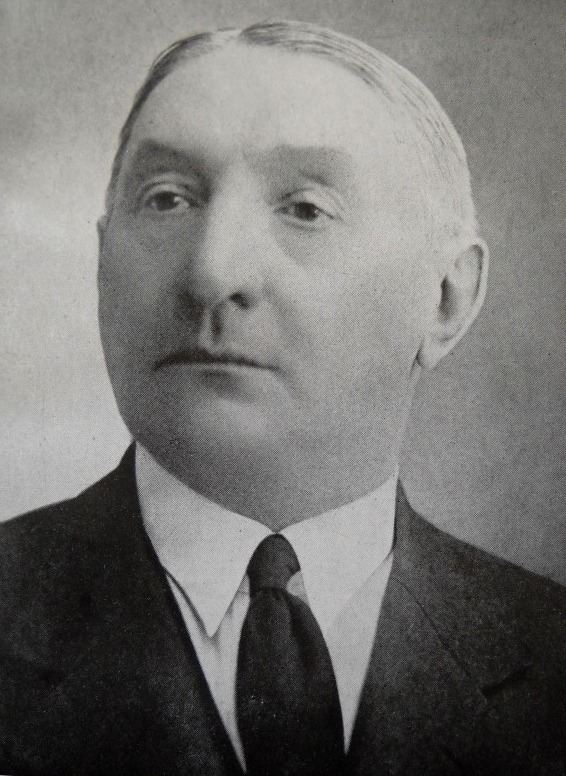 László Gerentsér (Szeged, January 26, 1873 - Budapest, January 12, 1942) is a Hungarian master of fencing, athlete, physical education teacher and sports writer. As an employee of the Office of Physical Education and director of physical education in the capital, he reformed physical education in schools and put his education on a new footing. He obtained his doctorate in political science at the University of Budapest in 1904. As a young athlete, he was one of the best short-distance runners on the continent. He participated in the 1908 and 1912 Summer Olympics as the coach of the Hungarian Olympic athletics team (actually as head coach). He is one of the most renowned fencing masters and writers of his time. He is the author of the first Hungarian-language book on athletics (1911), one of the pioneers of dueling in Hungary and the author of the first Hungarian dueling textbook (1930), and one of the reformers of Hungarian swordsmanship. In addition to Italo Santelli, László Borsody is one of the creators of modern Hungarian swordsmanship. Gerentsér was a universal fencing master, as he taught all three types of Olympic fencing (sword, dagger, duel) to a high professional standard. One of his best-known works is modern swordsmanship, which his students - dr. Bay Béla and dr. Imre Rajczy - two years after the death of the fencing master, was pressed in 1944. He has also written several articles on fencing. As a lecturer at the National Council for Physical Education (OTT) and later as director of physical education in the capital (1913–1924), he played a significant role in the transformation of physical education teacher training in Hungary. One of the spiritual fathers of the establishment of the College of Physical Education. His merit is the initiation of general physical education teacher training. His activities related to the regulation and education of the art of fencing are significant. She also did a lot to spread female daggers. He was the vice-president (executive director) of the National Association of Hungarian Fencing Masters and taught the fencing master candidates as a rapporteur of the Fencing Master Examination Committee. He was a fencing master at the University of Budapest for several decades.

László Géza János Gerentsér was born in Szeged on January 26, 1873, and was baptized on February 1. His father, László Gerentsér, a city official, retired as the chief treasurer of Szeged, and his mother was Anna Gömöri. basics. Biase came to Budapest from Fiume, and in 1893 he organized the first public fencing academy in the Great Hall of the Pest Vigadó, which was attended by the most famous representatives of Italian fencing: Peccoraro, Sartori, Rossi. As a young law student, he continued his studies in the capital in the autumn of 1895 and entered the Hungarian Athletics Club (MAC) (1895–1905). He learned the basics of the sport from English coach Harry Perry between 1895 and 1896, so successfully that he was one of the best sprinters on the continent. In the international athletics competition organized by MAC on June 27, 1897, he ran a national record (52.2 seconds) in 1/4 English mile (440 yards), and he was only able to correct this result in 1912 (51.8 seconds) in Deva. István (MAC) at the Hungarian Athletics Championships. In the 1897 Hungarian Athletics Championships, he finished second in the 100-yard run in MAC colors. In 1897 he became a student of Italian fencing master Angelo Torricelli in Szeged, while he was athletic during the summer. In 1900, at the invitation of Lajos Vermes, the master of gymnastics and fencing at the Royal Hungarian Ferenc József University in Cluj-Napoca, he came to the city of Transylvania to teach athletics and the new fencing system based on the Italian school; meanwhile he studied autopsy, physiology and health at the University of Cluj-Napoca. 1902