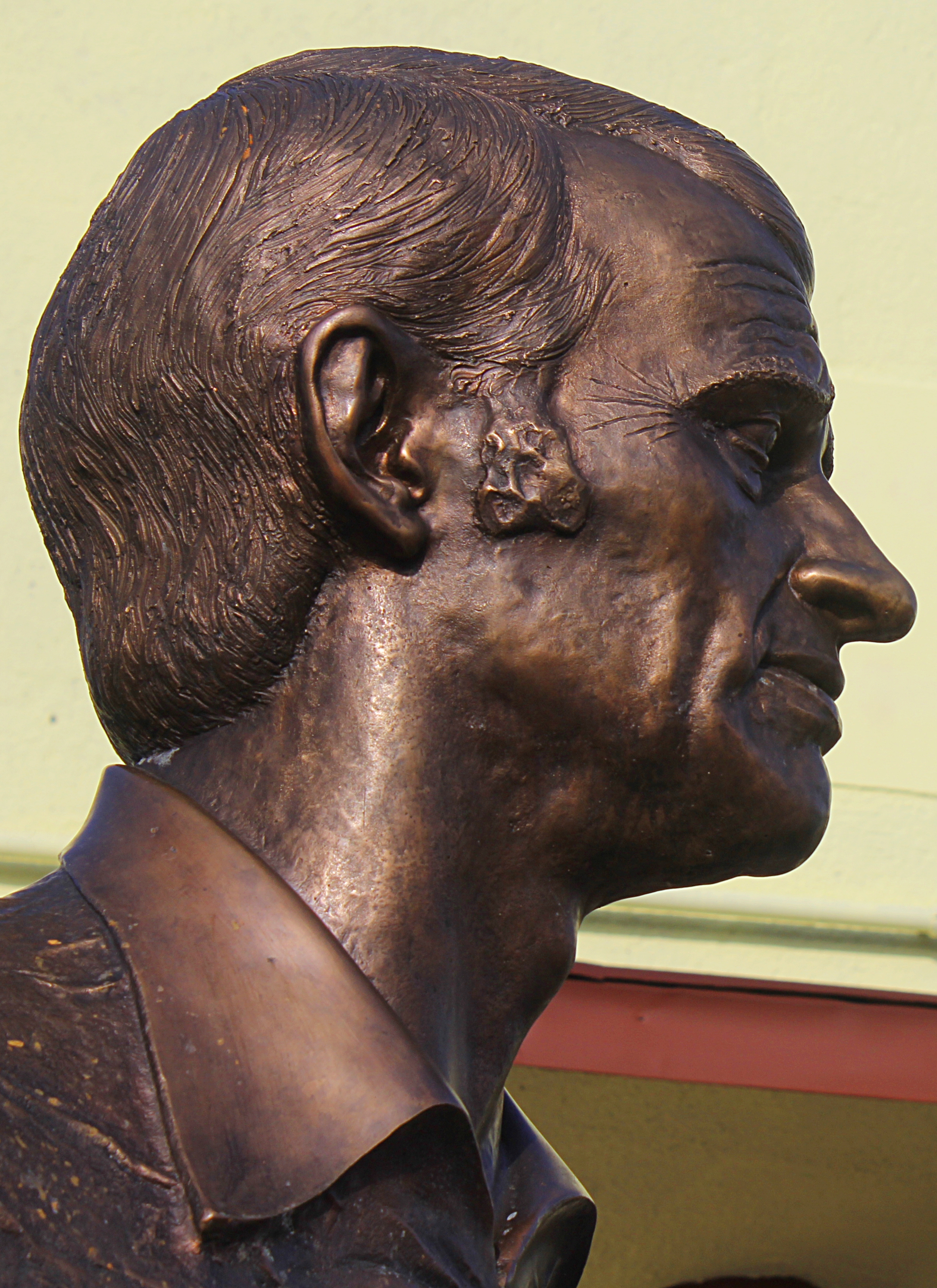 Zoltán Huszárik (Domony, 14 May 1931 - Budapest, 14 October 1981) Balázs Béla Prize winner and posthumous Kossuth Prize winner Hungarian film director, screenwriter, playwright, graphic artist. Career He was born in Domony. He was only two years old when his father died. He left the name Joseph when he was in high school (“We gave Joseph to his passing, or rather to our memories,” he later wrote to his mother). He studied at the Sándor Petőfi eight-grade grammar school in Aszód. His teachers had a great influence on him, such as the painter Mihály Schéner. From there, he was successfully admitted to three places: the Faculty of Medicine in Szeged, the College of Fine Arts, and the Department of Film Directing at the College of Theater and Film Arts. He chose the latter, where he was admitted in 1950, but was removed in 1952 due to the family being placed on a list of kulaks without any basis. Until 1959, he visited his special Calvary, unworthy of his talent, but still maturing his art: he was a farmer in his native village, an oil miner in the Bázakerettye oil fields, a decorator at the Industrial Instrument Factory in Iklad. in a film factory. He took part in the restoration of the castle of Vajdahunyad in the city park, and in the making of several cartoons (eg The Two Pepper Bulls, 1955). In 1959, he was able to return to college (he was rehabilitated as a quarterly student) in the legendary class of Félix Máriássy. His exam film was The Game, with which he immediately excelled. Leonardo Fioravanti, then director of the Roman Film College (Centro Sperimentale di Cinematografia (wd)), also noticed him - thanks to which he was accepted. He graduated in film directing in 1961. His first works were short films, already showing mature artists expressing pictorial solutions. He was one of the (re) founders of Balázs Béla's Studio of Young Filmmakers, mainly with his classmates. It was here that he made his short film Elegy, which marked a leap for him in 1965. He created a new kind of cinematic vision with which he won the top prize at the Oberhausen Film Festival. With his first feature film, Szindbád (1971), which sovereignly evokes the world of Gyula Krúdy (1971), he rose to the immortality of contemporary cinema. Both highly successful films, as well as his other works, were based on the unparalleled collaboration of the creators of an era in film history, in which the personality and destiny of Zoltán Huszárik were revealed. In the works of Zoltán Huszárik, the idea of ​​passing away, death, often and emphatically appears. Building on associations, it evokes a strong emotional impact in the viewer. This world of motifs is also elaborated in the 1977 short film The Marketplace (As You Like it), which was created as a result of the tombstone recordings of János Major. In his last work, Csontváry, he shaped the ecclesiastical genius and his own artistic portrait and creed, which he considered an eccentric, into one, depicting the relationship between the individual and the age in a special way. He also used his visual culture and graphic art as a theater and film set designer in his own films and as an illustrator of books. Sometimes he took on minor roles in a feature film: Zöldár (d .: István Gaál), Budapest tales (d .: István Szabó), Tomorrow will be a pheasant (d .: Sándor Sára), etc., and also directed in a theater and radio. He died in Budapest in 1981, suddenly at the age of only 50.

His wives were Annamária Melczer, an organist, and then Ildikó Móger, a dancer and choreographer. Her daughter, actress Kata Huszárik, was born to actress Anna Nagy.