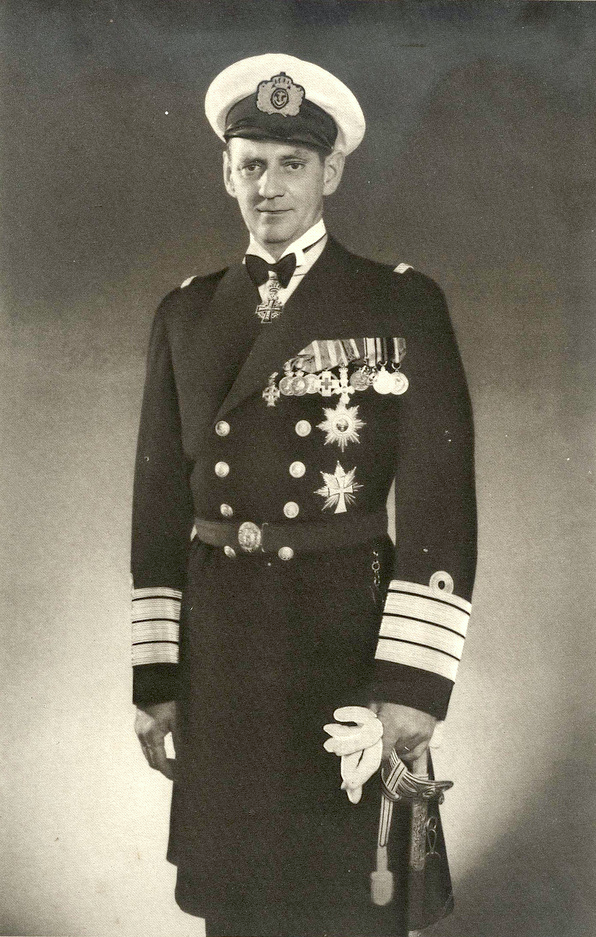 IX. Frederick (Danish: Konge Christian Frederik Franz Michael Carl Valdemar Georg) (Copenhagen, Sorgenfri Castle, 11 March 1899 - Copenhagen, 14 January 1972) King of Denmark from 1947 until his death. X. Christian is the firstborn child of King Danish and Queen Alexandria of Denmark. Birth and family Prince Frederick was born on March 11, 1899, in the Sorgenfri Palace on Kongens Lyngby, Zealand, near Copenhagen. Great-grandfather at birth, IX. A Christian sat on the throne of Denmark. Frederick's father, Prince Christian of Denmark, Grandfather Crown Prince. His mother Alexandrina, Duchess of Denmark, III. Daughter of Frigyes Ferenc Mecklenburg-Schwerin and Russian Grand Duchess Anastasia Mikhailovna. He was baptized on April 9, 1899, in the Sorgenfri Palace. He had 21 godparents, including II. Russian Tsar Nicholas, King George I of Greece, II. Oscar King of Sweden and Norway and the later VII. King Edward of England. Frederick had a younger brother, Prince Knut of Denmark. The royal family lived in the Amalienborg Palace in Copenhagen, the Sorgenfri Palace and in a summer residence near the capital, the Marselisborg Palace.

After his great-grandfather died on January 29, 1906, his grandfather ascended the throne, and Frederick took second place in the line of succession. At the age of thirteen, his grandfather, VIII. After the death of Frederick, on 14 May 1912, he became heir to the Danish throne after his father, King X, became a king. On December 1, 1918, Danish-Icelandic EU law recognized Iceland as a fully sovereign state in personal union with Denmark, making Baptism X the king of Iceland and Prince Frederick the successor to the Icelandic throne. Since the Republic of Iceland was established on 17 June 1944 following a referendum, Frederick never became King of Iceland. Breaking with the traditions of the royal family, he was sent to a non-military school. He became a student at the Danish Maritime Academy and then studied at the University of Copenhagen. He earned the rank of admiral and had a number of tattoos on his body during his naval service. He was passionate about music, he played the piano himself and even worked as a conductor.

In 1922, she married her second cousin, Olga, a Greek and Danish princess, but they never got together in the end. Instead, the later VI. King Gustav Adolf of Sweden married the daughter of King Ingrid of Sweden on May 24, 1935, in the Cathedral of Stockholm. In terms of their ascendants, they were two-thirds cousins, both descendants of King Oscar I of Sweden and Russian Tsar Paul I. Their wedding in 1935 was one of the biggest media events in Sweden. They had three daughters: Princess Margaret, later II. Queen Margaret of Denmark (April 16, 1940), wife of Prince Henry of Denmark, two sons. Royal Princess of Benedict of Denmark (April 29, 1944) Princess Anna-Mary (August 30, 1946), II. The wife of King Constantine of Greece, they had five children.

From 1942 to 1943, he ruled as regent in place of his father, who suffered a horse accident in October 1942 and became temporarily incapacitated. After the death of his father, X. Baptist, he ascended the throne on April 20, 1947 IX. As Frederick. The Danish Prime Minister, Knud Kristensen, proclaimed him king from the balcony of Christiansborg Palace. His reign brought great changes in the history of the country. The society from agriculture has undergone a significant transformation, Denmark has become a modern, welfare state, which has also posed new challenges for the monarchy. The country's economy flourished in the 1960s, and women were included in the labor market. In 1948, one year after the king's accession to the throne, the Faroe Islands granted autonomy and