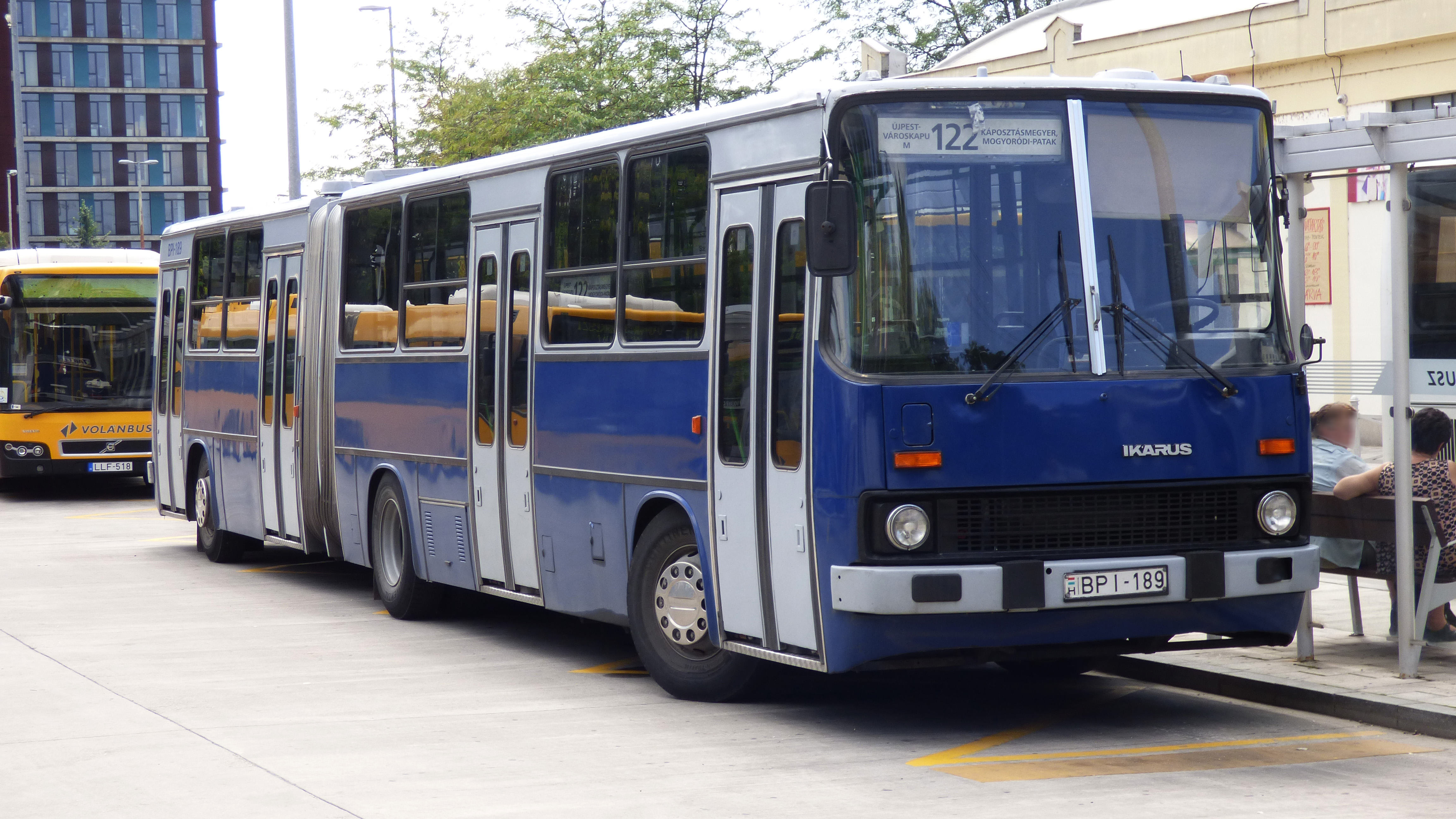 The Ikarus 280 is the most successful and used urban-suburban articulated bus in the Ikarus Body and Vehicle Factory worldwide. He conducted test runs in Budapest from December 1971, and was officially introduced in 1972, and series production began the following year, 1973, at the same time as the suspension of the Ikarus 180, and lasted until 2002. In the 1970s and 1980s, this type accounted for two-thirds of the world's articulated bus production. A total of 60,993 280 buses rolled out of the Ikarus factory in Mátyásföld and Székesfehérvár. Its success is indicated by the fact that many countries around the world bought it, including it in the Soviet Union, Poland, Turkey, Czechoslovakia, but it also reached China, Venezuela, Tunisia, Iran and Tanzania. About half of the buses were sold to the Soviet Union, all Volán companies in Hungary had more or less of them, and the largest buyer was BKV, which bought 1,680 new buses between 1973 and 1992, and used another 17 from Miskolc in 2002. The unusual design, the abandonment of the roof slope, or the opening of the huge windows at the time contributed significantly to its success, and the fact that the bus was able to meet a number of technical requirements according to the customer's needs. Drivers were facilitated by the hydraulic power steering and automatic transmission, but they were also made with a manual transmission (mainly in the long-distance version), while cheaper servicing was an advantage for operators. Thanks to its self-adjusting, ie forcibly steered “C” axis, it is able to turn in the same curve as the solo version of the Ikarus 260, which is also produced in large numbers. , Have been to Bulgaria and the GDR, but prototype vehicles have also turned to test runs in Western Europe and the Americas. Hajdú and Tisza Volán have had mixed-use buses since 1986, and pure compressed natural gas (CNG) buses since 1996. In 1999, Ikarus also tried a refurbished version of the 200 series, with the successor to the Classic family being the 280 successor, the Ikarus C80 bus, of which 72 were produced and bought mainly by domestic Volán companies.

The 200 family was dreamed up in 1966 by the chief designer György Bálint, Károly Oszetzky, Jenő Mádi and József Varga Papp and the designers of Ikarus 180, 556 and 557. self-supporting body and unique design. A novelty compared to the buses of the age was the abandonment of the roof pitch and the rectangular car body, so the upper edge of the windows was high, which favored standing passengers: the common language often called the 200 series vehicles a “panoramic bus”. The quick change of passengers was ensured by the twin doors with an opening width of 1300 mm, and the driver's work was assisted by a Praga-type hydromechanical automatic transmission and hydraulic power steering. Later, the factory also used Csepel, ZF Ecomat and Voith transmissions and, depending on the order, also delivered buses with manual transmissions. The bus was initially built with a six-cylinder intake and turbo diesel engine from the Rába-MAN D2156 and then the Rába D10, but due to the self-supporting body, they could meet almost any special request, so buses with MAN, Daimler, Cummins, Renault and DAF engines were built. at your request. Because over the years, countless model variants