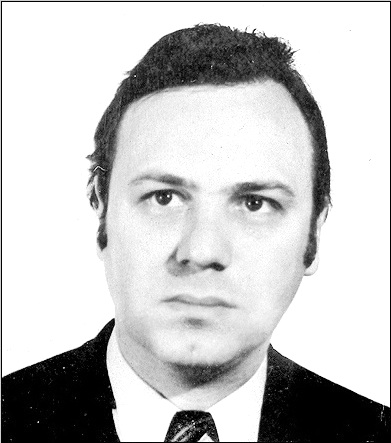 His father's age István Janáky, the famous architect of the Horthy era and the two decades after the war; his mother is Klára Álgyay Hubert (1903–1988), the sister of Horthy's state secretary Pálák Álgyay Hubert. His brother, György Janáky (1941), is also a Ybl prize-winning architect.

He studied at Medve utca primary school. After graduating from the painting department of the High School of Fine Arts and Applied Arts - he originally trained as a painter - he suddenly changed careers and applied to the Faculty of Architecture at the Budapest University of Technology in 1956, where he continued his studies. He graduated from the Department of Public Building Planning in 1961. At the university, Dr. He was a member of László Varga's folk architecture student group. From 1961, he worked as an intern at the MÁV Design Institute's High-rise Construction Directorate, and from 1962, he worked as an independent architectural designer at the MÁV Vasútrolzejő Vállalat. He was a designer at IPARTERV from 1963 to 1999, as an assigned employee until 1974, as a managing designer until 1977, then as a group leader, from 1979 as a technical and economic consultant, and from 1985 as a senior employee. Between 1970–72, he was a student at the MÉSZ Master School, head of studies from 1974, and master architect from 1980. As a jury member or as an opponent, he regularly participated in the evaluation of national and other design tenders, as well as in the work of the design departments of the University of Technology and the Ybl Miklós Technical College. During the party-state period, his activities mainly covered the design of industrial facilities, with a great emphasis on their installation, but he also designed office buildings, buildings for cultural, transport, social and recreational purposes, sports facilities, block rehabilitation in the capital, and residential parks. He has prepared several projects on settlement planning. From the 1990s, after the termination of tasks related to large-scale state investments, he was mainly involved in the design of family houses. In 1998, he obtained a DLA Ph.D. From 2002, he was an associate professor at the Moholy-Nagy University of Arts, and from 2007 he was a titular university professor. He went abroad several times, in 1969 as a scholarship recipient, later on service and study trips. He was greatly influenced by the spirit of contemporary Scandinavian and Dutch architecture. His main conceptual creations are the Budapest office building of Magyar Görðülőlőgő Művek (1981), Erzsébet Schaár's exhibition house in Pécs (1986), the Butterfly House (1990) designed for the World Exhibition in Seville, which won the first prize but was not realized, and the Időkerék (2004) in the city park. From a professional point of view, his several decades of research in the field of domestic spontaneous architecture are significant and almost without precedent, the lessons of which were published in his buildings, architectural theory work, publications, books, and later in the plans of village undertakers. As a result of his motivation and receptiveness to fine arts, throughout his career, planning, the creative activity manifested in artistically demanding drawing, coloring, and constructions, was more important to him than the realization of the building. He was one of the most beautifully drawn architects of his generation. With computer-aided design, n