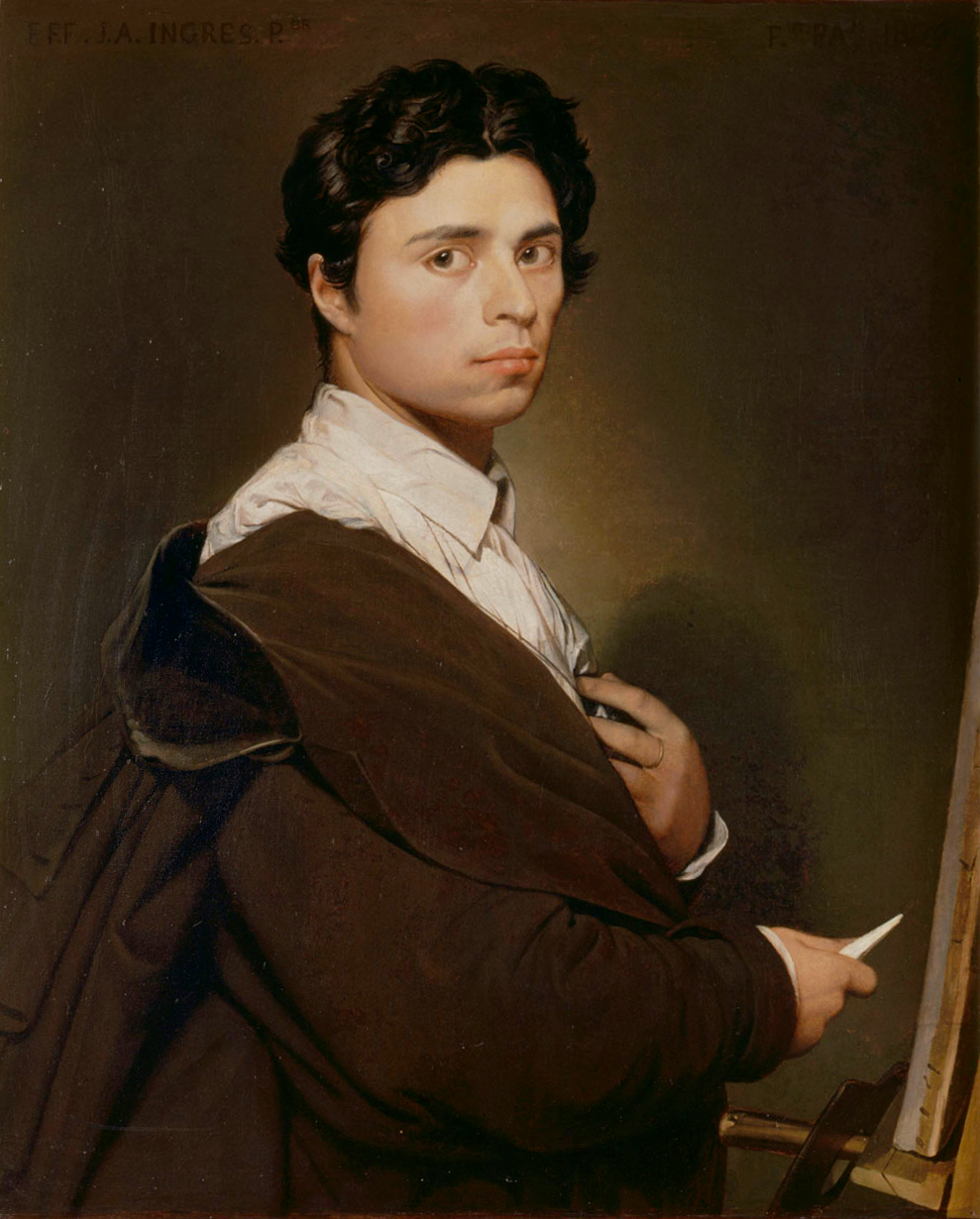 Jean-Auguste-Dominique Ingres (pronounced dominique Ingr) (better known as Dominique Ingres) (Montauban, August 29, 1780 - Paris, January 14, 1867) is a French classicist painter and graphic artist. Career His father was also a painter. Jacques-Louis David was his master from 1796, but after winning the Roman Grand Prize in 1801, he studied not only ancient masterpieces in Italy but also the works of Italian Renaissance masters. He was greatly impressed by Raffaello Sanzio's pictures. In 1824 he reaped his first great success in the Salon of Paris in the 13th century. With his painting The Vow of Louis, he has since become the head of the classicist-style school, one of the most influential artists of his time, a member of the French Academy of Arts, a rival to the Romantics and Delacroix. From 1834 to 1840 he was director of the French Academy in Rome, and from 1841 he resided in Paris. In 1850 he became president of the École des Beaux-Arts. In 1853 he painted his panel entitled The Apotheosis of Napoleon I. He was a great success at the 1855 World's Fair in Paris with his paintings and glass window boxes for the church in Neuilly. He was elected senator in 1862 and a member of the Royal Academy of Arts in Antwerp in 1865. During his lifetime, he donated many of his works and art history to his hometown. The grateful hometown had built the Ingres Museum in its lifetime. The painter died in Paris and was laid to rest in the cemetery of Père-Lachaise.

Dominique Ingres was an extremely versatile painter: he painted ancient, religious, historical, allegorical paintings, portraits and nudes. His most outstanding works include his portraits. Ingres learned the lessons of antique sculpture, vase painting, and Italian Renaissance art with a unique understanding. At the same time, he synthesizes all of these artistic directions to use them to create a distinctive, individual style unique to the artist. Some of his representative works (Apotheosis of Homer, Golden Age, images glorifying the current ruler) are less influential on viewers today, but his portraits and figural representations stand out with the special accuracy, safety and sensitivity of the contour. No less attractive are some of his drawings, in which he depicts the image of the depicted persons with surprising uniqueness and finesse. His art also had an impact on other painters. Edgar Degas and Pierre-Auguste Renoir, for example, also tried with admiration to master the charm of their female nudes, the liveliness that flourished in academic drawing and painting. Dominique Ingres influenced the compositional aspirations of 20th century cubism and neoclassicism, as well as representatives of artistic trends based on the expressive power of the contour (Pablo Picasso, Tamara de Lempicka, Henri Matisse, Juan Gris, Amedeo Modigliani).

Major museums where his works can be seen