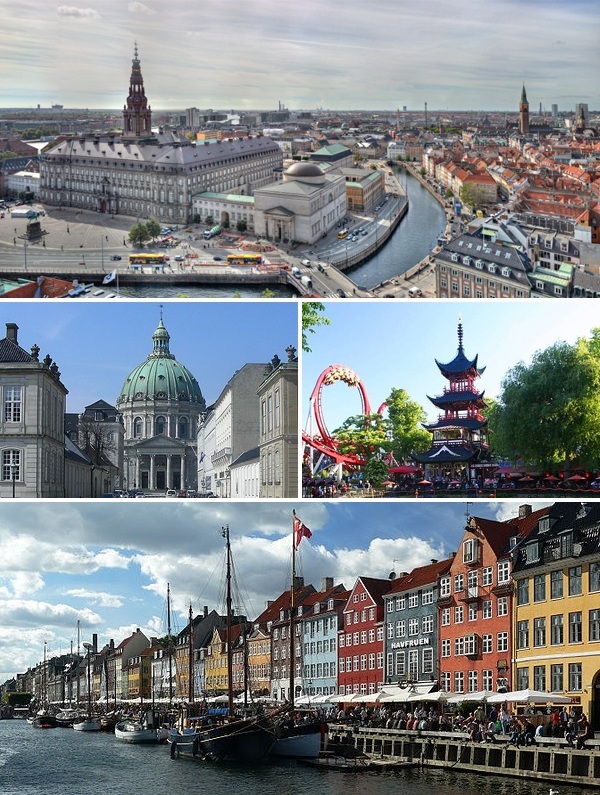 Copenhagen (Danish: København) is the capital of Denmark and the most populous city in the country and in Scandinavia with 1,230,728 inhabitants. It is located on the islands of Zealand and Amager. The settlement, first mentioned in the 11th century, became the capital of Denmark in the early 15th century. In the 17th century, IV. Christianity developed into a major regional center during the reign of the Danish king. After the Øresund Bridge was completed (2000), Copenhagen has become the center of the increasingly integrated Øresund region and is becoming an increasingly integrated urban area with Malmö, Sweden. Copenhagen is an important cultural, business, media and scientific center according to many international surveys and rankings. The key economic sectors are life sciences, information technology and transport; research and development play a significant role in the city’s economy. Its strategic location and excellent infrastructure, including Scandinavia's busiest airport, which can be reached by train in 14 minutes from the city center, have made it a regional hub and a popular venue for regional conferences and conferences. Several different surveys ranked it among the cities with the highest quality of life. It is also considered one of the most environmentally friendly cities in the world. The water in the inland port is so clear that you can swim in it, and 35% of the population goes cycling to work for a total of 1.2 million kilometers a day. Since the turn of the millennium, Copenhagen has been undergoing rapid urban and cultural development. This is due in part to large-scale investment in cultural facilities and infrastructure, as well as a new wave of successful designers, master chefs and architects. In 2010, Copenhagen was the 10th most expensive city in the world, according to Forbes magazine.

Copenhagen is located on the east coast of Zealand, partly on the island of Amager, and on a number of smaller and larger islands (Slotsholmen and Holmen Islands, respectively). To the east is the Øresund (the strait that separates Denmark from Sweden and connects the Baltic Sea with the North Sea). Across the strait are the Swedish cities of Malmö and Landskrona. The city is also part of the Øresund region, which includes the islands of Zealand, Lolland, Falster, Møn and Bornholm on the Danish side and the counties of Skåne in Sweden.

The climate is characterized by four distinct seasons. Temperatures change significantly throughout the year, especially during the winter. The warmest month is July with an average temperature of almost 20 ° C and the coldest with an average below February 0 ° C.

There are many smaller and larger parks in Copenhagen. Examples include Rosenborg Castle Park, Kongens Have, the country’s oldest royal park; design of IV. It was ordered by a Christian in 1606. 2.5 million people visit each year; in the summer they are overwhelmed by sunbathers, picnics and ball players. The park, which also functions as a sculpture garden, also hosts temporary exhibitions in summer. Also located in the city center is the Botanical Garden, which is particularly characteristic of the 19th-century greenhouses donated by Carlsberg’s founder, J. C. Jacobsen. The largest coast of the city is the 58-hectare Fælledparken. It is a popular sports venue and hosts a number of events such as a free opera performance opening the opera season, other outdoor concerts, a carnival, 1 May celebrations and a vintage car race called the Copenhagen Historic Grand Prix. Historic green area to the north of the city is Kastellet, a well-preserved Renaissance fortress that today serves primarily as a park. Also popular is Frederiksberg Have, a 32-hectare romantic English park for gray herons and other waterfowl.