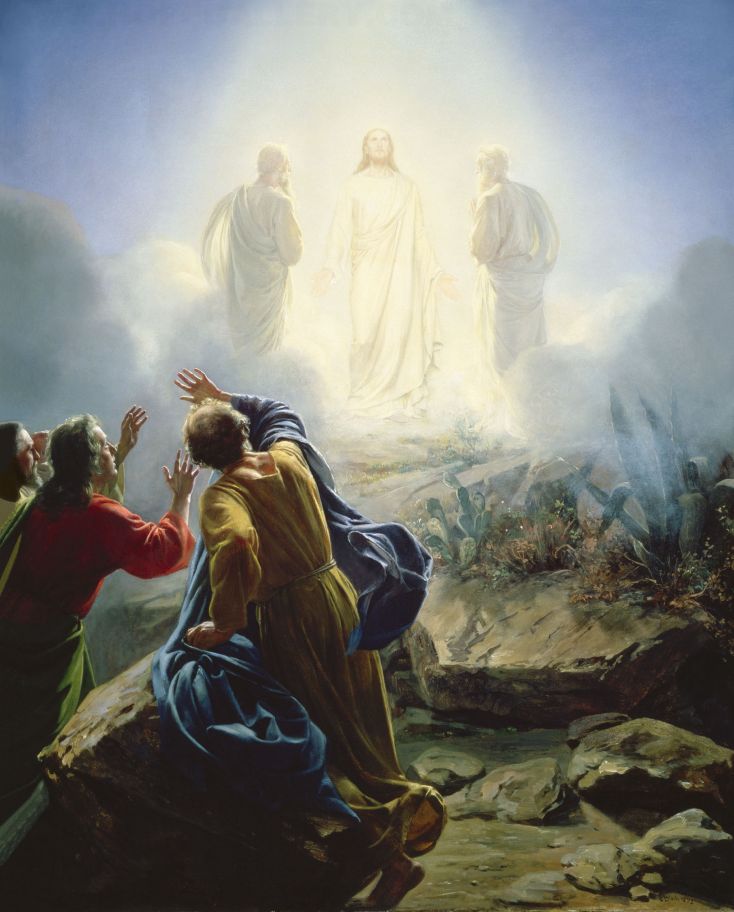 The Transfiguration of Christ or the Transfiguration of Our Lord is one of the Christian holidays. Official holiday III. It was raised by Pope Kallixtus when he heard in Rome on August 6, 1456 that János Hunyadi liberated Nándorfehérvár from the Turkish siege with the help of St. János Capistrán, who was recruiting for the crusade. Transfiguration (Greek: metamorphósisz; Latin: transfiguratio) is what Christian theology calls the event of the manifestation of Jesus' divine glory recorded in the New Testament. The location of this was a Galilean mountain, according to tradition, Tábor Hill. In Protestant parlance, it is often designated as glorification, the counterpart of kenosis.

There can be little doubt that the feast of the transfiguration of Christ originally fell on the period of the church's life before Easter. Perhaps it was celebrated on one of the Sundays in Lent; this is suggested by the fact that in the traditional Roman rite, the gospel section is taken from this story on the second Sunday of Lent (Matthew 17:1-9), today during Lent, Saint Gregory Palamas, the great teacher of the Transfiguration of Christ, is commemorated, and of course also that the event itself is definitely related to the impending death and resurrection of the Savior. Currently, August 6 is the transfiguration festival. Official holiday III. Pope Kallixtus erected it as a memorial of gratitude for the victory in Nándorfehérvár. The connection was justified by the fact that the news of the victory on July 22, 1456 reached the papal court two weeks later, on August 6. The summer celebration of the change of color corresponds very well to the content of the holiday. The blessing of grapes and other fruits and vegetables on this day is a symbol of the final transformation of things in Christ. It represents the ultimate flowering and fruitfulness of the entire created world in the paradise of God's eternal kingdom, where everything will be transformed by the glory of the Lord. The Lutheran Church commemorates this event on the last Sunday after Epiphany (the last Sunday before Lent).

The Transfiguration of Christ is one of the central events of the Gospels. Immediately after the apostles recognized the Lord as the Christ (Messiah), the Son of the living God, he told them that "He must go to Jerusalem, suffer many things, be killed, but rise again on the third day." The news of Christ's impending suffering and death was met with protest by the disciples. After rebuking them, the Lord took Peter, James and John with him and "brought them up to a high mountain, according to the tradition the mountain of Tabor, and before their eyes he was transfigured: his face shone like the sun, and his clothes shone as white as the light. And behold, Moses and Elijah appeared before them and talked with Jesus. Then Peter spoke and said to Jesus: Lord, it is good for us to be here. If you want, I will make three tents here: one for you, one for Moses, and one for Elijah. He was still speaking when, behold, a bright cloud overshadowed them, and a voice was heard from the cloud: This is my beloved Son, in whom I am well pleased, listen to him! When the disciples heard this, they fell on their faces and were greatly afraid. Then Jesus came and touched them and said to them: Arise and do not be afraid. When they looked up, they saw no one but Jesus alone. While they were coming down from the mountain, Jesus commanded them: Tell no one about this vision until the Son of Man rises from the dead."

Theological significance of the Gospel event

In the Old Testament Feast of Tabernacles, God dwells together