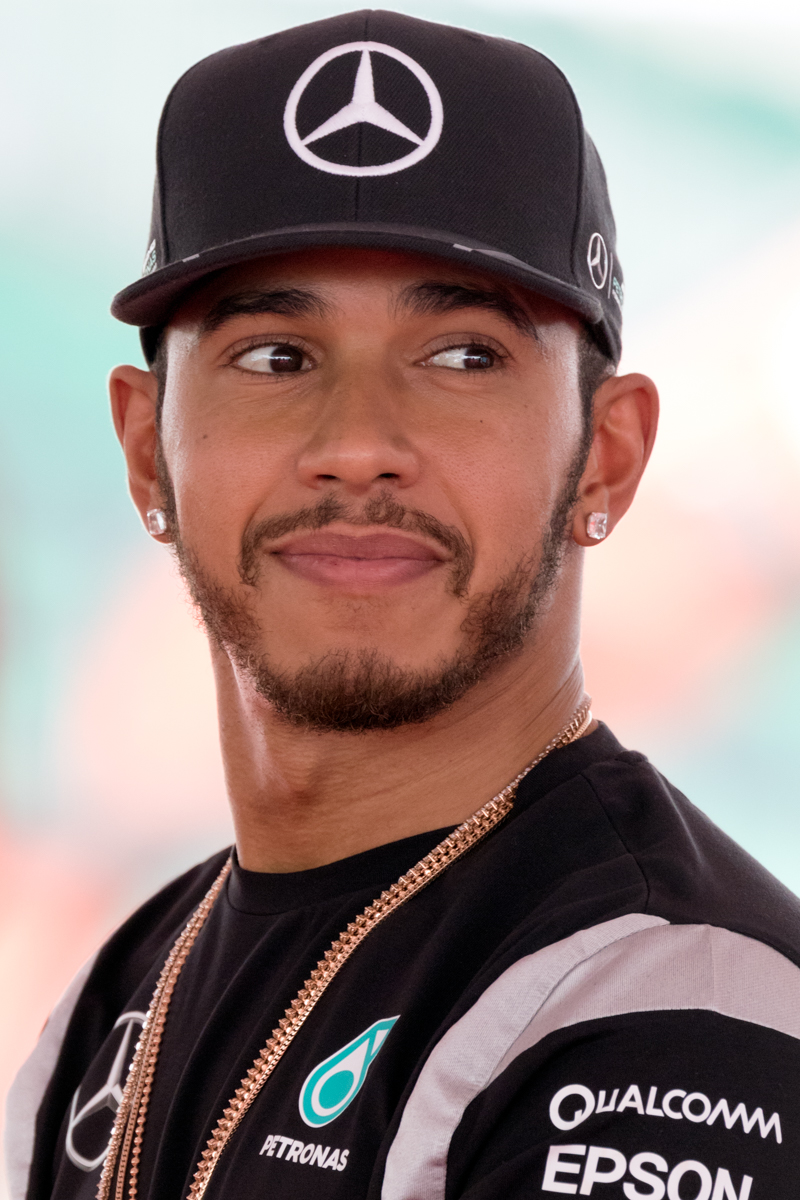 Sir Lewis Carl Davidson Hamilton MBE, (Stevenage, Hertfordshire, January 7, 1985 -) British seven-time Formula One world champion. The driver of the Mercedes. After winning several go-kart championships, Hamilton signed with McLaren-Mercedes at the age of twelve to drive with the team later. During his career, he also raced in the British Formula Renault, where he became European go-kart champion in 2000. In 2007, his first year in Formula One, he performed superbly and finished second in the World Championship, just one point behind Kimi Räikkönen. He earned the first world title of his career in 2008 and was then a world champion in 2014, 2015, 2017, 2018, 2019 and 2020. He holds the record for most pole positions and is also the most successful in Formula One in terms of race wins. He won his 7th World Championship title at the 2020 Turkish Grand Prix, breaking Michael Schumacher’s record. Honorary Order of the British Empire (MBE). He is the first in the history of the sport to reach the 100 dream limit for pole positions and race wins. Several prestigious journals have called it the “living legend” of Formula One. He was knighted on December 15, 2021. Buckingham Palace announced a year ago that Hamilton would be awarded a knighthood, but due to the pandemic, the ceremony could not be held so far.

Lewis Hamilton was born on January 7, 1985 in Stevenage, England. His father, Anthony Hamilton, is black, of Grenada descent, and his mother, Carmen Larbalestier, is white British from Birmingham. Hamilton considers himself black. Hamilton's parents divorced at the age of two, after which he lived with his mother and sisters and half-siblings (Samantha, Nicola) until he was 12 years old. Hamilton then lived with his father, stepmother (Linda), and half-brother (Nicolas), who is a professional car racer. Hamilton received a Catholic education. Hamilton's father bought him a remote-controlled car when he was five years old. The following year, Hamilton finished second in the British Remote Control Car Association (BRCA) adult race. As the only black child in his club, Hamilton was subjected to racist abuse. Hamilton’s father bought him a go-kart for Christmas when he was six and promised to support his racing career while studying hard at school. Hamilton’s father, to support his son, left his IT manager position and became an entrepreneur, occasionally working in up to four jobs at once, including selling insulated windows, washing dishes and placing real estate agent boards while still attending his son’s competitions. Hamilton’s father later founded his own IT company and continued to be Hamilton’s manager until early 2010.

In 1993, at the age of eight, he started go-karting. In 2000, he first raced a formula car. In 2002 and 2003, he competed in the British Formula Renault Series at Manor Motorsport. After finishing third in the 2002 composite, he won the championship in 2003. From 2004 to 2005 he competed in the European Formula 3 Championship. He finished fifth with Manor Motorsport in 2004, the following year, and was already the champion of the series as an ASM racer. He made his debut at the GP2 team in 2006 as a teammate for Alexandre Prémat and immediately won the championship ahead of Nelson Piquet Jr. With his double victory at the Nürburgring after Nico Rosberg, he became the second racer in GP2 to win both the long and sprint races on that course. He also repeated this result at his home race in Silverstone. The ultimate victory