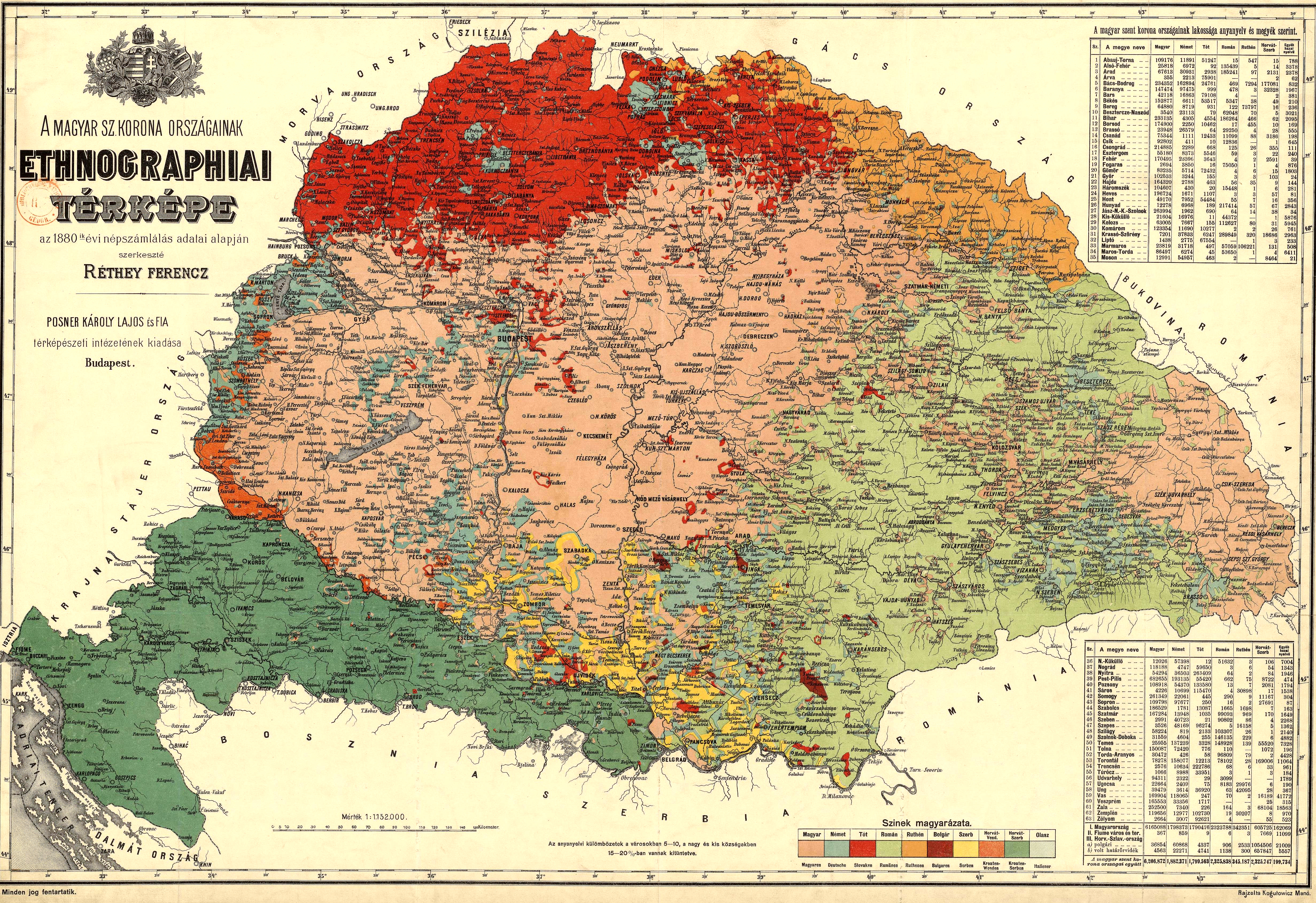 According to the data of the 2011 Hungarian census, 644,524 people, ie 6.5% of the population, declared themselves to belong to one of the officially recognized nationalities. However, it is estimated that the real number of members of nationalities (national and ethnic minorities) is much higher than this: it makes up approximately 8-10% of the country's 10 million population, although most of it is primarily Gypsy using Hungarian. There are 13 nationally recognized nationalities living in Hungary, among them before 1 January 2012 there were 12 national minorities and one ethnic minority (the Roma), then CLXXIX. Due to the entry into force of the Act, the concept of national or ethnic minority will be abolished and replaced by the term nationality. Censuses, minority rights institutions measure only the data and social movements of these minorities, and only these ethnic groups can shape minority self-government, as these are the ethnic groups that have been able to justify a stay of at least a century (historical minorities). By their own decision, Judaism is not one of the nationalities recognized by law. There are other, more significant national minorities in Hungary that do not meet the conditions for nationalization, such as the Russians, Arabs, Chinese, Kurds and some African communities living here.

During its existence, Hungary has always been home to different nationalities. The first large-scale settlements were due to the devastation of the Tartars and Turks, for the sustainability of the agricultural workforce, in the 13th and 18th centuries. After Trianon, their proportion changed in part, the country became a nation-state, a more homogeneous ethnic group. This was exacerbated by post-World War II population exchanges and displacements. A significant part of the remaining national minorities merged during the Kádár era, especially in the case of the Germans and Slovaks.

Number of persons of each nationality and ethnicity according to the data of the 2011 census (based on their own declaration): 315 583 - Gypsies 185 696 - Germans 35 641 - Romanians 35 208 - Slovaks 26 774 - Croats 10 038 - Serbs 7 396 - Ukrainians 7 001 - Poles 6 272 - Bulgarians 4 642 - Greeks 3 882 - Ruthenians 3,571 - Armenians 2 820 - Slovenes 124 211 - Changes in the number of nationalities and ethnic groups belonging to unofficial minorities (eg Jews, Chinese, Russians, etc.) (1949–2011): It should be emphasized that self-determination data do not reflect actual proportions or real fluctuations in assimilation, but the politically dependent self-esteem of a given nationality in the current social milieu. The Ukrainian, Polish, Greek, Bulgarian, Ruthenian and Armenian nationalities are not included in the table above, as they were not officially recognized until 1991, so they have not yet been questioned in previous censuses.

According to the 2011 census, the number of atheists was distributed among the nationalities as follows: Recognized nationalities

In Hungary, there used to be an officially recognized ethnic minority, the Gypsies. However, according to the Nationality Act of 2011, Gypsies are a recognized nationality in Hungary and have ethnic rights. évi CLXXIX. Act on the Rights of Nationalities In fact, the concept of “Gypsies” covers several ethnic groups, which are treated in the same way or at least similarly to the Hungarian national culture. Sociology defines a “gypsy” as one who is considered by his environment (mostly “non-gypsies”). Gypsies are many different