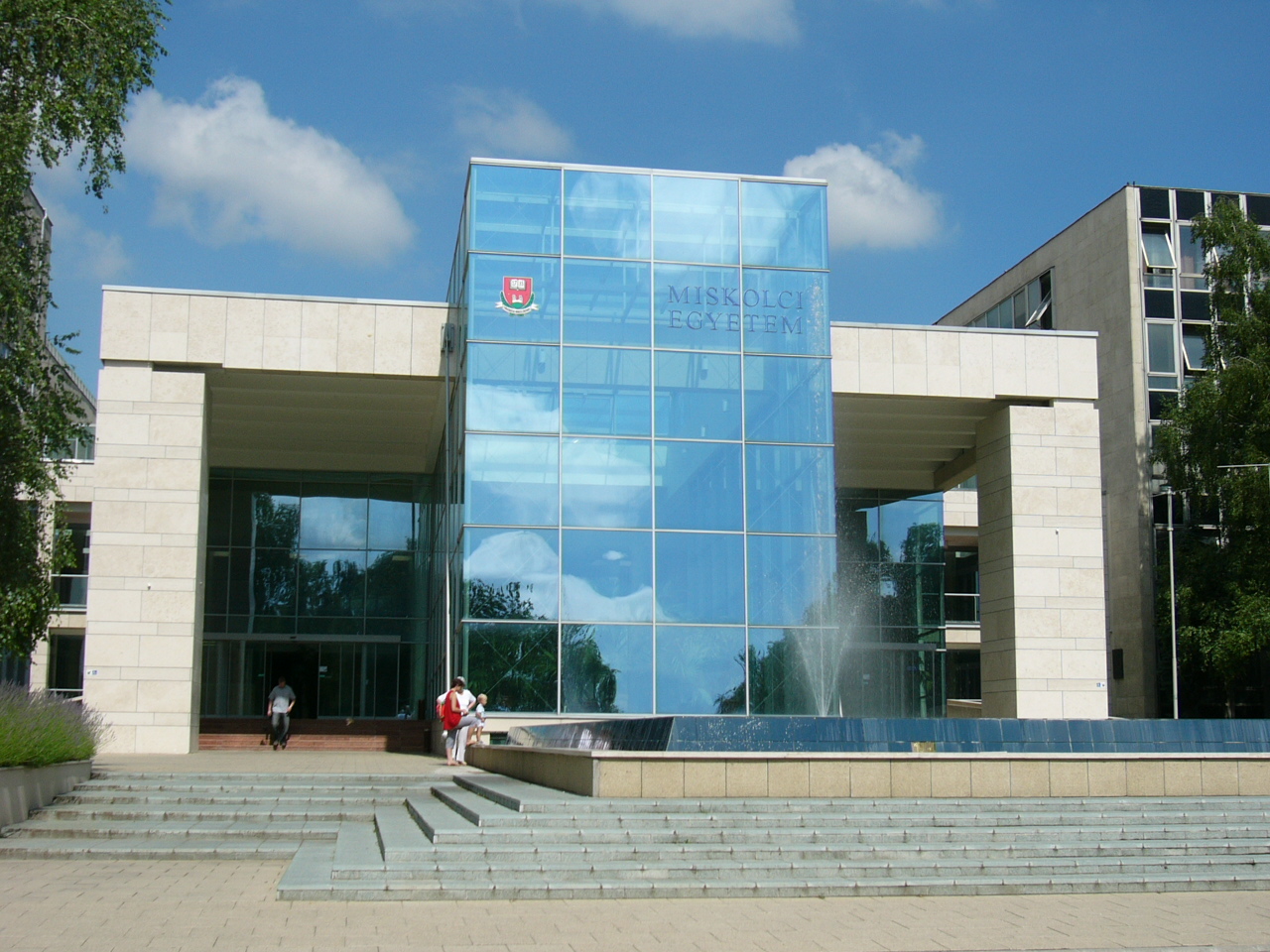 The University of Miskolc (abbreviated: ME, in English: University of Miskolc) is a higher education institution in Miskolc. As a real university, the institution offers a wide range of training in eight faculties: earth science, material science, mechanical engineering and IT, law, economics, humanities, music and health, and there are nearly a hundred departments at the university. In Miskolc, training takes place at the University City campus, and from 2017 at the university's outsourced departments in Ózd and Sátoraljaújhely. The University City is a campus spread over 85 hectares, where the buildings of the university faculties are located in one place, as well as the units serving the students, such as the dormitories, the sports hall, the swimming pool, shops and entertainment venues. As the first legal successor of the Selmec Academy, the University of Miskolc participates in the practice of student traditions in Selmec, which was added to the Hungarian list of the UNESCO Intangible Cultural Heritage in 2014. Its legal predecessor is the mining and metallurgical academy founded in Selmecbány in 1735, which was the first college of its kind in the world. . After the Trianon Peace Treaty, the academy was first moved from Selmecbánya to Sopron. XXIII of 1949 decreed the establishment of the Heavy Industry Technical University in Miskolc by law, university education first started at the mining and smelting engineering faculty in Sopron and the newly founded mechanical engineering faculty. The current university campus was built in 1950. The university's training area began to expand in the 1980s, when law training was first started, and later economics training. The university has been operating under the name Miskolc University since 1990. In 2000, the Comenius Teacher Training College in Sárospatak became a faculty of the university, later in 2013 it was separated from it. On August 1, 2020, the university was maintained by a trust foundation established by the state. The president of the board of trustees is Judit Varga, Minister of Justice. In 1999, the city of Miskolc awarded the university the honorary title of Pro Urbe. The University of Miskolc - the first of the Hungarian higher education institutions - won the Higher Education Quality Award in 2008, and in 2010 it was recognized as an Excellent University by the Minister. In the 2018 competition of Minőség-Innováció, it won the National Prize in the category of organizations operating in the field of education. 1001-1200 in the QS EECA University Rankings 2021. ranked the university 123rd in the emerging European and Central Asian region, and its mechanical engineering education was ranked 451-500 in the world. takes up space.

The ancestor of Miskolc University in Selmecbány, in 1735 III. Mining and metallurgical educational institute (Bergschule) founded by Károly, where advanced miners were trained for the first time in the world