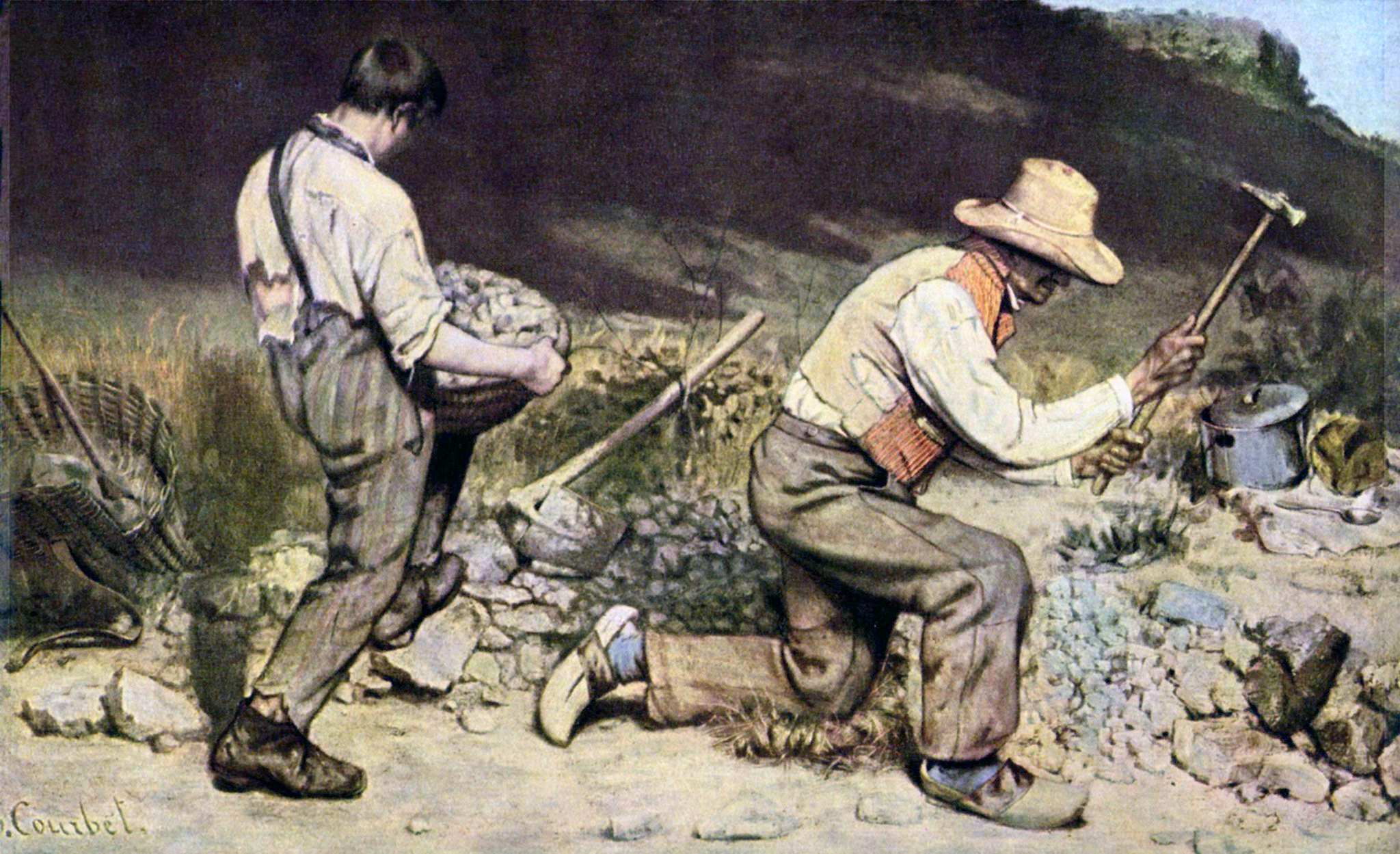 Realism is an art-literary trend that developed in the middle of the 19th century, striving for a comprehensive, faithful representation of reality and emphasizing its characteristic features. The name comes from the Latin word realis. Born in the heyday of Romanticism, as a contrast, it is the source of disillusionment with bourgeois, capitalist society. The two decades between 1850 and 1870 are the era of the triumph of realism. In both literature and painting, masterpieces argue for its raison d’être and right. Realism emphasizes the essential elements of reality as opposed to momentary phenomena, the opacity of the surface. It avoids random elements and compresses what you have to say in order to condense the essential connections in a condensed way. In landscape painting, he gives back the reality unfolding in front of him in large units, with the help of a cohesive brushwork, and he also has trouble taking care of the inner essence. The realistic depiction has turned away from the historical view of romance. Heroic themes have been replaced by an objective presentation of everyday life. Ordinary people, stonemasons, peasants, manual workers appear as characteristic representatives of their social class. The way of representation has introduced forms of expression true to nature. The style trend of realism should not be confused with the realist method of representation. The latter is the practical, artistic realization of the concept of mimesis (reflection) in Aristotelian aesthetics. It is based on an accurate and detailed observation of reality, with the aim of depicting the reality of community existence, more precisely the relationship between the individual and the community. In some ways, it is the opposite of romance, although it drew more from it than to reject it unequivocally and definitively. Instead of imagination, objectivity is paramount; also beware of exaggerations in detailed descriptions. Nor does it make the figures dominant: it is afraid of the rhetoric that reinforces emotions. Towards the end of the century, it borrows from parallel trends: naturalism, Art Nouveau, and Impressionism — it counterbalances mixing with strong intellectualization. Jack London, for example, is a representative of turn-of-the-century realism.

The fundamental feature of realism is that it does not criticize, it just shows. This trait was only crossed by the second phase of the development of realism, critical realism, which is already a little more critical, and from this evolved naturalism, which already highlights (and only those) the animal, furious, frightening qualities of man. Another characteristic is that it chooses one of the simplest means of presenting reality, long, detailed descriptions. He details every little detail with great care. His plot is straightforward, episodes and side threads known from romance are left out of realism. His “heroes” are ordinary people, types with ordinary qualities. Instead of the excitement of the actions, it depicts the protagonist’s soul (e.g., Dostoevsky Raskolnikov’s state of mind after the murder). A realistic writer is always prepared to write his work with incredible precision and precision (for example, with psychological and biological preliminary studies) Realist literature appeared almost simultaneously in Russian and French literature. In France, the goal of realism first appeared in Stendhal’s novels, primarily Red and Black, although Stendhal thought he was romantic, he knew. Balzac also worked from the 1840s, who wanted to paint as large a picture of the society of his time as possible in a large-scale novel cycle, The Human Play. French realism primarily sought to expose careerism. The Tsar in Russia is the Ukrainian