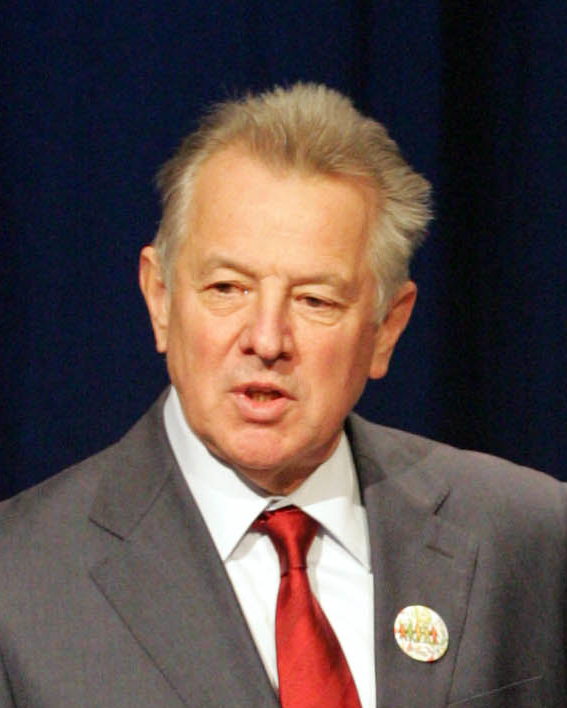 Pál Schmitt (Budapest, May 13, 1942 -), two-time Olympic champion duelist (1968, 1972), sports diplomat, diplomat, economist, politician, Secretary General of the Hungarian Olympic Committee from 1983 to 2010, then chairman, 1995 and Between 1999 he was the Vice-Chairman of the International Olympic Committee, and between 2010 and 2012 he was the President of the Republic of Hungary. In 2012, he became embroiled in a plagiarism that stirred a big storm when the weekly HVG found out that his small doctoral dissertation was almost entirely a literal translation of works by other authors. On March 29, the Senate of Semmelweis University revoked his doctorate title, resigning as head of state on April 2, retaining the large annuity due to former heads of state. Schmitt is also the only President of the Republic of Hungary who has not returned any law to Parliament during his term of office and has not requested a preliminary review of norms from the Constitutional Court. Career

In 1955, he began his career as a duelist at the Budapest Red Meteor and its successors, the VM Egyetértés and the MTK-VM. His first pentathlon was in 1958 in Székesfehérvár. As a duelist, he won three gold medals in the adult team championship between 1958 and 1960. In 1962, he was able to take the podium for the first time at the Hungarian Individual Championship. During his career, he won the Hungarian championship twice (1967, 1968). Between 1965 and 1976, he appeared in the Hungarian duel fencing team 130 times. He won a gold medal in the team at the 1965 Budapest Universiade. In 1966, he was fifth on the team at the World Cup. He achieved his first international success in 1967, when he won a world championship bronze medal as a member of the Hungarian dueling team. At the 1968 Mexico City Olympics, he became an Olympic champion with Pál B. Nagy, Csaba Fenyvesi, Győző Kulcsár and Zoltán Nemere as a member of the dueling team. He was not included in the individual competition. In 1969, he was a silver medalist in the World Cup team. 1970 World Team Champion; this success was repeated in 1971. His greatest individual success was the 1971 World Cup victory. At the 1972 Munich Olympics, he managed to repeat the Olympic victory with the dueling team, then with Sándor Erdős, Csaba Fenyvesi, Győző Kulcsár and István Ostrics. He had two wins in the final against Switzerland in the duel team competition. He was eliminated in the third round of the individual race. At the World Championships, he won a silver medal in 1973, a bronze medal in 1974 and a bronze medal in 1975. He also took part in the 1976 Montreal Olympics, where he placed 4th with a dueling team of the same composition as in 1972. He did not start in the individual competition. He withdrew from the national team in 1976 and from active competitive sports in 1977 because his hands ached many times.

In 1964, the court sentenced him to 4 months suspended imprisonment for a serious traffic offense, as he slipped in his car with only a two-week license and went into another car, one of whose passengers suffered an injury that healed for more than 8 days and suffered 2,000 forints in property damage. Written traces of all this also remained in a 1969 state security report on the fencing alliance. Later republican e