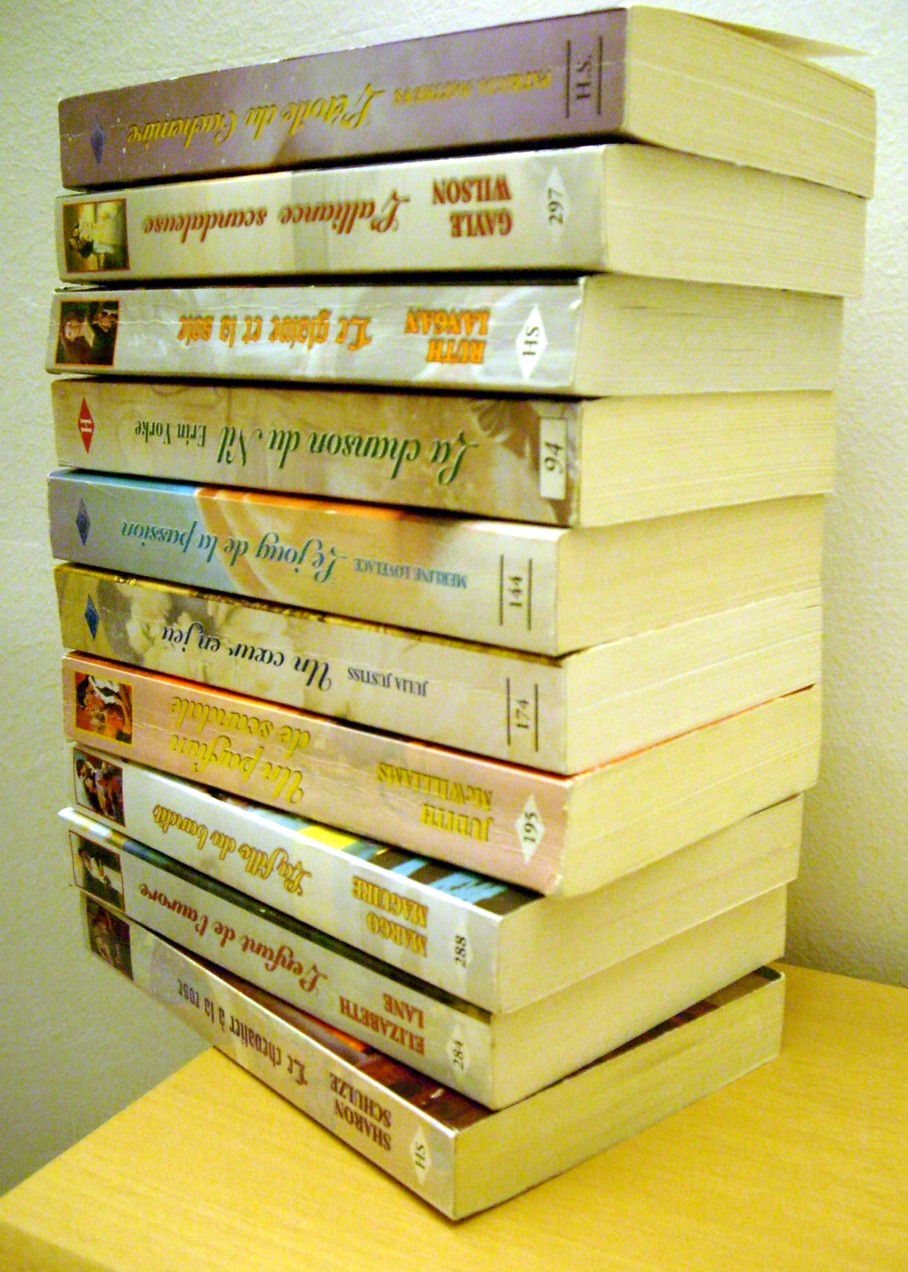 A love novel or romantic novel is a literary genre; works of this type usually deal with love between two people and end with an emotionally satisfying, optimistic ending. There are two types commercially available: shorter novels, which are available for about a month (such as Harlequin volumes), and larger-breathing volumes sold in bookstores. They can be divided into several groups by genre: there are, for example, historical love novels, works about science-fiction and paranormal phenomena, but also combining thriller or crime, and erotic works. One of Samuel Richardson's first love novels, Pamela, or the Reward of Virtue, was revolutionary in 1740. It was revolutionary in several ways: it was entirely about courtship, from the perspective of the protagonist. Jane Austen further developed the genre with Pride and Prejudice. Austen’s work inspired Georgette Heyer, who introduced the genre of the historical love novel to the public consciousness in 1921. A decade later, the English publisher Mills and Boon published the first short, series-like romantic novels published by Harlequin Enterprises Ltd in North America. The genre of the modern love novel was born in 1972 with the publication of Kathleen Woodiwiss’s novel The Flame and the Flower in Avon Books, Softback. In the 1980s, love novels were in their heyday. In North America, the love novel was the most popular literary genre, accounting for 55% of paperback books sold in 2004. Although very popular in Europe, most of the works born in this category come from English-speaking writers, which means the dominance of the Anglo-Saxon worldview within the genre.

According to the definition of the Romance Writers of America, the plot of a love novel is centered around two people as they fall in love and then monitors the development of the relationship. The conflict and climax of the novel should also be closely related to the theme of emerging love, although there may be side threads in the novel that do not necessarily belong closely to the main thread of love. In addition, romantic novels should have an emotionally satisfying and optimistic ending. Others, such as Leslie Gelbman, president of Berkley Books, have a shorter definition of a love novel: “the essence of the book is the romantic relationship between the protagonist and the protagonist.” In general, love novels reward the good and punish the evil, and that a couple who fights for love and believes in a relationship will eventually find eternal love. According to Nora Roberts, these books "celebrate falling in love, emotions, commitment, and all we really want." The so-called female novels (including the genre of chick lit) are not necessarily a sub-genre of the love novel, because these novels may also be about the protagonist's other relationships (friendship, family), which play as important a role as love. and the reader believes that there are additional characteristics of the genre, such as the protagonists having to meet at the beginning of the story, or that delicate topics such as adultery should not be included in the story. There has been much controversy over the view that a love novel does not always have to end in a happy ending, or that same-sex love cannot have a place in the genre. Some readers accept the non bo