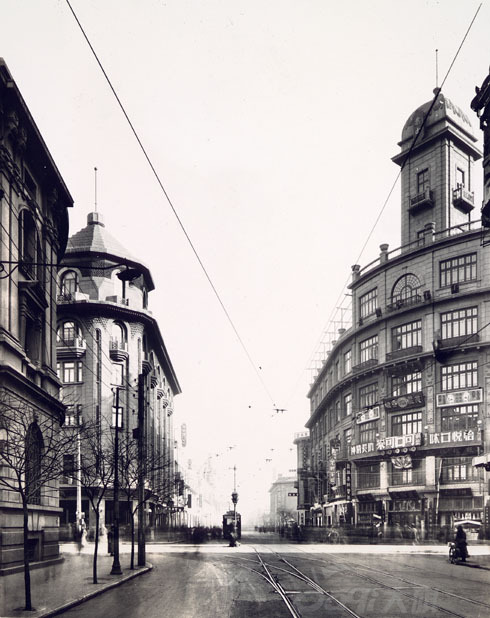 Tianjin Concession Zones in China Concession areas established in the southeastern part of Tianjin City, which operated as special administrative autonomy administered by nine countries. The concession was handed over to several foreign imperialist powers by the reigning house of China, the Qing Dynasty. The concession area was secured as part of a peace treaty that ended the boxing rebellion on September 7, 1901, in Beijing, an alliance of eight nations acting as international forces in the conflict. Based on this, in addition to the French and English concession territories of Tianjin and Shanghai, which had been handed over earlier in 1860, other nations also gained territories. Sixty percent of the area of ​​the then-inhabited city of Tianjin, which also had a sea exit, could be divided among the states involved in the fighting. Thus, on the west bank of the Hai he (Hai he) river, the concession areas of Japan, France, England and Germany were established on the west, while on the east bank of the river, the Austro-Hungarian, Italian, Belgian and Russian concession. The part of downtown Tianjin occupied by the Austro-Hungarian Monarchy covered an area of ​​about one hundred and fifty hectares. The concessions lasted from 1860 to 1945 and had a major impact on the later life of the city. Significant investments have been made and several of the buildings built during the concession period have survived to this day. The most important of these have become part of China's heritage protection program, and the international presence has greatly contributed to the competent authority's designation of Tianjin as a "historically and culturally significant city" in 2002, along with 103 Chinese cities.

In the period before the 19th century, the Chinese saw a European power presence unacceptable to them because it would have undermined the power of a strong empire. At the same time, European products flowed into the empire and there was a growing economic interest on the part of the great powers to influence the Chinese market. European converts also appeared and took part in shaping Sino-European relations, and as a result of their mission, more and more Chinese converted to the Christian faith. By the end of the 18th century, the English mission and the exchange of goods and the maintenance of exports and imports had become decisive for some Chinese traders. Sino-British trade initially showed a strong Chinese surplus, as the Chinese only accepted silver in return, and then the British compensated for this difference by selling opium. Trade was not smooth, as China banned opium imports in March 1839, leading to the so-called opium war. Safeguard duties and strict controls imposed by China were aimed at limiting the volume of foreign imports. European merchants could only trade in a few cities, and even there with the permission of the emperor, under the supervision of the clergy who served him. Over the centuries, trade operated in this form, and the Chinese did not take into account the strengthening of power in European states. There were regular imprisonments and executions to the detriment of Europeans, which were less and less tolerated by the other party. Several European countries were even ready to use military force to protect and expand their future great power aspirations. One of the main obstacles to resolving this situation was the historically weakening empire itself, as possible concessions