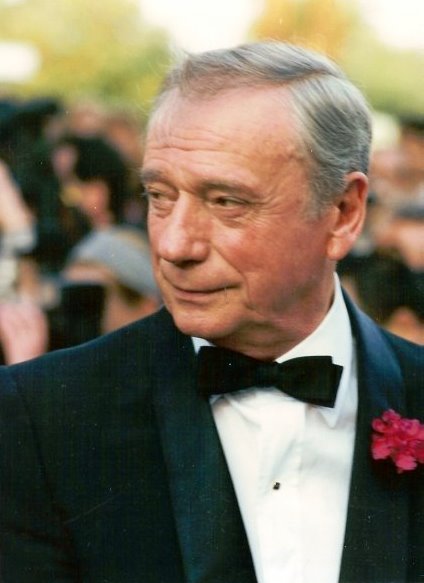 Yves Montand (Monsummano Alto, Tuscany, Italy, October 13, 1921 - Senlis, France, November 9, 1991) was a French chanter and film actor. Original name Ivo Livi. Career In the eyes of the foreigner, Yves Montand has long been the epitome of the French male idea, although his parents were Italian. He was two years old when his parents fled the fascists to France. He grew up in Marseille. He worked from the age of eleven. He was a sheet carrier, boiler blacksmith, hairdresser's assistant. A II. he went to Paris after World War II. Yves Montand began singing chansons in the mid-1940s. Edith Piaf also discovered her talent and generously helped. Yves Montand was the first to break with the traditions of stage dressing, the suit, the tie, he stood on stage in a “shirt”. She was extremely successful as a choron singer, but soon the film began to attract as well. His first and perhaps greatest success in the field of film is The Salary of Fear (Le salaire de la peur), directed by Henri-Georges Clouzot. He also filmed in America, in one of his films there his partner was Marilyn Monroe. His wife, Simone Signoret, wrote about his romance with Monroe in his memoir No Longer Nostalgia (La nostalgie n'est plus ce qu'elle ettait). Yves Montand was a very popular singer outside of France as well. He bought a lot of his records all over Europe and America. His frequently performed chansons around the world, from Paris to New York, Moscow, and Budapest, are about the uprising of the Lyons, the French partisans of World War II, the great boulevards and boulevards of Paris, and a very popular love song (Jean-Baptiste Cl composition from 1866), the latter also a symbol of the Paris Commune, humming on the barricades in 1871. He was also able to interpret the nostalgic and ironic chansons of Charles Trenet (1913–2001), including The Sea (La Mer), Que reste-t-il de nos amours. It radiated freshness, unbridled joy of life, the serenity of French landscapes. There were many celebrities among the 20th century French male chanters (Charles Trenet, Georges Brassens, Gilbert Bécaud (1927–2001), Charles Aznavour, but perhaps Yves Montand was the most beautiful and talented singer who could express the French people, and through him he was able to convey the pain and joy of all peoples, and he was able to convey the humorous scenes of life with his singing. In terms of his views, he was a believer in the French resistance movement and then communism, after 1968 he was a militant human rights activist. The air of French democracy gave great freedom to Yves Montand and all the artists who created there. In Budapest - at the beginning of 1957, the first to break the cultural blockade against the Kádár regime - he held a very successful chanson evening at the Erkel Theater. He died in 1991, resting next to his wife in the Père-Lachaise cemetery in Paris.