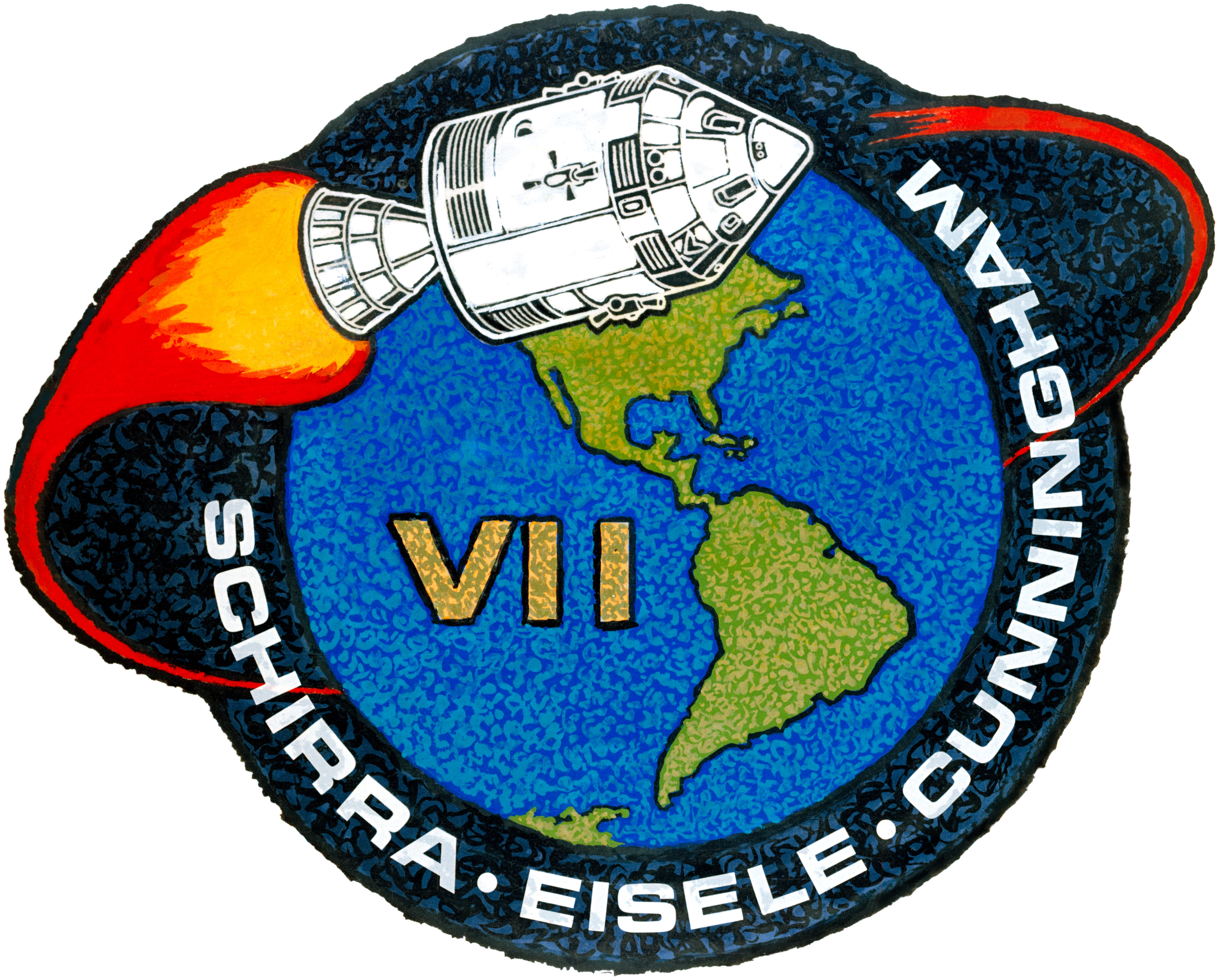 Apollo 7 was the first manned launch mission in the Apollo Program. This mission is an 11-day mission to orbit Earth, as well as the first manned launch of the Saturn IB launch rocket, and the first three-man space mission from the United States. This mission was launched from Cape Canaveral on October 11, 1968 and landed again on October 22, 1968. Apollo 7 orbited in space for 10 days 20 hours 9 minutes and 3 seconds, with a total of 163 orbital passes. This crew member was originally a backup crew for the crew of Apollo 1 who all died from the fire as the ship was about to escape from the Saturn rocket that launched it.

Wally Schirra (3), commander Donn Eisele (1), command module pilot Walter Cunningham (1), lunar module pilot*Numbers in parentheses indicate the number of flights by each crew, prior to and including this mission.