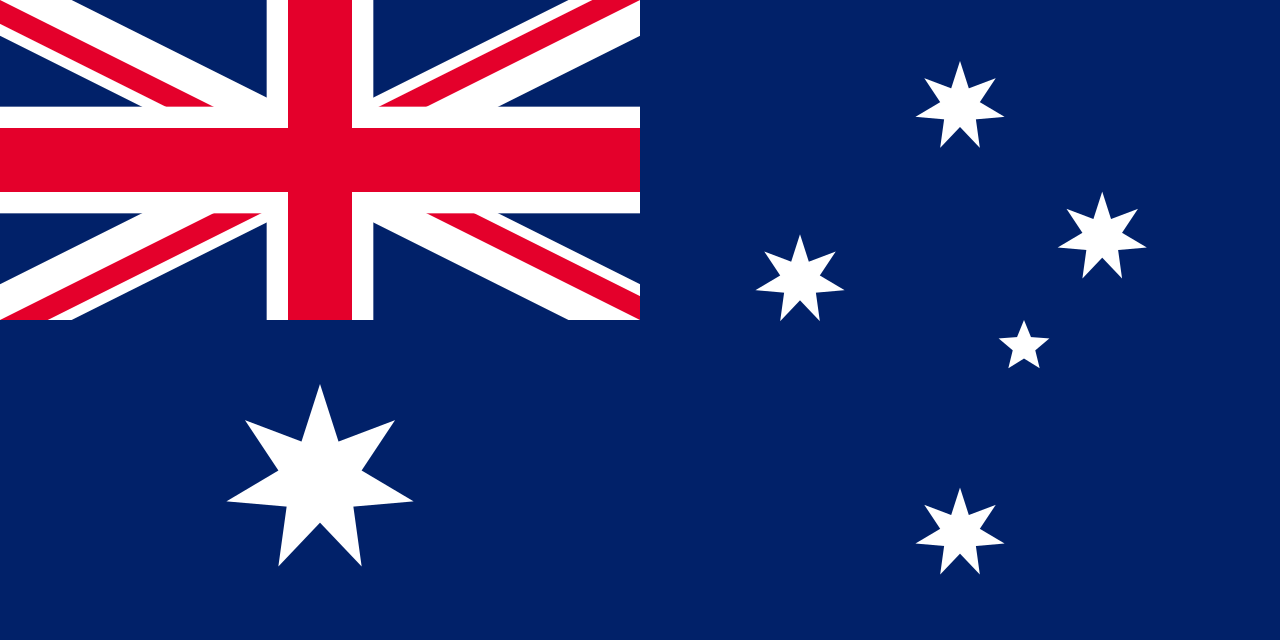 Australia, officially the Commonwealth of Australia (English: Commonwealth of Australia), is a country in the southern hemisphere consisting of the mainland of the Australian continent, the Island of Tasmania, and various smaller islands in the Indian Ocean, and the Pacific Ocean. Neighboring countries are Indonesia, Timor Leste and Papua New Guinea in the north; Solomon Islands, Vanuatu, and New Caledonia to the northeast; and New Zealand in the southeast. About 40,000 years before European occupation in the late 18th century, Australia was inhabited by Aborigines, who spoke one of 250 language groups. In 1606, European immigrants to the Australian continent were Dutch. However, in the late 18th century, the British occupied this continent, and made it a dumping ground for criminals. In the mid-19th century, gold mines were discovered in Australia so that the continent was crowded with immigrants. Since then, they have fought for independence to govern Australia on their own, independent of British control. Until now, Australia is a member of the British Commonwealth. After being discovered by Dutch explorers in 1606, the eastern half of Australia was recognized as British possession in 1770, and was occupied since the establishment of a prisoner colony in New South Wales, which was formally established on 7 February 1788 (despite ownership formally declared on January 26, 1788). The population increased statically over several decades, and by 1850 most of the continent had been explored, after which five more self-governing Crown Colonies were established. On January 1, 1901, these five colonies became federations, and the Commonwealth of Australia was founded. Since the days of the federation, Australia has maintained a stable liberal democratic political system, and is part of the world commonwealth. It has a population of 22 million, of which nearly 60% is concentrated or located near the administrative centers of the mainland states; namely Sydney, Melbourne, Brisbane, Perth and Adelaide. The capital city of the country is Canberra, in the Australian Capital Territory. Nearly 56% of Australia's population lives in Victoria or New South Wales, and nearly 77% lives on the east coast of the mainland. A prosperous developed country, Australia is the 13th largest economy in the world. Australia ranks highly in many comparisons of performance across nations such as development, quality of life, health care, life expectancy, public education, economic freedom, and protection of civil liberties, and political rights. Australia is a member of the United Nations, G-20 major economies, Commonwealth of Nations, ANZUS, AUKUS, Organization for Economic Cooperation and Development, Asia Pacific Economic Cooperation, Pacific Islands Forum and World Trade Organization

Australia comes from the word australis which in Latin means south. This country in various conversations is often referred to as Oz since the early 20th century. Aussie is a colloquial term for "Australian people/nation". Legends about Terra Australis—the "foreign lands of the South"—date back to Roman times, and are commonplace in medieval geography, though not based on any documented knowledge of the continent. Following European discoveries, the names for the Australian mainland are often referred to as the famous Terra Australis. The earliest documented use of the word Australia in English was in 1625 in "A note of Australia del Espíritu Santo, written by Master Hakluyt", and published by Samuel Purchas in Hakluytus Posthumus, an error of the original Spanish name Austrialia del Espíritu Santo for an island in Vanuatu. The Dutch adjective form Australische was used in the Dutch book in Batavia (Jakarta) in 1638, which refers to the newly occupied land