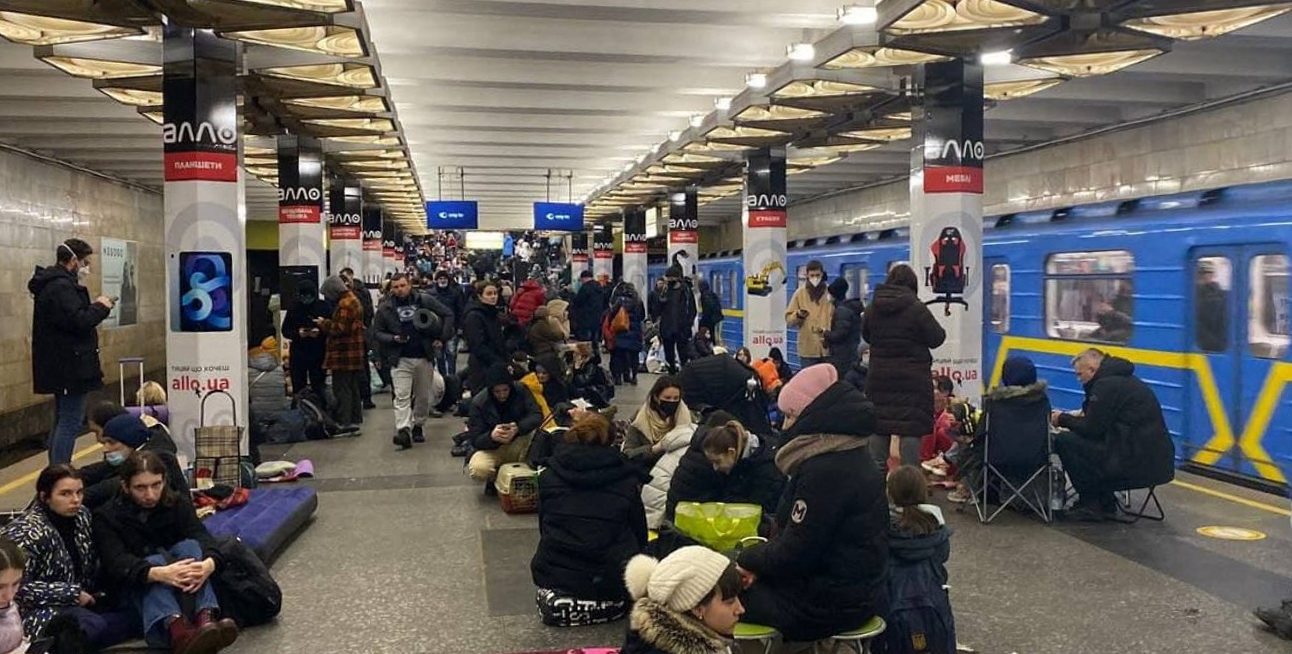 On February 24, 2022, Russia launched a large-scale military operation into Ukraine, one of its southwestern neighbors. this marks a key event in the Russo-Ukrainian war that began in 2014. Some officials and analysts have called this the largest conventional military offensive in Europe since World War II. The crisis began with a military buildup around the Ukrainian border, starting in early 2021. The US and other countries accuse Russia of planning an invasion, but Russian officials have repeatedly denied Russia has plans to invade Ukraine. As the crisis unfolded, Russian president Vladimir Putin condemned the post-1997 expansion of NATO as a threat to his country's security, a claim NATO denies, and demanded Ukraine be barred from joining NATO. Putin expressed views of Russian irredentism, and questioned Ukraine's right to sovereignty. Prior to this incident in an attempt to have a casus belli, Putin accused Ukraine of genocide against Russian speakers in Ukraine; accusations that were widely deemed unfounded. On February 21, 2022, Russia officially recognized the sovereignty of the Donetsk People's Republic and the Lugansk People's Republic, two unilaterally-proclaimed states controlled by pro-Russian forces in the Donbas. The next day, the Council of the Russian Federation unanimously allowed Putin to use military force outside Russia's borders, and Russia sent troops to both regions. At 5:00 am EET (UTC+2), President Vladimir Putin announced "special military operations" in Eastern Ukraine; Minutes later, missile attacks began across Ukraine, including in the capital Kiev. Ukraine's Border Service said its border posts with Russia and Belarus had been attacked. Two hours later, Russian ground troops entered Ukraine. Ukrainian President Volodymyr Zelenskyy responded by imposing martial law, severing diplomatic ties with Russia, and announcing general mobilization. The military operation drew widespread international criticism, including sanctions imposed on Russia, causing a financial crisis. Protests globally took place against Russia's actions, while anti-war protests in Russia were met with mass arrests. Both before and during this event, many countries provided assistance to Ukraine, including weapons and other material support. Background

Post-Soviet context and the Orange Revolution

After the dissolution of the Soviet Union in 1991, Ukraine and Russia continued to maintain close relations. In 1994, Ukraine agreed to abandon its nuclear arsenal and signed the Budapest Memorandum on Security Guarantees on the condition that Russia, Britain and the United States would provide guarantees against the threat or use of force against the territorial integrity or political independence of Ukraine. Five years later, Russia is a signatory to the Charter for European Security, in which Russia "reaffirms the inherent right of every participating State to freely choose or change its security arrangements, including alliance agreements, as they develop". controversial walk. In November, the then prime minister Viktor Yanukovych was declared the winner, despite allegations of vote-rigging by election observers. The election results resulted in the outrage of supporters of his rival candidate, Viktor Yushchenko. This later resulted in widespread peaceful protests against the results, which became known as the Orange revolution. In the turbulent months of the revolution, candidate Yushchenko suddenly became seriously ill, and it was soon discovered by several independent groups of doctors that he had been poisoned with TCDD dioxin. Yushchenko strongly suspects Russia's involvement in the poisoning. After the Supreme Court of Ukraine