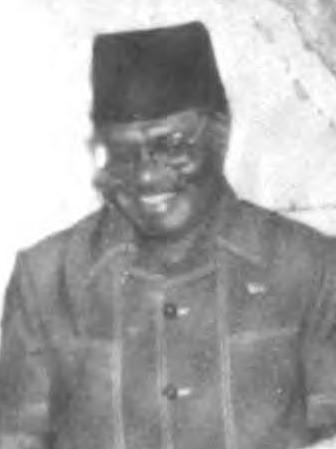 Jacob "Jack" Pattipi (25 July 1938 – 15 October 2001) was the 10th Governor of Irian Jaya who served between 1993–1998. Born in Fakfak, Pattipi studied at the Dutch New Guinea civil service academy before being assigned for the first time as a civil servant (PNS) in Sorong. After the territory of Dutch New Guinea was merged with Indonesia, Pattipi migrated to Malang to study at the Institute of Government Science and graduated in 1970. He returned to Papua after graduating and had a career as civil servant in Merauke Regency until he was appointed as Regent of Merauke five years later. Pattipi served as regent for nine years. One of the problems faced by Pattipi during his tenure as regent was that the timber could not be exported and caused public unrest. He followed up by ordering civil servants not to get involved in cutting wood and asking timber companies in the area not to pay loggers in cash. He also started the construction of an oil depot in the district which was initiated by the Pertamina company and financed by the state. He was appointed to serve as Assistant Governor in the middle of his term as regent. After a year in office, he was appointed as Chairman of the Regional Development Planning Agency. Pattipi was elected by the Irian Jaya Regional House of Representatives (DPRD) as Governor of Irian Jaya in April 1993. He was sworn in a few days later. The development programs that he implements focus on the agricultural sector and are considered to have only adopted the programs implemented by the government on the island of Java so that they do not have a significant impact in Irian Jaya. Pattipi also called for the intensification of the transmigration program which is considered an important component in developing Irian Jaya Province and a solution to overcome the shortage of human resources. During his tenure as governor, Pattipi replaced the General Director of the Regional Development Bank of Irian Jaya who made him report for alleged defamation, increased the position of deputy governor from one to three in an effort to prepare for the expansion of the province, and formed a number of new districts and cities in the Irian Jaya region. . Due to the heart disease and stroke he suffered in the middle of his tenure, a number of students asked him to resign from his position. Pattipi ended his five-year term on April 9, 1998 and he was replaced by Freddy Numberi who was elected Governor of Irian Jaya by the DPRD of Irian Jaya. He died three years later on October 15, 2001.

Childhood and career as civil service

Pattipi was born on July 25, 1938 in Siboru Village, Wartutin, Fakfak, Afdeeling Nieuw-Guinea. Pattipi received her high school education at Opleidingsschool voor Inlandsche Bestuursambtenaren, an educational institution for civil service. He graduated from the educational institution in 1958. Pattipi then began his career as a civil servant when he was placed as district head in Sorong. After that, Pattipi underwent various assignments in various regions of Dutch New Guinea. During his tenure as civil service officer in Dutch New Guinea, Pattipi was active in the Dutch New Guinea Christian Workers Union as general treasurer and as treasurer of the Sorong Volleyball Association. He managed to win a volleyball championship held by the association. After Dutch New Guinea entered Indonesian territory in 1962, Pattipi pursued further education in civil service at the Malang Institute of Government Science (now the Institute for Domestic Administration). He was part of the first batch of the institute and graduated in 1970. In 1971, a boycott by the leadership of the Free Papua Organization in Merauke called on local people not to vote in the Indonesian general election held in Merauke.