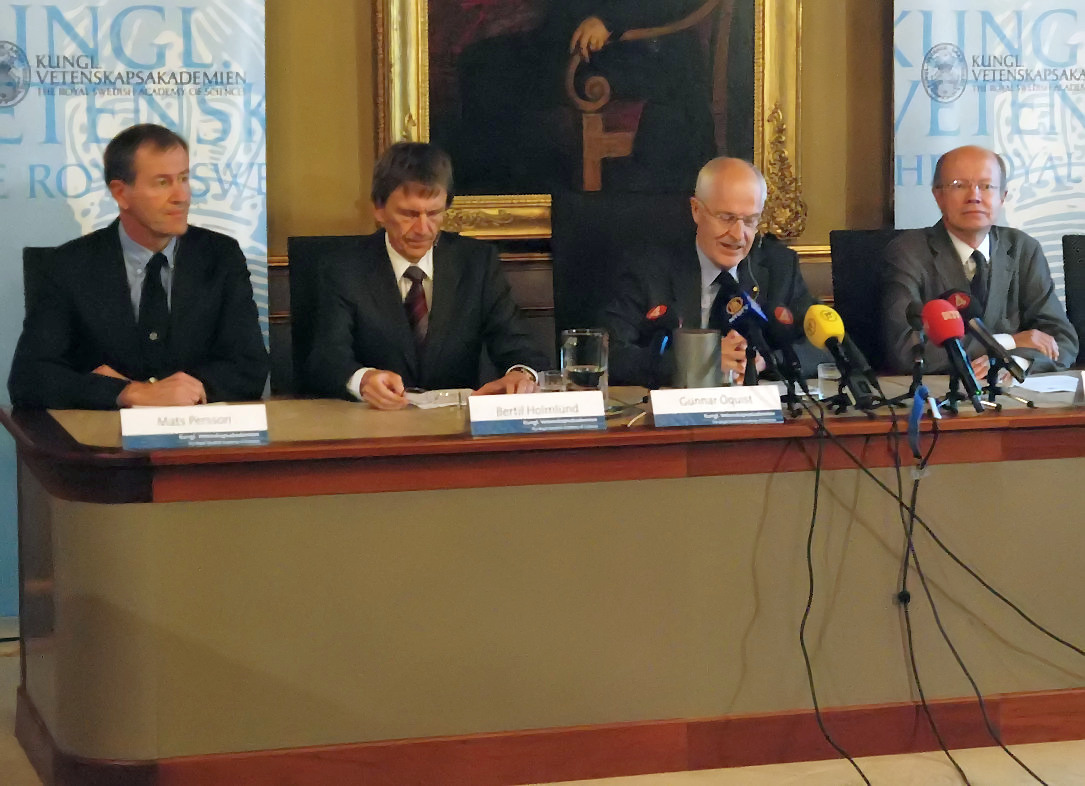 The Sveriges Riksbank Prize in Economics in Memory of Alfred Nobel, commonly referred to as the Nobel Prize in Economics, is an award for outstanding services to economics, and is generally regarded as the most coveted award in the field. The award was established in 1968 by a donation from Sweden's central bank, Sveriges Riksbank, on the bank's 300th anniversary. Although the award is not one of the awards that Alfred Nobel founded at his will in 1895, the award is named along with other Nobel Prizes by the Nobel Foundation. The winners are announced along with other Nobel Prize winners, and are awarded the prizes at the same event. The recipients of the Nobel Prize in Economics are selected by the Royal Swedish Academy of Sciences. The award was first awarded in 1969 to the Dutch and Norwegian economists Jan Tinbergen and Ragnar Frisch.