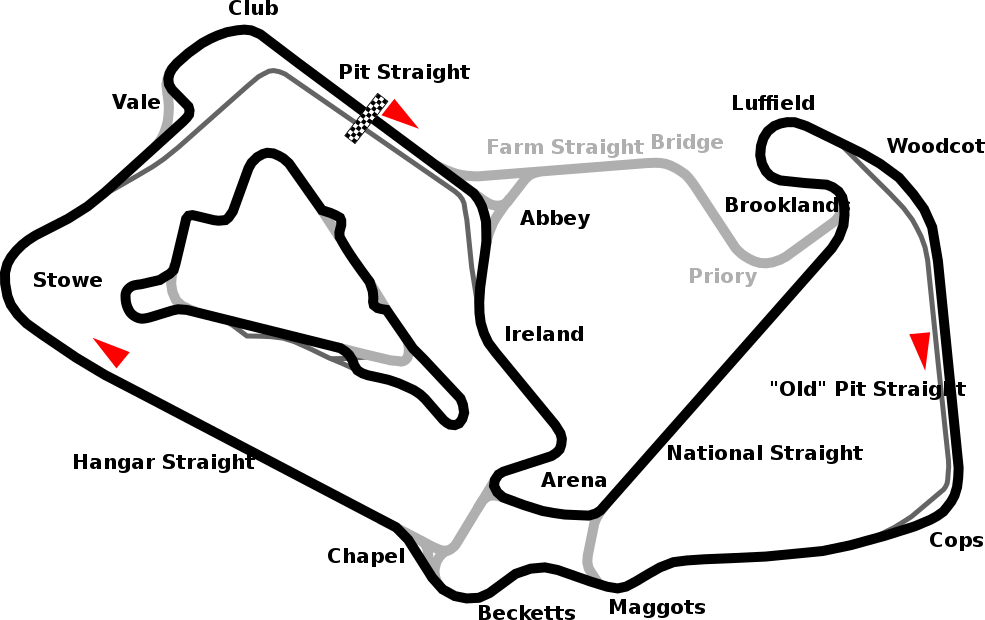 The Silverstone Circuit is a racing circuit located in Silverstone, England, near the Northamptonshire Countryside. The circuit is home to the British Grand Prix, which was first held in 1948. In Formula One, Michael Schumacher had an accident at this circuit in July 1999, in which he broke his leg. The circuit opened in 1948 as a former British Royal Military Airfield. Since then, various kinds of renovations have been carried out so that the circuit does not look too like an airfield, and the last renovation was carried out in the 2010 season as various races stopped at this circuit. Apart from F1 of course there are other races held at this circuit, such as MotoGP and Superleague Formula.

The circuit is on the site of the British Air Force's former World War II air base, which first opened in 1943. The base houses Operational Training Unit No. 17. The airbase's three runways, in a triangular configuration, can still be seen in the current circuit layout. Silverstone was first used by an 'ad hoc' group of friends who organized an impromptu race in September 1947. One of its members, Maurice Geoghegan, lives near the Silverstone countryside and knows very well that the air base is derelict. he and 11 of his friends raced on a 2-mile circuit, where Geoghegan bumped into a sheep traveling to the base. The sheep also died. This informal race is known as the Mutton (Lamb) Grand Prix.

Silverstone also hosts many club racing series as well as the world's largest historic racing meeting, the Silverstone Classic. there is also the UK's only 24-hour car race, the Britcar 24, which is currently in vogue. The circuit has also hosted the exhibition rounds of the D1 Grand Prix in 2005 and 2006. The circuits used, starting from the main straight used in club races, use the Brooklands and Luffield bends to form the S bend – a must in drifting – and were considered by one of the judges. , Keiichi Tsuchiya, as the most technical drifting circuit. the section, which was used for drifting races since 2002, is now used for the European Drift Championship rounds. Then this circuit is also used for the Formula Student Competition which is held by iMechE every year. Silverstone also hosted the World Rallycross Championship from 2018, but it was canceled for the 2020 season due to economic reasons. In 2010, Silverstone hosted its first Formula Superleague race.

Max Verstappen's lap (1:27,097) at the 2020 British Grand Prix is ​​the official race lap record for the current circuit configuration, which was only built in 2011. The diagram on the left depicts the changes to this circuit's configuration from 1948 to the present. The official lap record is set during the race, although qualifying times are usually faster. The fastest qualifying time was 1:24,303, scored by Lewis Hamilton in 2020.