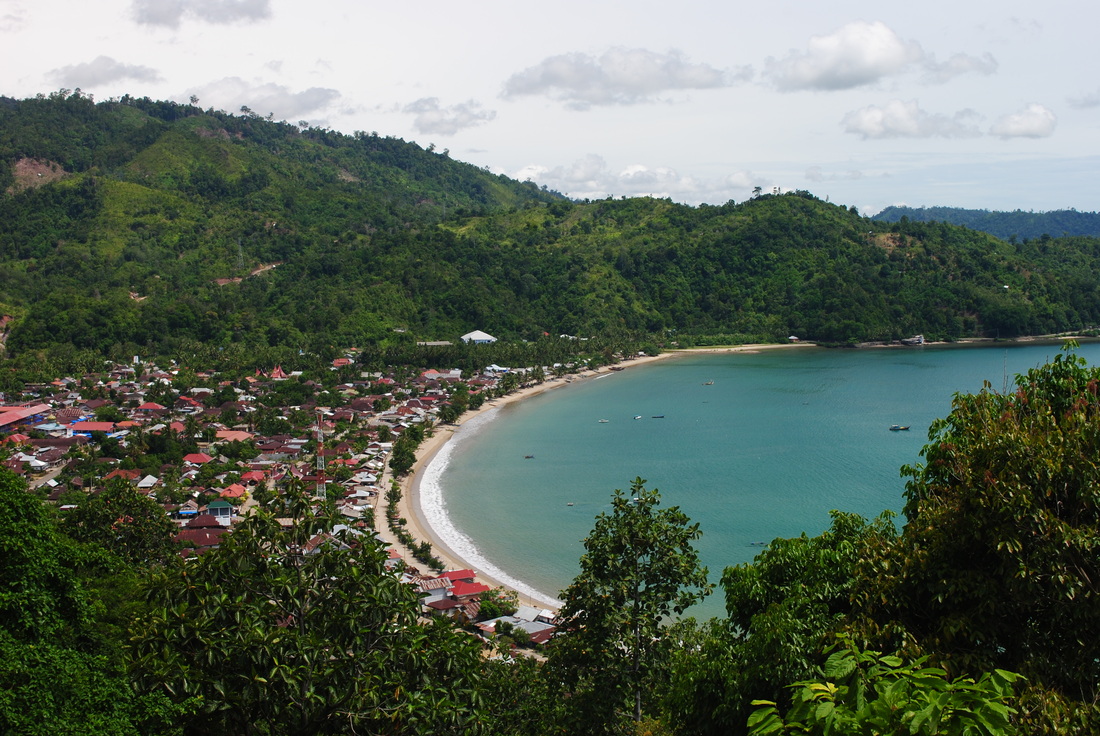 West Sumatra (abbreviated as West Sumatra) is a province in Indonesia located on the island of Sumatra with the capital city of Padang. The province of West Sumatra is located along the west coast of central Sumatra, the Bukit Barisan plateau to the east, and a number of islands off its coast such as the Mentawai Islands. From north to south, the province with an area of ​​42,012.89 km² is bordered by four provinces, namely North Sumatra, Riau, Jambi and Bengkulu. West Sumatra is home to the Minangkabau ethnic group, although the Minangkabau adat area itself was wider than the current administrative area of ​​West Sumatra Province. In 2020, this province has a population of 5,534,472 people with the majority being Muslim. West Sumatra consists of 12 regencies and 7 cities with the division of administrative areas after sub-districts in all districts (except Mentawai Islands Regency) called nagari.

The name of the Province of West Sumatra originated in the Vereenigde Oostindische Compagnie (VOC) era, where the regional designation for the west coast of Sumatra was Hoofdcomptoir van Sumatra's westkust. Then, with the strengthening of the political and economic influence of the VOC, until the 18th century this administrative area had covered the west coast of Sumatra from Barus to Inderapura. Along with the fall of the Pagaruyung Kingdom, and the involvement of the Netherlands in the Padri War, the Dutch East Indies government began to make the Minangkabau hinterland. as part of Pax Nederlandica, the area was under Dutch control, and the Minangkabau area was divided into Residentie Padangsche Benedenlanden and Residentie Padangsche Bovenlanden. Furthermore, in the development of the administration of the Dutch East Indies colonial government, this area was incorporated into the Gouvernement Sumatra's Westkust, including the Residentie Bengkulu area. which the British had just handed over to the Dutch. Then it was expanded again to include Tapanuli and Singkil. However, in 1905, the status of the Tapanuli area was upgraded to Residentie Tapanuli, while the Singkil area was given to Residentie Atjeh. Then in 1914, Gouvernement Sumatra's Westkust, downgraded its status to Residentie Sumatra's Westkust, and added the Mentawai Islands region in the Indian Ocean to Residentie Sumatra's Westkust, and in 1935 the Kerinci area was also merged into Residentie Sumatra's Westkust. After the split of Gouvernement Sumatra's Oostkust, the areas of Rokan Hulu and Kuantan Singingi were given to Residentie Riouw, and Residentie Djambi was also formed at almost the same period. During the Japanese occupation, Residentie Sumatra's Westkust changed its name to Sumatora Nishi Kaigan Shu. On a military geostrategic basis, the Kampar area was removed from the Sumatora Nishi Kaigan Shu and included in the Rhio Shu region. At the beginning of Indonesian independence in 1945, the West Sumatra region was incorporated into the Sumatra province centered in Bukittinggi. Four years later, the province of Sumatra was divided into three provinces, namely North Sumatra, Central Sumatra, and South Sumatra. West Sumatra along with Riau and Jambi are part of the residency within the province of Central Sumatra. During the PRRI period, based on the Emergency Law No. 19 of 1957, Central Sumatra Province was further divided into three provinces, namely West Sumatra Province, Riau Province, and Jambi Province. The Kerinci area, which was previously part of the Pesisir Selatan District of Kerinci, was merged into Jambi Province as a separate district. Likewise, the Kampar, Rokan Hulu, and Kuantan Singingi areas are set to be included in the Riau Province. Furthermore, the new capital city of West Sumatra province is still in Bukittinggi. Then based on the Decree of the Governor of West Sumatra No. 1/g/PD/1958, on 29 May 1958 the provincial capital was moved to Padang.

West Sumatra is located in pe