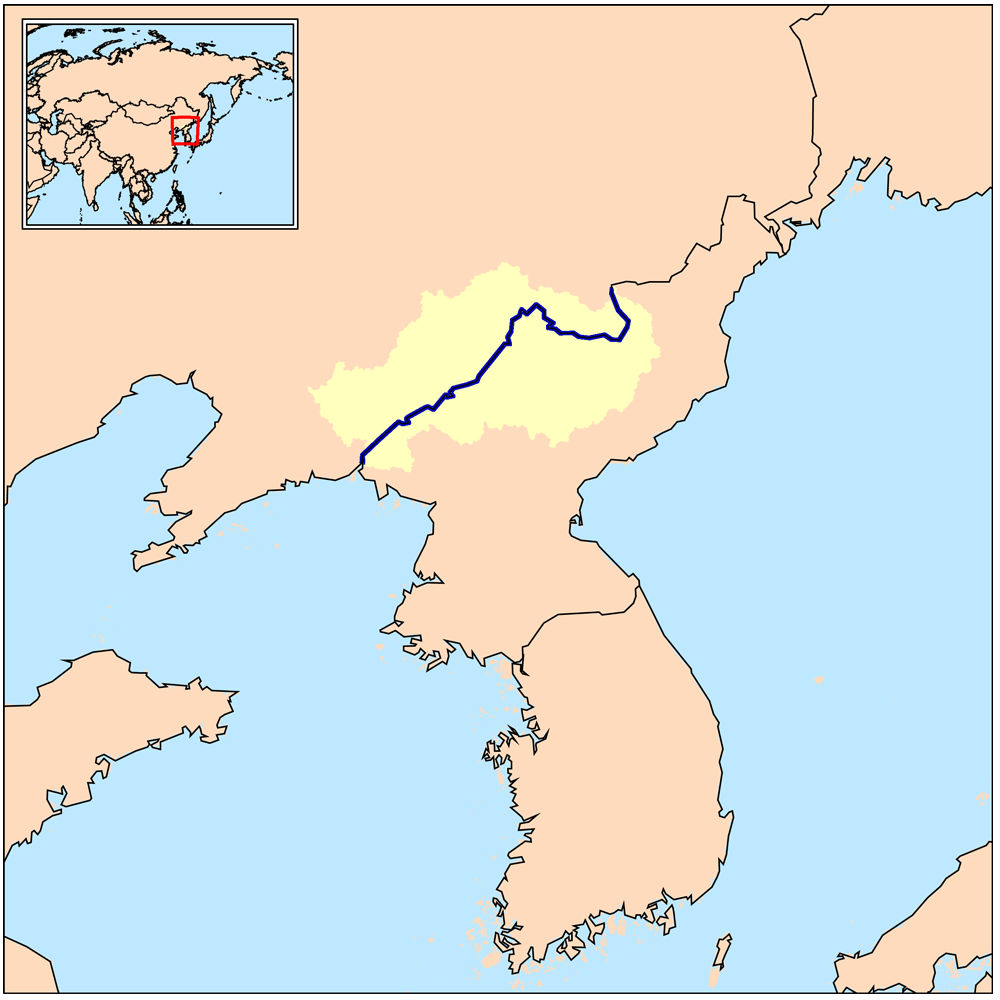 The Yalu River (Manchu and Chinese) or the Amnok River or Amnok-gang (Korea) is a river that flows and borders China (Jilin and Liaoning provinces) and North Korea. The meaning of the name is "border between two countries". The river rises from Mount Baekdu in the Changbai Mountains range and flows south and empties into the Gulf of Korea between the cities of Dandong (People's Republic of China) and Sinuiju (North Korea). The Yalu River is 790 km (491 mi) long. The most important tributaries of the Yalu are the Changjin (長 津 江), Heochun (虚 川江) and Tokro Rivers. Despite having a fairly wide width (the widest part reaches 5 km), the average depth is 3 m and is shallow so that only a few parts can be navigated by the ship.